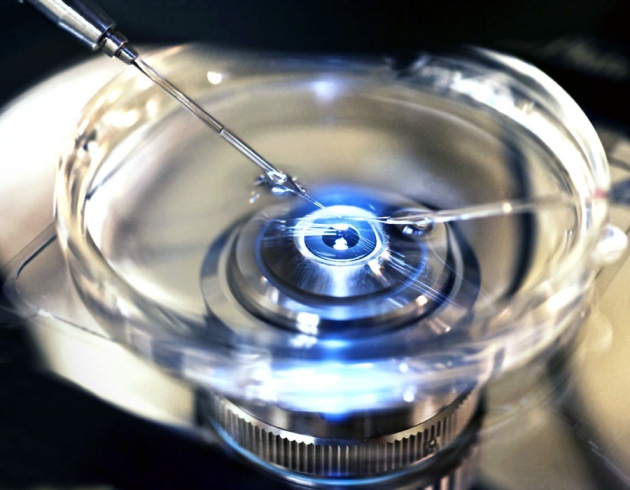 Following a 3 February vote in the UK House of Commons, the world may once again look to Britain to lead in fertility treatments, 37 years after in vitro fertilization (IVF) was pioneered in the country.

The vote lifts a ban on gene-altering fertilization techniques known as mitochondrial replacement, or three-person IVF, in which mitochondria — the cell’s energy-processing structures — from a donor’s egg cell contribute to a couple’s embryo. The procedures are intended to prevent the transmission of diseases caused by mutations in mitochondrial DNA. The vote, won by 382 in favour versus 128 against, will still need to be confirmed by the House of Lords, which is widely expected to pass the law. Once approved, the Human Fertilisation and Embryology Authority (HFEA), Britain’s fertility regulator, will be allowed to license clinics to carry out the procedures from October, although it could be some time before the first human trials begin.

Many reproductive biologists see this as a step that will affect the field on a global scale. “We’ve been hoping that the UK will take the lead,” says Shoukhrat Mitalipov, a stem-cell scientist at Oregon Health & Science University in Portland. His team hopes to apply to the US Food and Drug Administration (FDA) for permission to conduct clinical trials of mitochondrial replacement. Although its regulatory debate is a bit behind the United Kingdom’s, “the US is going down the same path”, Mitalipov says.

An estimated 1 in 5,000 children are born with diseases caused by mitochondrial mutations, which typically affect energy-hungry tissues such as the brain, heart and muscles. All mitochondrial DNA is inherited from the mother, and some women carry harmful mitochondrial mutations without having symptoms themselves. Their children can experience debilitating and sometimes fatal conditions such as muscular dystrophy or heart disorders.

Before giving a green light to clinics wishing to offer the treatment, the HFEA will probably want further evidence that the procedure is safe, and will vet applications on a case-by-case basis.

The United Kingdom was one of the few countries that explicitly banned mitochondrial replacement by law. In many countries, including China and Japan, the techniques are prevented by regulations that should be simpler to overturn, without legislative intervention, says Tetsuya Ishii, a bioethicist at Hokkaido University in Japan.

The same applies to the United States. Since 2001, the FDA has enforced a moratorium on mitochondrial replacement, after a New Jersey fertility clinic conducted a related procedure to improve conception rates. Mitalipov’s push to launch a clinical trial of mitochondrial replacement set off a series of scientific, ethical and policy reviews that are still under way.

In February 2014, an FDA advisory panel held a two-day meeting to consider the science of mitochondrial replacement. The panel identified areas in which it wanted to see more data, such as the long-term health of monkeys conceived through the procedures, before it could move to allow mitochondrial replacement. It will probably take two to five years to fill in these gaps, says Evan Snyder, a stem-cell biologist at Sanford-Burnham Medical Research Institute in La Jolla, California, who is chair of the FDA panel.

Australia is also pondering three-person IVF. Although the country’s lawmakers opted against relaxing the rules after a 2011 review of human-cloning legislation, the UK vote will “provide enormous ammunition” for those seeking changes, says David Thorburn, a geneticist at the University of Melbourne, Australia. Still, he adds, “my gut feeling is that it’s unlikely to succeed until this has been done in practice in the UK”.