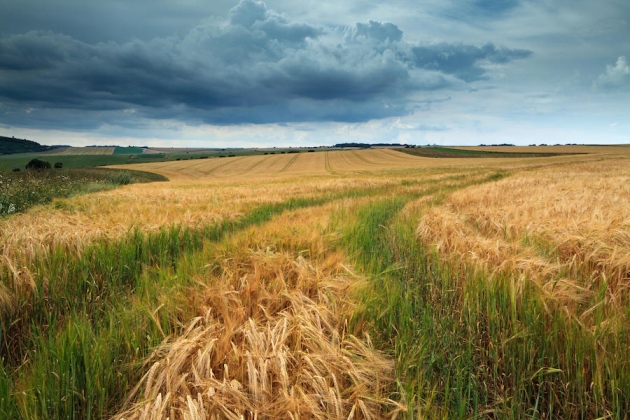 Agriculture research may do well from UK funding changes, but dark clouds loom for others.

Funds dedicated for research on developing-world problems will eat into the core science grants of the United Kingdom's research councils over the next five years, documents released by the councils show.

After enduring years of flat funding, scientists had celebrated in November as the government committed to increasing science spending, rather than delivering the cut many had feared was imminent.

But although the science budget — which in 2016 will be £4.7 billion (US$7.1 billion) — will rise in line with inflation, some of it will be diverted into government-defined research programmes. The remaining portion — the ‘responsive-mode’ allocation that the research councils hand out on the basis of competitive applications from scientists — will fall.

“It's going to be a very constrained situation going forward,” says Alison Davenport, a materials scientist at the University of Birmingham and chair of the Science and Technology Facilities Council science advisory board.

That constraint is down to the creation of a Global Challenges Research Fund (GCRF), dedicated to research that addresses the problems faced by developing countries and backed with £1.5 billion for 2016–20. The fund was announced in November, but the release of the research councils’ delivery plans earlier this month makes clear exactly how much cash is being allocated to the GCRF by the government and what this will mean for responsive-mode grants.

In 2015–16, the six science-based research councils have £2.3 billion in their day-to-day 'resource' spending. This will be roughly the same in 2020, but by then the councils will have been allocated around £93 million per year for the GCRF, with a concomitant cut to the rest of the resource spending of around 5%.

James Wilsdon, who studies research policy at the University of Sheffield, warns that there could be even more pain to come, as another new fund is also on the way. This will fund interdisciplinary research and could slice another 3–5% from councils' research budgets, he says.

The combination of money being taken by the GCRF and this new fund will mean the amount available for traditional grants is even further reduced, says Wilsdon. “It's pretty bad news for bottom-up, researcher-led research, in favour of more directed work.”

Andrew Steele, a computational biologist at London’s Francis Crick Institute and vice-chair of the campaign group Science is Vital, points out that even the money promised for the GCRF is not exactly new. It comes from the budget of the Department for International Development, and is part of the United Kingdom's commitment to spend 0.7% of its gross national income on overseas aid. “It's taken from one department and tacked on to the research councils, so it looks like the budget is going up,” he says. “But the total amount of money for science is the same as before.”

Details on how the global-challenges fund will work are scarce. A modest portion of its budget will go directly through the research councils, but the lion's share will be controlled by a new 'super-council' called UK Research and Innovation. This will in future absorb the research councils as well as several other aspects of UK research funding, the government announced on 16 May.

Mark Claydon-Smith, the GCRF programme manager for Research Councils UK, says that the fund will award money in areas aligned with Britain's strategic priorities for overseas aid, as well as the United Nations' Sustainable Development Goals. He says that the fund will “follow the norms of the research councils” — for example, it will have an independent advisory board to guide its strategic direction and will consult with the research community. “It's very formative at the moment, we're just developing the processes and structures,” he says. “We expect to consult the research community over the next several months to refine and develop the broad themes, and make sure the agenda makes sense.”

The first calls for proposals using the research councils’ portion of the GCRF were released on 13 May, offering more than £40 million for work in agriculture, food, infectious diseases and non-communicable diseases.

Lee Cronin, a chemist at the University of Glasgow, points out that it will be easier for some researchers to take part than others — much of the work done by biomedical researchers, for example, is already relevant to international-development work. “It will be harder for others to do work that falls into this fund,” he says.

Although Cronin welcomes the new fund — “it's a great way to incentivize scientists to help the world”, he says — he still would have liked to see an increase in conventional grants too. “I don't mind the challenge,” he says. “But if the research base is eroded, my ability to respond to that challenge is eroded.”

This story did not make clear the exact way in which the GCRF funds will be allocated by the government. The text has been changed to make this more explicit. In addition, part of Alison Davenport’s quote about flat funding has been removed as she was speaking specifically about the Science and Technology Facilities Council, which again was not clear from the context.