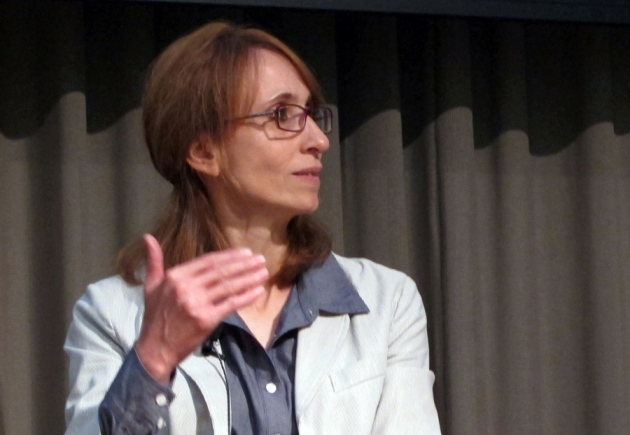 The exodus of scientists out of Syria as a result of war was the topic of crisis talks organized by the Institute of International Education (IIE) in New York last week. In the past two years, 98 Syrian scholars have applied to the IIE's Scholar Rescue Fund (SRF), which provides fellowships abroad to faculty who are threatened in their home countries. About ten times more than applied between 2002 and 2011.

Syrian neuropharmacologist Amal Alachkar, an SRF fellow at the University of California, Irvine, was at the meeting. An expert on the neurological causes of schizophrenia and depression, Alachkar founded the first neuroscience research lab in Syria, which opened at the University of Aleppo in 2010. But she fled the country in 2011, out of fear of retaliation for her critical position towards the government. She talked to Nature about her experiences.

What was the academic world like in Syria before the war?

After 40 years of dictatorship, you see no culture of free speech, and corruption: positions in the administration largely depend on loyalty to the regime. On the other hand, in the last few years we have witnessed a slow improvement, thanks to young scholars educated abroad.

What role did professors have in the Syrian uprising?

Students ignited the uprising, but professors did not take a prominent role: they had bad experiences in the 1980s, when several opposition faculty disappeared.

What position did you take?

After the massacre of Deraa in March 2011, I condemned it during my lectures. Just two days later, I was interrogated by the [Syrian] Air Force. I was released, but the warning was clear: never do it again, because next time it won't be like this. Only three months after, philosophy professor Jamal Tahhan was arrested for his peaceful protests and tortured. Many other detentions, tortures and killings of scholars followed.

Why did you leave Syria?

I felt my life would be in danger if I continued to speak out. So I left in August 2011, thanks to a Hubert H. Humphrey Fellowship at Pennsylvania State University [in University Park]. I thought this ugly regime would fall in less than 10 months, as in Libya, Egypt or Tunisia. But it was not so. So I have remained in the United States with an SRF fellowship since June 2012.

Why are scholars targeted?

Sometimes for their political opinions: that’s why hundreds of professors don’t speak out. Sometimes they are killed by random shelling or snipers or at checkpoints. Sometimes, for coming from certain cities or having certain surnames. Some medical doctors are targeted for helping people in the areas under attack. The regime is afraid of professors. When I posted a picture on Facebook of myself demonstrating in the United States on the anniversary of the uprising, a student commented: “Your lectures in pharmacology were great, but this is one of your greatest lectures.”

Does violence against scientists come from the government only, or also from rebels?

I have heard that some scholars have been targeted [by the rebels] for belonging to a minority, but the number is much smaller [than that of] those targeted by the regime.

How is research infrastructure affected by the war?

My lab was targeted by Shabiha, [a militia that supports Bashar al-Assad, the president of Syria]. They broke in and destroyed it while trying to catch students. The five main public universities, all under the government’s control, are still working somehow. But the education system has collapsed. My department has lost its entire staff — some fled the country, and others are not able to get to the university.

What is the effect of these refugee movements?

This is the most tragic problem. Many students leave the country without documents, so they cannot study abroad. Moreover, tuition fees are very high in Jordan. Egypt has revoked the law that made Syrian [university] students’ fees the same as Egyptian students' fees. Fortunately, Turkey has put in place a similar law.

The regime has stopped the collaborations my group had with [researchers in] Turkey, the United States and Europe, because they are considered enemies. Sanctions and an increased budget for the military generate a large lack of material and financial resources for research. We had a very good cell line in the University of Aleppo, but it was lost after an electricity cut of several days.

What can be done to help?

If each university abroad could support just one [scholar], thousands of minds would be saved. The IIE is also working on a distance-learning programme for students in refugee camps. The Free Syrian University on the Turkish border has started enrolling students.

What happens if we do not support scientists in Syria?

The regime will fall sooner or later, but the country will have to be rebuilt. We are facing a lost generation, hundreds of thousands of students lacking access to education. A new higher-education system is essential to bring back the culture of freedom, democracy, tolerance and reconciliation in Syria: without all this we are going to face a fragmented country. There is no chance to move our country forward without intellectual power.