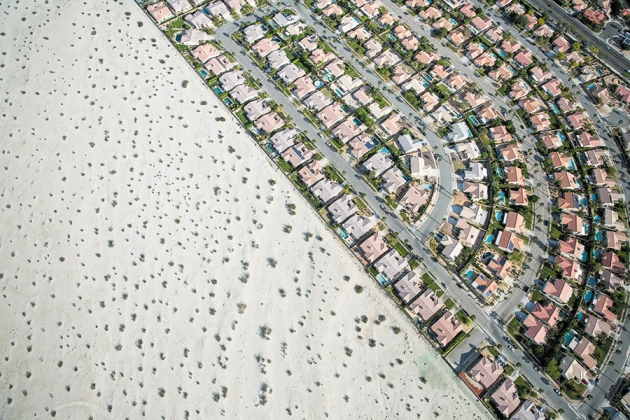 Desert looms at the edge of Cathedral City, California.

Since 2012, California has been experiencing its worst drought in more than a century. Temperatures are breaking records and the region is down a year's worth of rainfall1. Forests, fish and wildlife as well as the regional economy are struggling.

California is known as the United States's salad bowl because of its prolific fruit, vegetable and nut production. But fields have had to be left fallow, contributing to statewide losses of US$2.2 billion in 2014 (ref. 2). More than 12 million trees have died (see go.nature.com/vrgp1e), with cascading impacts on amphibians, birds and mammals3. Streams and wetlands are drying up, including the American River hatcheries of steelhead and Chinook salmon. More than 17,000 jobs have been lost, mainly in poor rural communities2.

California's ecosystems evolved under tremendous natural variation in weather and water availability. Extreme droughts tend to occur every century or so. But in the past 100 years, human activities have been drawing heavily on the water budget. Since 1950, growth in the state's population and agriculture have almost doubled water use. Whether California's drought is linked to the potential of rising greenhouse-gas emissions to increase the frequency of extreme weather is being debated4. The rise in water demands is not.

Overuse and obsolete management of scarce water resources are exacerbating the current drought's impacts. Past leaders legislated for and invested in measures and infrastructure to boost supplies as demand grew. Now the state is nearing its water limits and can no longer simply build its way out.

California's water troubles are a harbinger of things to come around the world, wherever population and industries are growing. We call for more studies and legislative consideration of the human impacts on water stress caused by urbanization, greenhouse-gas emissions and food and energy production, as well as for policy and management practices more suitable to prosperous economies and developed water systems.

California has a long history of adapting to droughts. Droughts in the nineteenth century struck an economy then based on free-ranging cattle and rain-fed agriculture that demanded more irrigation5. Population growth in the early twentieth century led to the building of major reservoir, canal and hydropower networks across the state.

More recent droughts, in 1976–77, 1988–92 and 2007–09, led to aggressive urban conservation programmes and greater use of water markets, such as the Emergency Drought Water Banks of the 1990s that facilitated the purchase, sale and transfer of water. Other responses included increased groundwater extraction and use, water conservation, more-extensive irrigation and more infrastructure for conveyance, storage, wastewater re-use and brackish-water desalination. 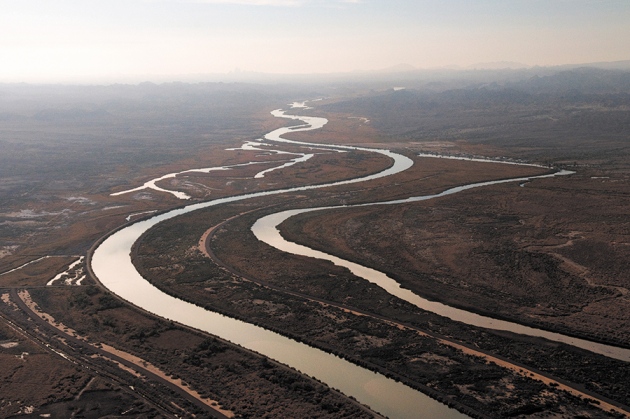 California has one of the world's most engineered water systems, including six aqueduct networks.

Most of these innovations have served to maintain or expand water supplies. Today, the state has one of the world's most engineered and diversified water systems, including six aqueduct networks more than 2,000 kilometres long and in excess of 1,400 dams. Despite the current drought's severity, urban water supplies have been managed and had few major interruptions.

The pinch has mainly been felt in rural communities and in the environment. Because California's land-use legacies — of rapid urbanization, wetland and floodplain development and more-dense forests — have exacerbated the environmental impacts of drought, over the past century, natural habitats have shrunk and been deprived of water diverted to meet human needs. California still lacks comprehensive drought management plans for land, rivers and wetlands. Little policy addresses how upland changes affect water balance across a catchment.

The reductions in water diversions in 2012–13 to protect endangered species in the Sacramento–San Joaquin River Delta region have meant less water for urban and agricultural users. Curtailments in surface-water pumping to protect endangered species limit supplies to the Central Valley for agriculture, increasing unemployment among farm workers. Political conflict over urban, environment and agricultural water rights has erupted.

The current drought has already led to the state's most significant water initiative in half a century. The Sustainable Groundwater Management Act of 2014 establishes a framework for long-term groundwater monitoring, assessment and management statewide. It tasks local agencies with assessing groundwater conditions in basins and developing local water management, allocation and adaptation plans. This is a major breakthrough for sustaining groundwater, although full implementation of the act is expected to take decades.

In July, the US House of Representatives passed legislation that, if it becomes law, will offer some drought relief to Californian farmers and growers at the cost of protecting endangered fish. The legislation would take more water from the Sacramento–San Joaquin River Delta for agricultural users, and away from rivers. Such dramatic policy responses may have irreversible impacts, such as the extinction of native fishes. 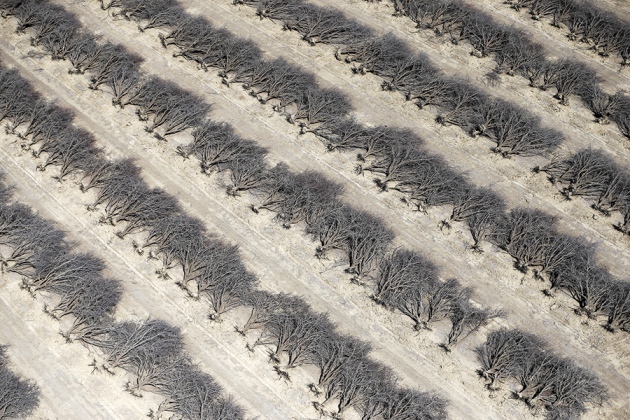 More than 12 million trees have died from California's drought.

Severe and long-lasting droughts have occurred in reconstructions of the region's past climate9. So it is not clear whether California's current drought is a temporary weather condition or is the emergence of a 'new normal'. Observations and climate projections indicate that California's climate is warming, with more winter rainfall instead of snow, earlier snow melt and decreases in spring and summer stream flows8.

Future droughts will be compounded by more-intense heatwaves and more wildfires. Soaring temperatures will increase demand for energy just when water for power generation and cooling is in short supply. Such changes will increase the tension between human priorities and nature's share.

As anthropogenic effects increase, lessons from past droughts cannot simply be applied to future events. More research is needed on the potentially different water supply and demand that will characterize droughts in a warmer world. California's resilience to such future events has not been examined. Climate and hydrological scientists focus on large-scale phenomena and give little attention to local conditions and impacts, such as reduced economic production or depletion of local groundwater.

California must learn to live with its dry climate. Rather than responding to crises, the state needs a proactive and long-term drought-management plan that considers all sectors, including the environment. Regional adjustments to reduced precipitation or snow pack are needed, even if overall precipitation does not change. Demand management, conservation, public outreach, technological innovation for water conservation and more-flexible market-based solutions and infrastructure adaptation are fundamental to responding to increased demands and climate-change stress in the future. 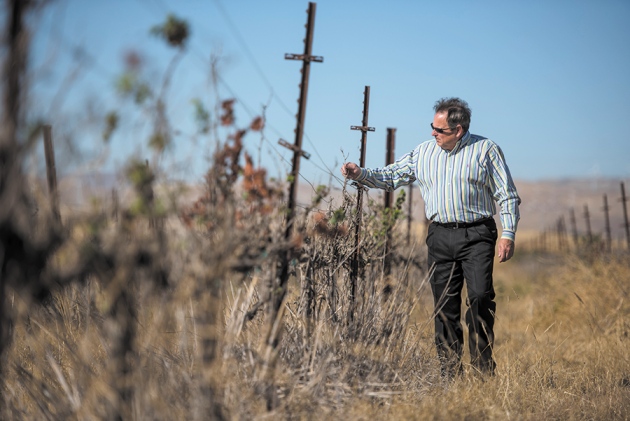 Explorations of drought must go beyond supply issues to encompass water demands (including environmental needs), water-storage infrastructure, adaptability, policy and feedback between human actions and climate as a complex system. This requires embracing a broader definition of socio-economic drought — a condition in which water demands exceed available supply.

A key element is investing in drought-monitoring and -prediction systems. Over the past decades, drought monitoring has evolved to include satellite observations and advanced analysis software. But drought prediction at seasonal scales remains a challenge. Climate and hydrological scientists should prioritize such research to support better water management and explore the causes, local impacts and management of droughts across many scales. The social consequences of downsizing agriculture during water-scarce periods require deeper research and planning.

Decision-makers should update drought-preparation strategies given that combined demand growth and reduced water supplies make it more difficult to recover after droughts. This will entail prioritizing water needs under extreme conditions in a way that minimizes long-term impacts on both humans and ecosystems. A range of behavioural and technological options (such as conservation and water reuse) must be considered. Water-policy reforms and the establishment of water entitlements for environmental protection during the Millennium Drought are examples of successful adaptation plans.

Policymakers should establish environmental water entitlements and drought plans, based on understanding water needs for ecosystems and trade-offs between endangered species and crucial water uses. This should include emergency actions for key river segments and refuge habitats, including evacuation and captive breeding to avoid extinction of endangered species.

Water and environment managers must reconcile environmental water supplies with economic water uses, and develop adaptive plans for future conditions. Long-term impacts of policy reforms should be considered to avoid further socio-economic impacts. Industry and the agricultural sector should prepare for a warmer climate and lessen their water use by increasing water recycling and efficiency and forgoing low-value water uses.

California's current extreme drought must be a lesson for managing water in a warmer future climate with increased demands.