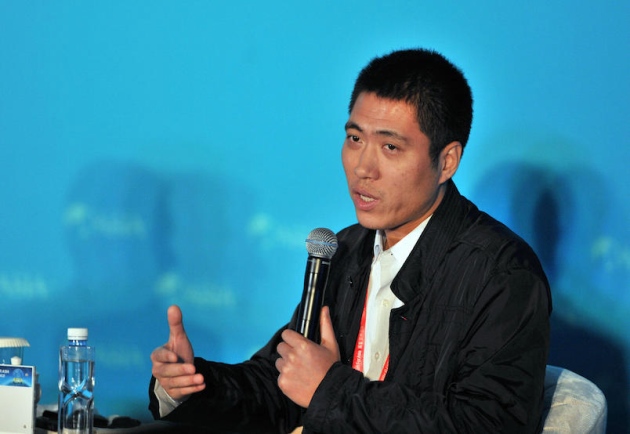 Update, 28 July: Since this article was published, Nature has interviewed Jun Wang about his plans, which include building an AI-based health monitoring system based on a million genomes. Read the full interview here.

The revered head of a world-leading genomics research centre in China abruptly stepped down last week.

Jun Wang is leaving his post as the chief executive of BGI in Shenzhen, and will pursue research into artificial intelligence, according to a statement posted on the BGI website on 17 July. He will remain affiliated with the genomics powerhouse, the announcement says. Wang also holds faculty positions at the universities of Copenhagen and Aarhus in Denmark and the Chinese University of Hong Kong.

The statement credits Wang for his role in BGI’s major scientific accomplishments over the past 16 years, which include sequencing the genome of an Asian person1, the giant panda2 and the human gut microbiome3, as well as contributions to the Human Genome Project and the rice-genome-sequencing initiative4.

“He’s had a huge role, really. I think it’s been his drive and enthusiasm that’s been the reason why there are so many large-scale genomic projects around,” says Tom Gilbert, an evolutionary geneticist at the Natural History Museum of Denmark in Copenhagen, who has collaborated with BGI and Wang on numerous sequencing projects. Wang was not immediately available for comment.

The 39-year-old has worked at BGI since it opened in 1999 in Beijing. It was previously known as the Beijing Genomics Institute, and moved to Shenzhen in 2007. Wang founded the institute's bioinformatics department, employing legions of young computer scientists to make sense of the mountains of data that BGI’s sequencers — which make up the world’s largest DNA sequencing centre — churned out.

He rose to the top of BGI, and led its transformation from a plucky sequencing outfit to a research powerhouse. In 2012, Nature included Wang in its Nature 10, an annual list of people who mattered in science that year.

Erich Jarvis, a neuroscientist at Duke University in Durham, North Carolina, says that Wang told him in person at a meeting in the United States last week that he was stepping down as BGI’s head. “It was all a surprise,” says Jarvis. “His reasoning was that he felt like he’s done a lot for BGI already, and that he would like to now move on to try new horizons.”

Commenting on the switch to artificial intelligence, Jarvis says that Wang has a long-term interest in the area, but “running a genome company, he couldn’t get to it as much as he liked”. Jarvis adds: “He was always interested in the brain.”

Jarvis is part of international collaborations with BGI — one that aims to sequence the genomes of 10,000 vertebrates and another that is focussed on 10,500 bird species. He expects these efforts to go ahead in Wang’s absence. “He won’t have as much weight, but he will have some influence in making sure these projects go through,” says Jarvis.

Researchers contacted by Nature had nothing but praise for Wang. “He is really the brains behind the operation,” says Rasmus Nielsen, a population geneticist at the University of California, Berkeley, who collaborated with Wang and BGI to identify genetic adaptations to high altitude among Tibetans5, 6.

Several years ago, Jarvis travelled to Shenzhen to discuss the bird-genomes effort with Wang and other key collaborators. The international team had sequenced about 40 genomes but needed more species to determine how different bird groups relate to one another7. Wang proposed sequencing every bird species on the planet — not realizing that their numbers exceed 10,000. “After a half-hour of talking he said, ‘Let’s just do it. Let’s do all 10,000. That’s going to be a game changer’,” recalls Jarvis. “That’s really his spirit. If it’s something big — something difficult — then his answer is, ‘Let’s do it’.”