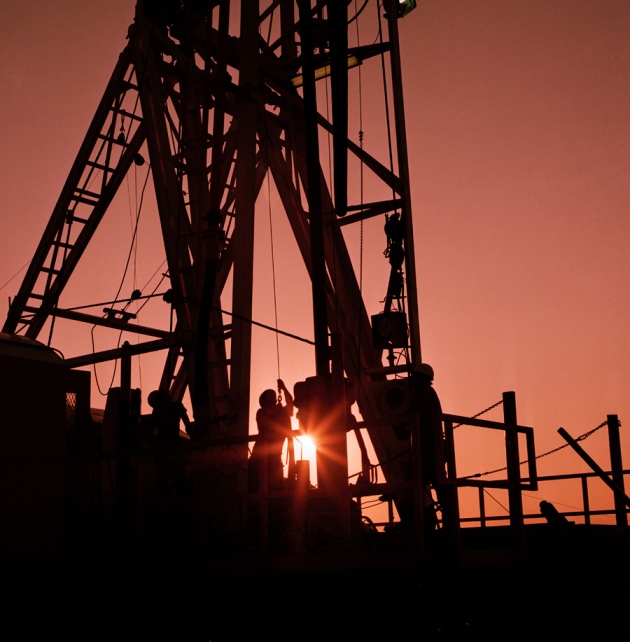 Methane emissions from oil and gas fields may be five times higher than previously thought.

US methane emissions could be 50% higher than official estimates, caused in large part by greater emissions from the oil and gas industry than previously thought.

That is the conclusion of a new analysis based on atmospheric measurements1, which has produced the most detailed map yet of the United States’ methane output. Previous sampling missions using aircraft have suggested that methane emissions from specific oil and gas fields are much higher than those calculated by official inventories2, 3, but those studies were limited in scope and relied on relatively simple atmospheric analyses.

The findings, published today in the Proceedings of the National Academy of Sciences, rely on a more sophisticated reconstruction of wind and weather patterns to explain atmospheric methane measurements collected by aircraft and monitoring towers across the contiguous United States in 2007 and 2008.

“We show that this excess is widespread, and it’s strongly focused on the oil and gas areas,” says Steven Wofsy, an atmospheric scientist at Harvard University in Cambridge, Massachusetts, and a co-author of the study.

The analysis bolsters concerns that methane emissions from natural gas production could be undercutting the fuel’s relative environmental benefits. The burgeoning natural gas industry has displaced dirtier coal and helped the United States to reduce its carbon dioxide emissions in recent years. But 'fugitive' methane molecules that escape from wells and pipelines en route to power plants and homes are roughly 25 times more effective than CO2 at trapping heat in the atmosphere over the course of a century. All told, the US Environmental Protection Agency (EPA) estimates that methane accounts for 9% of annual US greenhouse-gas output.

“This study is incredibly useful in a broad sense, but one has to be cautious,” says Steven Hamburg, chief scientist at the Environmental Defense Fund, an environmental group headquartered in Washington DC that is currently sponsoring a suite of studies on methane emissions from the oil and gas sector.

The latest results represent a snapshot of the atmosphere from several years ago, Hamburg says, and much has changed since then, including technology and regulations to reduce methane emissions as new natural gas wells are completed. A recent study sponsored by the Environmental Defense Fund and led by researchers at the University of Texas in Austin found that environmental controls on new wells can reduce their emissions by roughly 99%, although methane emissions continue during production4.

The US study is based on roughly 12,700 observations taken from eight tall monitoring towers and dozens of aircraft operations. Although the data are representative of overall emissions, it is hard to pinpoint specific sources on the ground. Methane released by livestock, for instance, is a major factor in the study, and large cattle farms are often located alongside oil and gas operations. To differentiate between the two, the team relied on simultaneous detections of propane, which is associated with hydrocarbon production but not with cattle.

Methane emissions were particularly high in Texas, Oklahoma and Kansas, which accounted for 24% of the US total, and the study suggests that releases from oil and gas operations are nearly five times higher there than previously estimated. Overall, the researchers calculated that US methane emissions in 2007 and 2008 accounted for the equivalent of 33.4 million tonnes of carbon per year, compared with the EPA’s estimate of 22.1 million tonnes in 2008. Scot Miller, a doctoral candidate in atmospheric chemistry at Harvard who led the analysis, says that the results call into question the EPA’s decision, in its 2013 greenhouse-gas inventory, to revise its estimates downwards for methane emissions dating back to 1990.

More work will be needed to align the atmospheric data with the  conventional inventories based on industrial data, but Wofsy says that the results underscore the urgency to clean up oil and gas operations. “These studies should really help people focus on the important issue of getting these leaks fixed,” he says.