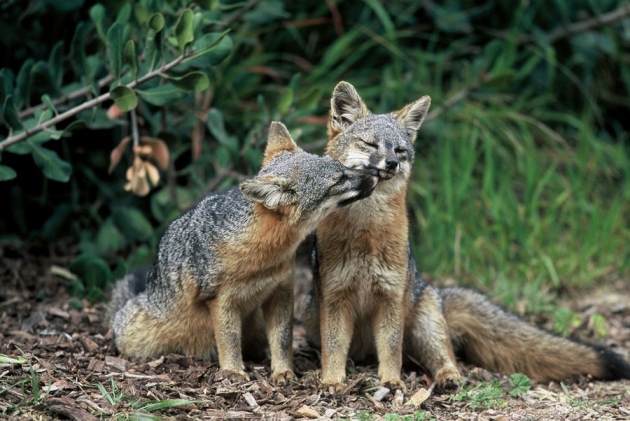 The Santa Cruz Island Fox is one of three subspecies of fox removed from the Endangered Species Act list this month.

More species protected by the US Endangered Species Act (ESA) have recovered during President Barack Obama’s administration than under all other presidents combined, the US Department of Interior announced on 11 August. And 2016 marks a record high for species recovery, with six so far officially ‘delisted’ from ESA’s roster.

The ESA, passed in 1973 to assist the recovery and protection of imperilled species and ecosystems, is widely seen as a landmark piece of environmental legislation. During Obama’s presidency, 19 species have now recovered and been delisted; this compares to seven such removals under George W. Bush, six during Bill Clinton’s administration and five under Ronald Reagan. 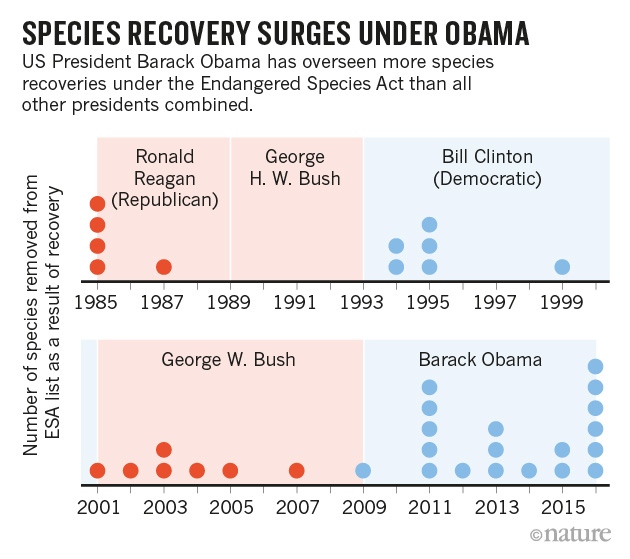 That may simply be a result of the 43-year-old ESA legislation finally starting to pay dividends, says Noah Greenwald, director of endangered species at the Center for Biological Diversity, a non-profit conservation group headquartered in Tucson, Arizona. “It also reflects the fact that the Obama administration has been putting more resources into processing delistings for recovered species, in an effort to counter attacks from Republicans in Congress who say the law has a poor success rate,” he adds.

The latest delistings are of three subspecies of fox native to California’s Channel Islands (Urocyon littoralis ssp.). The Department of Interior says that the foxes, listed in 2004, represent the “fastest successful recovery” of any ESA mammal, crediting efforts including a captive-breeding programme and a vaccination campaign against a canine virus.

But the ESA process does not move as quickly as it should when it comes to listing species for protection in the first place, according to research by Greenwald and his colleagues. In a report1 published last month, they calculate that it takes a species on average 12 years to be listed after first consideration — much more than the two years that the law says it should.