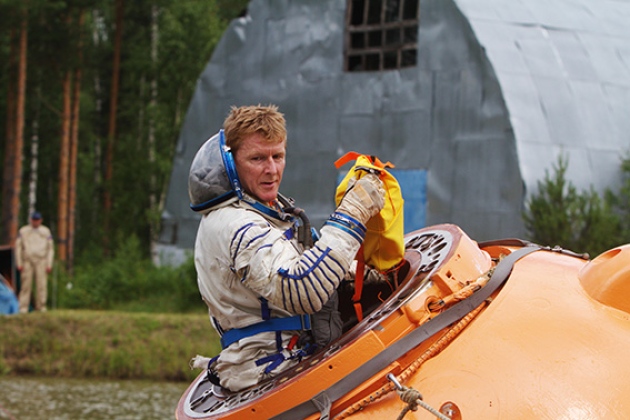 British astronaut Tim Peake will board the International Space Station later this year.

When Tim Peake enters the airlock of the International Space Station (ISS) in December, the former helicopter pilot will become the first astronaut to fly backed by the UK government. When, or if, other Britons will follow is unclear, but the milestone represents a wider change to the focus of UK space science.

“It does feel like an awful long time that the UK has been closed to human spaceflight,” said former astronaut Helen Sharman at the UK Space Conference 2015 in Liverpool on 13–15 July. “Now the lid has well and truly been lifted, and it’s clear how much interest has been just bubbling under the surface.” Sharman became the first Briton in space when she flew to the Mir space station in 1991 as part of a Russian space mission with sponsorship from private companies.

Britain has long contributed to European Space Agency (ESA) programmes involving robotic probes and space telescopes, which tend to focus on astronomy and planetary science. But it is the only country of the G8 industrialized nations not to have put an astronaut on the ISS. The United Kingdom began to extend its space interests in 2012, when it pledged €20 million (US$22 million) to the ISS and €16 million over four years for ESA’s European Programme for Life and Physical Sciences (ELIPS), which does experiments on the ISS and other platforms that take advantage of the space environment, including the effects of microgravity, radiation and an extreme vacuum. An extra £49.2 million (US$76 million) for the space-station programme followed in 2014.

The contribution to ELIPS allows British scientists to lead the teams that compete for the programme’s grants, a development that seems to have increased their participation. Before 2012, around 20 UK scientists participated in ELIPS experiments. Now the figure is close to 100, says Andrew Kuh, manager of the human spaceflight and microgravity programme at the UK Space Agency. “The uptake has been massive.”

The scientists seem to be making their mark. UK research teams took the two top places in a ranking of the latest applications for new European life-sciences experiments to be carried out on the ISS. “That [achievement] is from a standing start, not having been involved before,” notes Kuh. One of the teams, led by Donna Davies at the University of Southampton, UK, plans to build a 3D model of human bronchi to see how a lack of gravity affects the respiratory system. The project offers clues to the United Kingdom’s speedy success, says Simon Evetts, a physiologist at the aerospace-medicine firm Wyle Laboratories in Cologne, Germany, who is contracted to work at the European Astronaut Centre there. “The UK has a fantastic biomedical heritage and strengths in aviation medicine,” he says. “We can take these and apply them to the field of space and human spaceflight.”

The creation of the UK Space Agency in 2010 helped to foster the new focus on space-environment research, says Kuh. It was difficult for the United Kingdom to be involved before then because of the fragmented nature of the field: it spans fundamental physics and materials science as well as biomedicine, which are all funded separately.

“We are entering a new space age with constellations of several hundred or thousands of satellites.”

The UK Space Agency coordinates funding for research, rather than carrying it out, and is a smaller player than NASA or its European equivalents, such as the French space agency CNES, or the German Aerospace Center (DLR). But its size and relative youth mean that it is more nimble and free of red tape, says Kuh. Chris Castelli, the agency’s director of programmes, notes that unlike the CNES, the UK Space Agency is tasked with space policy. “We are entering a new space age with constellations of several hundred or thousands of satellites,” he says. “What does that mean for the regulatory environment, for space-enabled services and systems? There’s a whole load of stuff there we’re well disposed to respond to.”

Even counting its contributions to ELIPS and the ISS, the UK government still spends less on space as a proportion of gross domestic product than does Germany, France or Italy. Johann-Dietrich Wörner, who took over as director-general of ESA at the start of July, believes that the UK government is focused on getting a direct return for its businesses from any investment, rather than on the “full chain of innovation”, which includes fundamental research. “You have very smart scientists in the UK, and you have very good industrial partners,” he says. “One should not focus on only one or the other.”

Wörner commends one non-business area in which the UK government is hoping to cash in — education. Now that Britain is a contributor to the ISS programme, Peake can be claimed as a British astronaut, as well as a European one. And the government is backing a range of school programmes related to Peake’s trip, during which he will be a guinea pig for more than 20 experiments probing physiology in space. Meanwhile, the UK Space Agency is funding research to measure whether the number of people studying science and engineering surges as a result of Peake’s flight, as it did in the United States after the Apollo missions.

In the short term, Peake is likely to be a one-off. “We’re not going to have a UK astronaut corps anytime soon,” says Kuh. But Sharman hopes that the government’s interest in human spaceflight and the space environment will last. Although a national strategy for human spaceflight, released by the UK Space Agency on 6 July, suggests that Britain is not just dipping its toes into the water, Sharman is reserving judgement. A test will come next year when renewal of ELIPS funding is up for review.