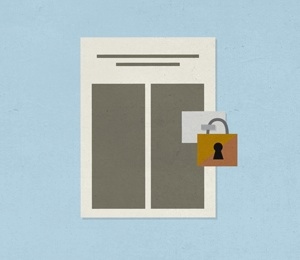 Four major university-funding agencies have announced a new push for open access in the UK — but one that avoids a route which many librarians and academics have criticized as too costly.

Under the policy, announced by the Higher Education Funding Council for England (HEFCE) and similar bodies in Wales, Scotland and Northern Ireland, academics should archive copies of manuscripts in online repositories as soon as they are accepted for publication. These papers do not need to be immediately open, if a publisher forbids it: a delay of one year is acceptable before science papers become free to public view, and two years for arts and humanities research.

The policy is likely to heavily influence UK researchers' behaviour, because of the way it is linked to university funding. But although it will accelerate the open access movement, it appears to slow the country's drive to pay publishers to make papers available for free as soon as they are published, because it permits academics to choose a lower-cost approach to open access, more similar to policies adopted by the United States and Europe. It comes after fierce debate about the affordability of a rapid shift to open-access, in which the UK is trying to lead the world.

"Our policy will increase substantially the amount of scholarly material that is made available in an open-access form," says David Sweeney, director for higher education, funding and skills at HEFCE. Though funders often struggle to get researchers to comply with their policies, it is likely that universities will strongly encourage academics to comply with the requirements. That is because HEFCE says that open access will be mandatory for any papers to be considered in the next round of its national research audit system, the results of which it uses to divide more than £1.6 billion around UK universities every year.

"It's an important step forward in establishing an open-access culture, and in getting academics into the habit of depositing what they have published in their university repositories," says Stephen Curry, a structural biologist at Imperial College London. HEFCE is giving academics until April 2016 to start complying with its policy.

Funders elsewhere in Europe and in the United States have been promoting, but not enforcing, similar open-access guidelines for years. But the UK government has been strongly pushing for a more radical stance. It has said that money should be taken from research funds to pay publishers to make papers free to read as soon as they are published - so-called 'gold' open access.

A June 2012 government-funded study known as the Finch report had said that pushing this idea forward would cost the UK higher-education sector up to £60 million (US$100 million) a year, on top of the £175 million that it already spends on journals and providing access to them. In response, librarians and universities said the pay-to-publish idea was an expensive way to reach open access and would needlessly increase publisher profits — a view articulated in a critical parliamentary report published last September.

HEFCE’s policy today puts the emphasis firmly back on university repositories and on academics self-archiving copies of their papers, says Stevan Harnad, a cognitive scientist at the University of Quebec in Montreal, Canada, and a long-time campaigner for open access. “The United Kingdom is at last back in the lead on open access, instead of being odd man out as it had been since the Finch report,” he says. (The policy does not prevent academics also paying to make their papers immediately open-access at publishers' websites, if they wish).

The UK government has gradually softened its policy over the past two years, notes Adam Tickell, provost and vice-principal at the University of Birmingham, UK. “The government’s policy has always been more nuanced than the headlines,” he says. At first, the nation’s major public grant-making bodies, the research councils, had mandated that all papers be made open access immediately on publication, though the policy was to gradually take effect over five years.. But last year, they changed their stance to allow archiving in repositories and delayed open access.