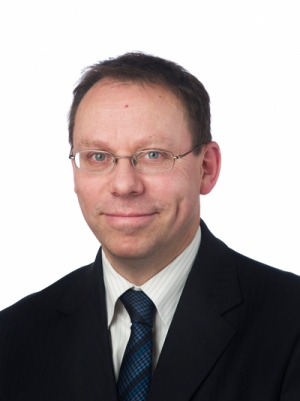 Robert Kiley, head of digital services at the Wellcome Library.

Since 2006, the giant medical-research charity Wellcome Trust has asked the researchers it funds to make their articles free to read online. Last year, it turned up pressure on scientists to comply, or see their funding withheld.

It seems to have worked: compliance with open-access requirements has improved (see' Funders punish open-access dodgers').

Robert Kiley, head of digital services at the Wellcome Library in London, talked to Nature about how the funder ensures compliance and why its open-access policy encourages making papers open immediately upon publication. It will pay publishers money, if required, for this 'gold' open-access, as opposed to a so-called 'green' route, in which researchers deposit their accepted manuscripts online, but may have to wait to make them open until after publication. Some say gold open access is unnecessarily expensive, particularly in the case of 'hybrid' journals — those that still charge subscriptions to libraries, but also take fees to make individual articles free to download.

(All funders now allow papers to be open via either gold or green routes; the Wellcome Trust permits a maximum 6-month delay, but others, including the US National Institutes of Health, allow a 12-month delay and do not directly encourage gold payments.)

In the first six months of 2013 we had a compliance of 69%. We think that’s looking quite healthy. It has increased significantly from the figure of 55% that we quoted in March 2012.

What is behind the increase?

We have introduced sanctions for people who don’t comply, as we announced in summer 2012. In particular, if a paper isn’t open access when a researcher submits it as part of a grant report, we withhold the final part of that grant. On 63 occasions over the past year or so we have withheld a final end-of-grant payment. I won’t name the people involved, but 43 of these payments have now been released, because the papers have been made open access in line with our policy.

A second reason for increased compliance has been the growth in awareness. In the United Kingdom, we also have open-access policies from the research councils and now from the Higher Education Funding Council for England [see 'UK open-access movement sways towards low-cost repositories']. A third reason is the growth of open-access journals, and hybrid journals, that have made it easier to publish open-access papers.

Ourselves and the NIH are really the only ones who are actively publishing our compliance levels and have clear sanctions. I suspect a lot of funders are playing catch-up. Compliance is quite hard to track. It should be getting better. At the moment it still feels a relatively manual task.

How do you measure compliance?

We log on to PubMed and search for articles with grants attributed to the Wellcome Trust, and then [count] how many of those are in the repository PubMed Central or Europe PubMed Central. Typically there are 500 or so articles in any given month with Wellcome’s name against them. (We know there are some errors in this tagging, however.) Making an article free on a publisher’s website doesn’t comply with our policy; the article must also be in PubMed Central.

Not all of the articles you paid for are in fact open-access. Why is this?

At the end of March we published a dataset of some of the payments for open-access we have made. We have found all sorts of teething problems, such as, in a few cases, content we had paid for still being behind a pay-wall (though the reasons are unclear), or with missing or incorrect open-access licenses. I have some sympathy with publishers who say they haven’t got their systems in place: open access in terms of the author-pays model has really only started to become widespread in the UK over the last 12 months.

Why does the Wellcome Trust favour the gold route?

When we started on this policy years ago, it was always with the ambition of making our research available at the point of publication to maximize its re-use. No one ever said, “You know what we should do: make our stuff available, but let’s wait a year.” It always struck me as odd that in this information-rich age where people expect everything available in a second, it is acceptable to wait 12 months to read some research.

One of the biggest criticisms of Wellcome’s policy has been that because we made it clear that we will provide funding for gold open-access, the author does not have to be sensitive to price. It does not matter to them whether the cost of an article is $1000 or $10,000 – it’s not coming out of their grant. We realise that we need to find some mechanism to introduce price-awareness to researchers. Over the next few months we will talk to other funders, such as medical research charities, to gauge appetite for how to do this.

Are you still hopeful that the United Kingdom will move to a gold model?

If we can get the costs of the open-access market under control — make sure the hybrid model works as a functional market that is sensitive to price — that may encourage people to get to gold. The fact that Research Councils UK put £17 million (US$28 million) on the table last year, and £20 million this year, to support open access is an indication that they strongly favour gold.

I fear if we just accept 12 months or 24 months as an acceptable embargo then that transition will probably become almost a permanent state.