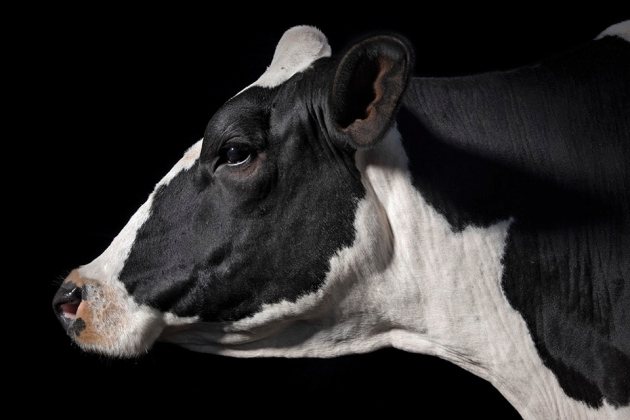 Designer livestock is one topic up for consideration by a UK bioethics group.

From designer babies to engineered mosquitoes, advances in genome-editing technologies such as CRISPR–Cas9 have raised the possibility of tremendous scientific advances — and serious ethical concerns.

In a preliminary 130-page report released on 30 September, the influential Nuffield Council on Bioethics in London announced that two applications of the technology demanded further attention: genome editing in human embryos and in livestock.

The two areas were selected on the basis of months of analysis and input from scholars and the public, said Hugh Whittall, director of the Nuffield Council, at a briefing on 29 September.

It will probably be years before genome editing is used in human reproduction, but it was clear from that input that ethical concerns about edited human embryos were at the forefront of many minds, says Karen Yeung, Nuffield working-group member and a legal scholar at King’s College London. “Human reproductive applications are perhaps the most talked about or controversial area.”

Although gene editing was already racing through research laboratories, the revelation in 2015 that researchers had used CRISPR–Cas9 in human embryos shone a public spotlight on its potential applications in human reproduction. That first study used non-viable embryos for research purposes only1, but it launched a public debate about whether and how such technologies should be deployed in humans.

It also sparked a spate of soul-searching at national academies and agencies around the world. The US National Academies of Sciences, Engineering and Medicine are putting together a report — due out in early 2017 — on human applications of genome editing. Other academy committees will evaluate how to adjust regulations on genetically modified livestock, among several biotechnology products, to account for gene editing and other techniques. They will also consider how to approach ‘gene drives’ — a method that harnesses gene editing to promote the rapid spread of genes through wild populations.

In parallel, an independent group of European ethicists has called for the formation of a European steering committee to discuss standards to ensure that CRISPR methods are safe and reliable before being used for medical purposes. The team has started discussions with the European Commission about this, says François Hirsch, assistant director for ethics and regulation at the Institute for Health Technologies in Paris, who co-authored a white paper calling for the committee.

The Nuffield Council aims to finish its report on ethical questions in human reproduction in early 2017. The working group will focus on the implications of using gene editing to address genetic diseases, says Yeung. Although she thinks that such applications are years away, they are important enough to warrant an early focus. Tinkering with embryos destined for implantation is against the law in the United Kingdom, Yeung notes. If the group finds strong moral arguments in favour of genome editing to prevent disease, it could take a long time to change that law.

The working group would also have to wrestle with where to draw the line between ethically acceptable and unacceptable uses, Yeung says.

That discussion is particularly important, says Alta Charo, who studies law and ethics at the University of Wisconsin–Madison. Although scientists and ethicists tend to focus on dealing with serious genetic disorders, the public conversation often wanders into murkier territory, such as augmentation of intelligence. “The laypress tends to do all of these covers about designer babies,” she says. “They tend to focus on the things that are the least likely to be genetically determined, but capture our imaginations the most.”

Use of the technology in livestock such as cattle or swine comes with unique issues of its own. These include concerns about animal welfare, and questions as to whether and how meat produced from such animals should be labelled. Labelling is a particularly vexing issue, given that genome-editing techniques might leave no molecular trace. The resulting animals can be indistinguishable from natural counterparts that happen to carry the same mutation.

“Labelling and classification depend on traceability,” says John Dupré, a philosopher of science at the University of Exeter, UK, who will serve on the Nuffield working party on livestock. “Genome editing makes analytical verification of this difficult or impossible.”

But some edited livestock — including cattle that lack horns and pigs that are resistant to disease — are already under development. And the working group felt there had been comparatively little public discussion of the matter, says Peter Mills, assistant director of the Nuffield Council. “In the livestock, the technology there is pretty much ready to go,” he says. “That was something from our point of view that needs to be brought to public attention.”