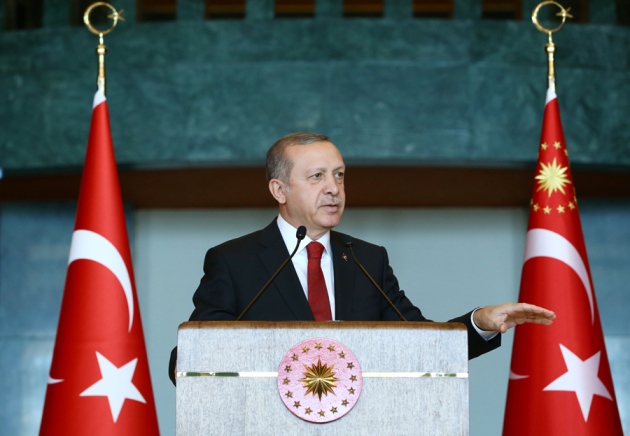 Hundreds of Turkish academics are waiting to find out whether they will be prosecuted or sacked for spreading “terrorist propaganda”, after they signed a petition calling for violence to end in Turkey’s southeast, where government forces have been fighting Kurdish separatists.

After the petition provoked a furious response from Turkey's president Recep Tayyip Erdoğan, several universities in the country have begun investigations into signatories among their faculty — which could lead to their dismissal if accusations of unlawful political agitation hold up. On 15 January, police arrested and later released 27 academics, according to local media reports, including economists, physicians and scientists.

“We are accused of defamation of the state and of terrorist propaganda,” says Zeynep Kıvılcım, a law professor at Istanbul University, who has signed the petition and said she knew of several arrests. “We are all waiting for the police,” she told Nature on 15 January.

Turkey’s government has previously clamped down on scientists and students who question its policies, imprisoned scientists charged with terrorism offenses, and restricted the freedom of funding agencies and scientific academies. But the number of arrests and investigations makes the current episode one of the larger Turkish attacks on freedom of expression in recent years, prompting outrage among human-rights advocates.

“State and police repression of academics who raise their voice for peace is completely unacceptable and violates Turkish and international human-rights law,” says Metin Bakkalci, the Ankara-based secretary-general of the Human Rights Foundation of Turkey. “Unfortunately, academics in our country have been facing pressure for 'undesired' political activity for many years.”

Scientists had hoped for more liberal policies after parliamentary elections last June stripped Erdoğan’s increasingly repressive Justice and Development Party (AKP) of an outright majority — but the president re-established his party’s grip after a second round of elections in November.

By 15 January, almost 2,000 Turkish academics from 90 or so universities had signed a petition — launched a week earlier — that called on the Turkish government to end the fighting against Kurdish militants. Thousands of civilians have been killed in the longstanding conflict, which flared up again last July after a ceasefire collapsed.

“As academics and researchers of this country, we will not be a party to this crime,” signatories declared. Several hundred western scientists and intellectuals, including linguist Noam Chomsky and gender theorist Judith Butler, have also publicly supported the petition.

In an 12 January speech (made in the wake of terrorist attacks in Istanbul) Erdoğan accused signatories of spreading and supporting Kurdish terrorist propaganda and undermining Turkey’s national security. “I call upon all our institutions: everyone who benefits from this state but is now an enemy of the state must be punished without further delay,” he said.

In response, the Turkish Higher Education Board (YÖK) and public prosecutors in several Turkish university cities launched investigations against academics who signed the petition. And several Turkish universities launched their own investigations into signatories at their institutions; some of them, including Abdullah Gül University in Kayseri, have asked signatories to resign. The rector of that university, İhsan Sabuncuoğlu, has not responded to Nature's e-mail requests for comment.