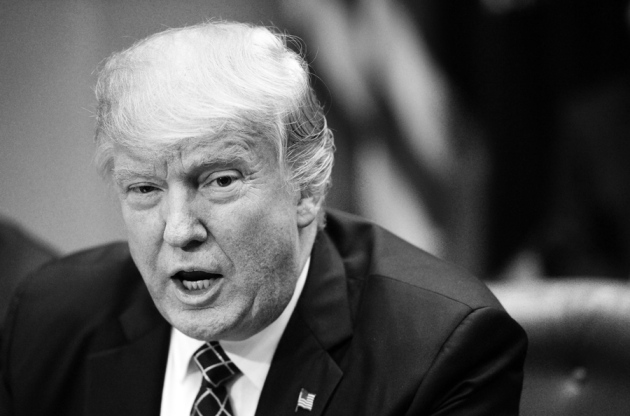 Donald Trump has failed to fill key scientific positions within his first 100 days as president.

For more than 80 years, the US media and political scholars have gauged a new president’s potential on the basis of his administration’s performance in its first 100 days. The time-honoured — if increasingly tiresome — tradition began when Franklin Delano Roosevelt took office in 1933. He was able to act fast, being blessed with a Congress controlled by his own political party. And he needed to do so, his presidency being cursed with the Great Depression, a financial emergency that demanded quick and decisive action.

The 100-days benchmark is by its nature arbitrary, and projections based on it can be superficial. Many historic presidential achievements — such as Barack Obama’s reform of the US health-care system — happened in the subsequent days (all 1,361 of them) of a typical four‑year term.

But the first few months of an administration are crucial to filling staff vacancies. The White House Transition Project (WHTP), a non-partisan effort to ease the transfer of power by providing information to the new administration’s staff, has found that posts take longer to fill as time drags on: the longer a president waits to nominate candidates, the slower the US Senate is to confirm them.

When Trump passes the 100-day mark this weekend, he will become the slowest president to stock an administration in four decades, the WHTP says. He has yet to nominate candidates for hundreds of empty seats — some of them vitally important to the country’s science policy and research direction.

On 12 April, Republicans in Congress wrote to Trump to urge him to fill two vacancies on the Nuclear Regulatory Commission, an independent panel that oversees civilian use of radioactive materials in power plants and other applications. Without those appointments, the commission will not have the number of people mandated by law for it to make decisions when its chair’s term ends on 1 July. The Federal Energy Regulatory Commission fell below that level in February.

Trump has blamed some delays on the Senate, which must confirm nearly 1,000 of his appointments. But he has also suggested that his inaction is a deliberate strategy to pare down the size of government. “What do all of these people do?” he said in one interview. “You don’t need all those jobs.”

“Trump’s dithering puts the country’s research community and the broader public at risk.”

The United States certainly needs some of them. Whether owing to impairment, intention or inexperience, Trump’s dithering over key scientific positions puts the country’s research community and the broader public at risk.

For many researchers, the main concern has been the lack of a science adviser to head the Office of Science and Technology Policy. The absence of a voice for science in the administration may have contributed to the draconian cuts to the US National Institutes of Health and Environmental Protection Agency proposed in Trump’s 2018 budget blueprint. (The proposal didn’t mention the National Science Foundation at all.) A science adviser could also have informed the administration of the damaging consequences for science of proposed immigration policies. And he or she could offer counsel when scientific crises — the next Zika virus or oil spill, for example — arise. And arise they will.

Biomedical researchers, meanwhile, are waiting to see how long Francis Collins will continue to serve as director of the US National Institutes of Health. The National Cancer Institute, the head of which is also appointed by the president, has been led by its deputy director since April 2015. And some of the major science agencies, including NASA and the National Oceanic and Atmospheric Administration, lack a leader.

The uncertainty makes it difficult for agencies to plan ahead, negotiate for resources and launch initiatives. And the patchwork of vacancies will debilitate efforts to deal with emerging crises, which often require a coordinated response across agencies.

In 1933, Roosevelt passed 76 laws in his first 100 days as he laboured to reshape the nation’s economy. He set a high bar for efficiency: no president has measured up to his achievement since. (Eight years into his presidency, Roosevelt appointed the nation’s first science adviser, engineer Vannevar Bush.)

With any new president comes uncertainty, and no administration completes its full roster of appointments by the end of its first year. But Trump is lagging well behind his predecessors, and is fostering a damaging sense of uncertainty by suggesting that he will leave these chairs empty.