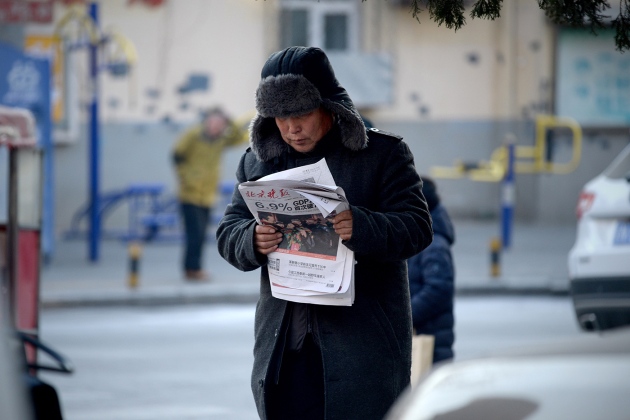 News articles written by researchers at some Chinese universities will now be considered in evaluations.

One of China’s most prestigious universities plans to give some articles in newspapers and posts on major social-media outlets the same weight as peer-reviewed publications when it evaluates researchers.

The policy has sparked a vigorous debate among Chinese academics. Proponents say it will encourage researchers to engage with the public, but many are concerned that it will promote those who toe the party line established by China’s strictly censored media and social media, at the expense of more highly qualified researchers. Critics also say the system could be manipulated to inflate a researcher’s impact, for example by artificially boosting page views.

Zhejiang University in Hangzhou announced the policy on its WeChat page on 15 September, saying that it would mainly apply to the humanities and social sciences. But Chinese researchers say the move could influence science as well, by giving a hiring and promotion advantage to politically minded scientists.

“You do not need to be good scientist, you do not need to publish good science papers,” says one biologist at a prominent Beijing-based university who requested anonymity. He is concerned that the policy could alter evaluations at China’s main grant agency, the National Natural Science Foundation of China (NSFC). “If they open the Pandora’s box, the NSFC might change its policy as well,” he says. The agency's head, Yang Wei, says it will do no such thing. NSFC grants are given solely “according to the judgement of peer reviewers”, he says.

The Zhejiang policy sets specific criteria: articles have to be original, written by the researcher and at least 1,000 words long; they need to be picked up by major news outlets and widely disseminated through social media; and they need to have been seen by a large number of people. The policy requires an article to be viewed more than 100,000 times on WeChat, China’s most popular instant-messaging service, or 400,000 times on news aggregators such as Toutiao. Articles that meet the criteria will be considered publications, alongside papers in peer-reviewed journals.

The university has also established a publication hierarchy, with official media outlets such as the People’s Daily considered most important, regional newspapers and magazines occupying a second tier, and online news sites such as Sina, NetEase or Sohu ranking third.

Ping Fu, who researches library science at Central Washington University in Ellensburg, is concerned that the policy will blur the distinction between peer-reviewed academic publications and popular writing. This could affect the top levels of scholarship in China, he says. Liu Jin-ping, a biologist at Hainan University in Haikou, also worries that the policy will give prominence to stories that “flatter the government”. Some academics will aim to “become Internet stars” so they can be promoted, he wrote on his blog.

Lin Boqiang, an energy-policy and climate-change researcher at Xiamen University who has published some 800 media commentaries, thinks researchers should get credit for this work. He “criticizes government policy all the time” and would never write something incorrect to please political powers, he says: “Our reputation is on the line.”

But both Liu and Lin are concerned the system could be gamed, either for self-interest or with political motivation. Lin says these articles should not be considered equal to academic publications. “Other universities will do this,” he says. “I hope they do it in a more sophisticated way.”

Zhejiang University refused to answer Nature’s questions about the policy, but it posted a statement on its homepage in response to the controversy, saying that the commentaries in the mainstream media will supplement and not replace peer-reviewed journals: “This policy is to explore more forms of exposure of research, especially for humanities and social sciences, and the assessment will be made by a strict panel review, which will not lower the academic standard.”

Grant committees in other countries encourage researchers to do public outreach, but the Zhejiang policy is rare in how it ranks such efforts for researcher evaluation. Jilin University in Changchun announced a similar policy in August.

Glen Peters, a climate-policy researcher at the Center for International Climate Research in Oslo, agrees that researchers should be acknowledged for important contributions to public understanding, but he says the challenge in giving scientists credit for public outreach is how to measure its quality and impact against those of conventional journal publications. “If you don’t get the weighting right, then incentives could be perverted and lead to bad outcomes, such as poor quality and political bias,” he says. “The potential is high, but so are the risks.”

One journalist at China’s Legal Daily has questioned whether such a policy is legal. It was drafted by the university’s propaganda department, part of the Communist Party of China. According to the laws that govern universities, evaluation decisions are supposed to be made by university administrative departments or faculty committees, writes the journalist.

Some scientists contacted by Nature are confident that this initiative will not affect science. But others see it as part of the government’s attempts to control information. There is already concern about Chinese President Xi Jinping’s efforts to align education with communist values and to control what is written by journalists or on social media. Scientists say that bans on Google, Google Scholar and other Internet-based technologies hamper their ability to stay in touch with international peers. “There are certainly many layers of concern,” says one environmental scientist who did not want to be named for fear of damaging relationships with Chinese colleagues.