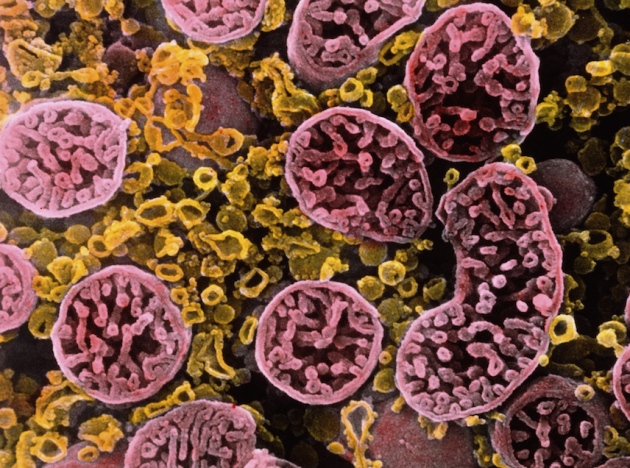 A gene-therapy technique that aims to prevent mothers from passing on harmful genes to children through their mitochondria — the cell’s energy-producing structures — might not always work.

Mitochondrial replacement therapy involves swapping faulty mitochondria for those of a healthy donor. But if even a small number of mutant mitochondria are retained after the transfer — a common occurrence — they can outcompete healthy mitochondria in a child’s cells and potentially cause the disease the therapy was designed to avoid, experiments suggest.

“It would defeat the purpose of doing mitochondrial replacement,” says Dieter Egli, a stem-cell scientist at the New York Stem Cell Foundation Research Institute who led the work. Egli says that the finding could guide ways to surmount this hurdle, but he recommends that the procedure not be used in the meantime.

The UK government last year legalized mitochondrial replacement therapy, although the country’s fertility regulator has yet to green-light its use in the clinic. In the United States, a panel convened by the National Academies of Sciences, Engineering, and Medicine has this year recommended that clinical trials of the technique be approved if preclinical data suggest that it is safe.

As many as 1 in 5,000 children are born with diseases caused by harmful genetic mutations in the DNA of their mitochondria; the diseases typically affect the heart, muscles and other power-hungry organs. Children inherit all their mitochondria from their mothers.

To prevent a mother who has harmful mitochondrial mutations from passing them to her children, the proposed remedy is to transplant the nuclear DNA of her egg into another, donor egg that has healthy mitochondria (and which has been emptied of its own nucleus). The resulting embryo would carry the mitochondrial genes of the donor woman, and the nuclear DNA of their father and mother. These are sometimes called three-person embryos.

Current techniques can’t avoid dragging a small number of the mother’s mitochondria into the donor egg, totalling less than 2% of the resulting embryo’s total mitochondria. This isn’t enough to cause health problems. But researchers have worried that the proportion of faulty, 'carried-over' mitochondria may rise as the embryo develops. The UK Human Fertilisation and Embryology Authority (HFEA) — which will oversee clinical applications of mitochondrial replacement — has called for research into this possibility.

Egli’s study, published today in Cell Stem Cell1, offers some clarity. His team used eggs from women with healthy mitochondria, but otherwise followed a procedure similar to a real therapy: transplanting nuclear DNA from one set of egg cells into another woman’s egg cells. The team then converted these eggs into embryos with two copies of the maternal genome, a process called parthenogenesis. (Mitochondrial replacement is normally performed on eggs fertilized with sperm, but Egli’s team wanted to discount any role for paternal DNA.) The researchers then extracted stem cells from the embryos and grew the cells in dishes in the lab.

The embryos, on average, had just 0.2% of carried-over mitochondrial DNA (mtDNA), and the resulting embryonic stem cells at first harboured similarly minuscule levels. But one stem-cell culture showed a dramatic change: as the cells grew and divided, levels of the carried-over mtDNA jumped from 1.3% to 53.2%, only to later plummet down to 1%. When the team split this cell line into different dishes, sometimes the donor egg’s mtDNA won out; but in others, the carried-over mtDNA dominated.

In another set of experiments, the low levels of carried-over mtDNA consistently outcompeted the donor mtDNA, both in embryonic stem cells and in tissues made from these cells.

Exactly how the carried-over mitochondria rose to dominance is hazy. Egli’s team found no evidence that they helped cells to divide any faster — for instance, by delivering extra energy. Egli suspects that the resurgence happened because one mitochondrion was able to copy its DNA faster than the others could, which he says is more likely to occur when large DNA-sequence differences exist between the two populations of mitochondria. In his team's study, the most dramatic rebound in carried-over mtDNA occurred when the nucleus of a woman with mitochondria common among Europeans was inserted into the egg cell of a woman with mitochondria usually found in people with African ancestry.

Iain Johnston, a biomathematician at the University of Birmingham, UK, says that this theory makes sense. He was part of a team that found that, in mice with mitochondria from both lab and distantly related wild populations, one mitochondrial lineage tended to dominate2. If mitochondrial replacement does reach the clinic, Johnston says that donors should be chosen such that their mitochondria closely match those of the recipient mother.

But Mary Herbert, a reproductive biologist at the University of Newcastle, UK, who is part of a team pursuing mitochondrial replacement, says that mitochondria behave very differently in embryonic stem cells compared to normal human development. Levels of mutant mitochondria can fluctuate wildly in stem cells. “They are peculiar cells, and they seem to be a law unto themselves,” she says, calling the biological relevance of the latest report “questionable”. She thinks that data from embryos cultured for nearly two weeks in the laboratory will provide more useful information than Egli's stem cell studies.

Egli hopes that the HFEA considers his team’s data. He thinks the problem they identified can be surmounted, for instance, by improving techniques to reduce the level of carried-over mitochondria or matching donors such that their mitochondria are unlikely to compete. Until this is shown for sure, he advocates caution. “I don’t think it would be a wise decision to go forward with this uncertainty.”