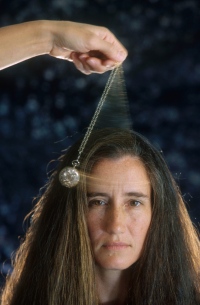 Susceptibility to hypnotism is linked to a gene variant known to affect social bonding.

People with genes that make it tough for them to engage socially with others seem to be better than average at hypnotizing themselves. A study published today in Psychoneuroendocrinology1 concludes that such individuals are particularly good at becoming absorbed in their own internal world, and might also be more susceptible to other distortions of reality.

Psychologist Richard Bryant of the University of New South Wales in Sydney and his colleagues tested the hypnotizability of volunteers with different forms of the receptor for oxytocin, a hormone that increases trust and social bonding. (Oxytocin's association with emotional attachment also earned it the nickname of 'love hormone'.) Those with gene variants linked to social detachment and autism were found to be most susceptible to hypnosis.

Hypnosis has intrigued scientists since the nineteenth-century physician James Braid used it to alleviate pain in a variety of medical conditions, but it has never been fully understood. Hypnotized people can undergo a range of unusual experiences, including amnesia, anaesthesia and the loss of the ability to move their limbs. But some individuals are more affected by hypnosis than others — and no one knows why.

How susceptible someone is to persuasion is an important factor in how easily they can be hypnotized by someone else. Bryant and his colleagues have previously shown that spraying a shot of oxytocin up people’s noses makes them more hypnotizable, and more likely to engage in potentially embarrassing activities such as swearing or dancing at a hypnotist’s suggestion2, 3.

When it comes to self-hypnosis, however, the team wondered whether people who can easily disengage from the external world and become lost in their own imagination might do better. In their latest study, they asked 185 volunteers to hypnotize themselves with the aid of an audio recording, then assessed the depth of their hypnosis using checks such as whether they were unable to open their eyes, or could hallucinate a sound.

The researchers used a questionnaire to test the participants’ ability to become absorbed in internal and imagined experiences, and tested them for variants of the oxytocin-receptor gene at two places in the gene sequence — rs53576 and rs2254298 — that that increase the risk of social detachment and autism. Participants with these variants scored highest for hypnotizability and absorption.

Bryant suggests that as well as being more hypnotizable, such individuals might “be influenced to have a range of experiences that more reality-based people cannot”. For example, this capacity might help to explain why some people respond better to placebos, or are more likely to accept paranormal or religious experiences.

“At this point we do not know anything about genetic bases of suggestibility per se,” says Bryant. “The current finding does provide some direction for exploring this.”

Aleksandr Kogan of the University of Cambridge, UK, who works on the genetics of social psychology, says that the results fit well with what is known about the oxytocin-receptor gene, particularly for variants at site rs53576. Among white people, these influence an individual’s sensitivity to social cues, he says. “That this would reflect a difference in internal experiences makes sense.”