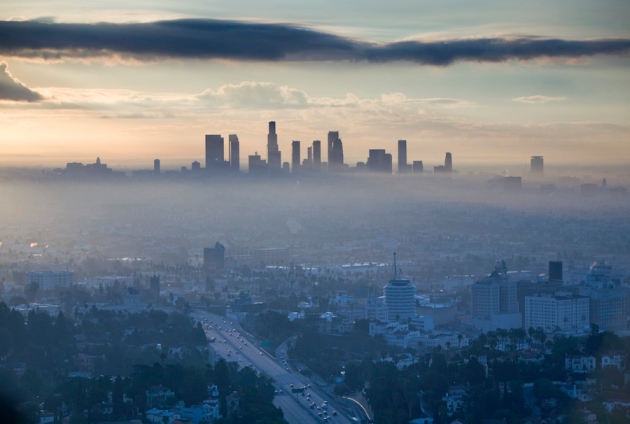 Revelations that Volkswagen, the world’s biggest car maker, rigged its emissions testing in the United States to circumvent regulations and boost its sales have sent shock waves through the car industry. On 22 September, the company admitted that it had used special software to lower emissions during laboratory tests of some of its diesel vehicles; on 23 September, its chief executive, Martin Winterkorn, resigned. And US car manufacturers will now face more stringent emissions tests, according to an announcement by the US Environmental Protection Agency (EPA) on 25 September.

The firm's admission suggests that about half a million cars on US roads and 11 million worldwide may be emitting substantially higher levels of nitric oxide and nitrogen dioxide (collectively known as nitrogen oxides or NOx) than expected from lab tests. The implications for human health are unclear, and some think that the scandal could yet spread to other car makers. Experts have long been aware, however, that lab tests often greatly underestimate actual emissions from diesel cars.

How did the manipulations come to light?

Last year, the International Council on Clean Transportation (ICCT) in Washington DC contracted scientists from the Center for Alternative Fuels Engines and Emissions at West Virginia University in Morgantown to test emissions from three light-duty diesel vehicles under more-realistic conditions than are possible in the lab. To do so, the scientists fitted cars with a portable emissions measurement system to gather a continuous stream of data over a variety of US road types.

The tests found that the levels of NOx emitted by a Volkswagen Jetta were 15–35 times greater than dictated by the US standard (31 milligrams per kilometre), depending on road and driving conditions. Likewise, those for a Volkswagen Passat were 5–20 times greater. The BMW X5, however, remained at or below the standard except during rural uphill driving.

The findings prompted the US Environmental Protection Agency (EPA) to launch investigations into Volkswagen tests in the United States. The EPA also threatened to withdraw its approval for all Volkswagen diesel vehicles approved for sale there; Volkswagen responded by admitting that it had tricked emissions tests by using software that senses when the car is being tested, and switches on full emissions control.

Why are diesel emissions worrying?

Diesel exhaust is a major contributor to air pollution, especially in Europe, where diesel engines are much more popular than in the United States. Diesel emissions contain carbon monoxide and NOx, both of which have serious adverse health effects; Volkswagen’s manipulations concerned NOx, which is a precursor to ground-level ozone and can cause severe respiratory problems.

In London, where more than 3,000 deaths a year are attributable to air pollution, diesel road traffic is responsible for 40% of NOx emissions. Across the European Union, some 20% of the urban population is estimated to live in areas where nitrogen-dioxide concentrations exceed air-quality standards.

What problems with emissions testing were known before Volkswagen's admission?

Several studies have shown that on-road emissions of NOx from diesel passenger cars, including vehicles made by manufacturers other than Volkswagen, substantially exceed the levels measured in the laboratory. The results have raised concerns about the validity of current approval procedures, which car makers have to pass before they can put a new model on the market.

In 2011, scientists with the European Commission’s Joint Research Centre (JRC) in Ispra, Italy, reported that average on-road emissions of tested diesel vehicles exceed allowed limits by up to 14 times1. By contrast, NOx emissions of petrol vehicles stayed within the limits.

A year later, the JRC compared NOx emissions of a diesel passenger car that was made to comply with emissions standards due to be implemented in 2014 — called Euro 6 — with six older-type cars2. Thanks to its advanced catalytic converter, the new car type did perform considerably better, but on the road it still exceeded the existing emissions standard by about 260%.

And an analysis last October by the ICCT of real-world emissions by 15 modern diesel cars — twelve certified to the EU standard and three to the equivalent US standard — found that although some cars performed reasonably well, others had real-world emissions up to 25 times higher than the 80 milligrams per kilometre allowed by the Euro 6 regulation3. The average level of NOx emissions was about seven times higher than allowed in the EU.

Is Volkswagen alone in deploying software designed to circumvent tests?

No other manufacturers have been implicated, but some experts suspect that the use of so-called 'defeat devices' may be more widespread. "I for one find it difficult to believe that Volkswagen was the only brand to do it,” says Jos Dings, director of the Brussels-based non-governmental organization Transport & Environment. He cites a Transport & Environment study, released earlier this month, that found that Volkswagen was just one of many companies with diesel vehicles whose on-the-road emissions were above the limits. However, the study did not look for evidence of trickery, and was confined to Europe, where diesel emissions standards are less stringent.

What is happening now?

Even before the scandal erupted, Europe had put in place measures aimed at improving the quality of diesel emissions tests. By 2017, the European Commission plans to establish a 'Real Driving Emissions' procedure that mandates on-road emissions tests for all types of passenger vehicle. To ensure that vehicles meet the NOx emission limits on the road — and not just during lab conditions, which are open to manipulation — the procedure will make use of similar portable emissions measurement systems to those used by the JRC researchers.

In the wake of the scandal, the US EPA's announcement on 25 September addressed the need for updating emissions testing standards. The agency said that all new diesel vehicles may now undergo tests "for the purposes of investigating a potential defeat device" (See: EPA letter to manufacturers). The agency refused to elaborate on how exactly they plan to check for defeat devices. “[Automakers] only need to know we’ll be keeping their vehicles a little bit longer, and driving them a little bit more,” said Christopher Grundler, a director at the EPA, in a press conference. The agency will use the same portable emissions-measurement systems that flagged the VW cheat to spot-check light-duty diesel vehicles that are currently on the road.

Until now, the agency has required such testing only for heavy-duty diesel vehicles, which account for the vast majority of highway pollution: diesel cars, by contrast, account for only around 1% of the US car fleet, and just 0.2% of highway NOx emissions, says Grundler.

Will that solve the problem?

The proposed change could greatly improve the level of emissions from new cars, and experts hope that it will prompt manufacturers to make cars that meet the required standards. However, some details regarding future testing conditions have yet to be worked out. Car makers would prefer on-road testing conditions to be narrowly specified, including the driving speeds and road gradients. But experts caution that for emissions tests to be meaningful they need to be as broad as possible.

What does the scandal mean for the future of diesel in cars?

Diesel vehicles tend to have a smaller carbon footprint than their petrol-powered counterparts and have been touted as a strategy for mitigating global warming. And as the BMW X5 demonstrates, diesel cars can genuinely keep emissions within existing limits. But analysts say that Volkswagen's misbehaviour might result in higher pollution limits, which would in turn up the research and investment costs for car makers. The scandal might also make it difficult to credibly promote the idea that diesel is reconcilable with attempts to reduce air pollution.

The article has been updated with the EPA's announcement of its stricter testing policy.

The article has been updated following Volkwagen’s announcement that more than 1 million cars in the UK are fitted with the emissions testing software.