An ongoing legal battle over gene patents has led many scientists to ask whether such claims help or hinder research. That question will be debated once more on 20 July when Myriad Genetics, a diagnostic company in Salt Lake City, Utah, returns to the US courts to argue that its patents on the BRCA1 and BRCA2 gene variants — linked to inherited breast and ovarian cancer — are valid. Currently, the patents give Myriad exclusive rights to conduct diagnostic tests on the genes. The judges are expected to issue an opinion by late summer. The case is important because thousands of genes have been patented in the United States, and no one is sure what will happen if the judges rule Myriad's patents invalid. Nature examines what the Myriad case means to biotechnology and genetic medicine. 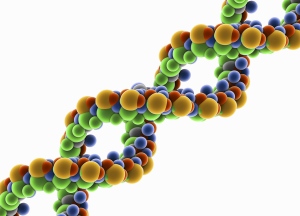 An argument over whether isolated DNA is patentable is at the centre of a US court case on existing gene patents.

How could gene patents be rendered invalid?

In the United States, 'laws of nature' are not able to be patented, along with abstract ideas. The argument against Myriad's patents centres on whether isolated DNA is the same as native DNA, which is defined as a law of nature. If the court decides that the patents are invalid, that ruling would reverse more than 20 years of precedent, during which companies and academic researchers have patented thousands of genes. Some of these genes form the basis of diagnostic tests that determine when someone might respond well to a given therapy, or whether they’re at risk of a disease or a drug side effect, for example.

Why has Myriad returned to court?

Although the courts upheld Myriad’s patents in July 2011, the Supreme Court ordered the Appellate Court to reconsider the case in light of a ruling in March 2012 against the diagnostics company Prometheus Laboratories in San Diego, California (see 'US Supreme Court upends diagnostics patents'). Prometheus held patents on a method of determining drug dosage for a patient on the basis of the amount of certain components in their blood. According to the judge, this test merely reiterated a law of nature — the relationship between the concentration of blood components and the likelihood that a drug dosage will be harmful or ineffective. Legal briefs recently filed by the US Department of Justice urge the judges to consider whether Myriad's patents 'tie up' the future use of laws of nature, as decided in the case against Prometheus.

Does Myriad’s patent tie up a law of nature?

Yes, according to the American Civil Liberties Union (ACLU) in New York, a legal group that represents the plaintiffs in the case, who include researchers, scientific societies and women with cancer. “By claiming a ‘law of nature’, they can stop every other lab from performing tests, even with different testing methods,” says ACLU attorney Sandra Park. Although there are some 8,000 publications on BRCA genes, which testify to the fact that research on the genes is ongoing, Myriad prevented at least five researchers — who are some of the plaintiffs in this case — from testing women in-house as part of their academic studies. “It’s within [Myriad’s] power to give licences to scientists,” Park says, “but the way they’ve exercised their rights shows that they are intent on maintaining a monopoly.” Legal briefs filed by DNA structure co-discoverer James Watson urge the judges to consider whether the patent leaves the public free to study the genes encoding BRCA1 and BRCA2.

What are the consequences for biotech if Myriad’s gene patent is struck down?

Venture capitalists would be reluctant to invest in a small biotechnology firm if there was no secure patent protection, says Hans Sauer, an intellectual-property lawyer at the Biotechnology Industry Organization in Washington DC, a trade association for biotech companies that has filed a brief in favour of Myriad. “It’s already quite hard to get good patent protection in the area of personalized medicine, and the Myriad case adds another layer of complexity,” he notes. Companies will still be able to patent genes if Myriad loses its case, but the patents might need to be more narrowly defined and so might not protect companies as effectively, he predicts. For example, a patent might protect a kit that detects specific mutations within a gene associated with causing colon cancer, the result of which helps physicians to tailor their patient’s treatment. The issue with narrower patents, however, is that other companies can design tests that detect different mutations, or they could develop kits that detect the same mutations using different reagents.

Scientists tend to ignore patent claims on genes or genetic diagnostic methods because the patent-holding companies generally reserve litigation for individuals who seek to profit from their product, Sauer says. Researchers have occaisonally been issued ‘cease and desist’ letters to stop them working on patented genes but these cases rarely, if ever, result in lawsuits. One way to increase researchers’ security might be to explicitly allow ‘experimental use exceptions’, as occurs in European patent law. “It works well in other countries,” says Sauer, “so I don’t see why it wouldn’t work here”.