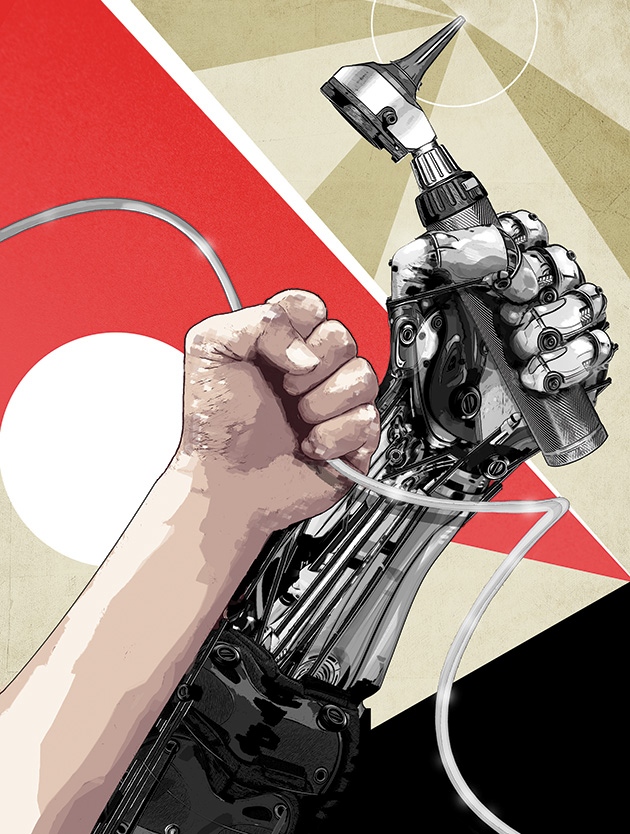 Robots did not write this sentence, or any other part of Nature. But that could change. Dramatic shifts in labour are reshaping society, the environment and the political landscape. Consider this disorienting estimate from the World Economic Forum: 65% of children entering primary schools now will grow up to work in jobs that do not yet exist. This week, Nature asks: what light is research shedding on the future of work, and how will the changes affect scientists' working world?

A News Feature explores which jobs are most at risk of being replaced by artificial intelligence and machine learning; whether a decentralized 'gig economy' will democratize work; and what programmes will best prepare workers. “There's a huge need, a huge opportunity, to study the changes,” says economist Erik Brynjolfsson. And the scientific workforce is feeling these shifts. A Careers Feature reports on people doing research outside the traditional career path. “I love the freedom,” says Cecile Menard, an independent land-surface modeller in Edinburgh, UK, “but for other people, it may be too stressful.”

Important lessons can be drawn from the past. Economic historian Robert Allen synthesizes three centuries of data to see when and where the relationship between wages and productivity was most like today's — and finds that some regions are in uncharted waters. These changes call for new socio-economic models and a revolution in education, concludes historian Yuval Noah Harari. And economist Ian Goldin argues that our era has more parallels with the Renaissance than the Industrial Revolution. This time, he urges, “knowledge and enquiry must find a way to conquer prejudice and ignorance”.