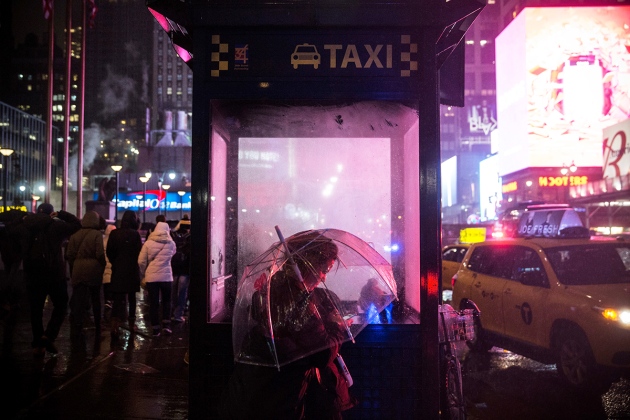 Taxi-sharing may cut costs and car emissions in cities around the world.

It makes sense that sharing a taxicab would be practical in places such as Manhattan in New York, where lots of people are always looking for a ride. But the same approach might also work in vastly different cities across the world, potentially lowering both transport costs and emissions, suggests a network-theory study1.

Ride-hailing companies such as Uber and Lyft give customers the option to share journeys with others who are heading to similar destinations. Traditional taxi firms could in principle do the same, if they were linked up through the right technology — algorithms that match customers with other nearby passengers.

Researchers led by Carlo Ratti, an architect and engineer at the Massachusetts Institute of Technology (MIT) in Cambridge, crunched taxi-ride data from Manhattan, Singapore, Vienna and San Francisco in California. They found that although these cities have differing layouts, all four have vast untapped potential for mass ride sharing1.

Ratti and his team built an abstract network of trips, which were connected to each other if they were potentially shareable - that is, without causing delays to either party of more than 5 minutes. They then calculated what would happen to the number of shareable rides (as a fraction of the total) if any of those cities were to experience a drop in taxi use. This simulated what might happen in cities with a similar layout to one of the four examined with actual data, but where either the average demand for mobility is lower, or fewer cars are available, or both. They found that shareability follows a ‘universal’ law, with different cities showing the same curve when the feasibility of cab-sharing is plotted against demand.

“Although these four cities superficially look different, their shareability curves look the same,” says Steven Strogatz, a mathematician at Cornell University in Ithaca, New York, who is a co-author on the latest study. “It’s amazing to me that it works as well as it does.”

Even with a small drop in demand, the shareability of rides remains high in all four cities. This suggests that mass adoption of ride sharing should be possible not only in the four locations in the study, but in lots of other cities across the world, Strogatz says. The researchers published the results on 6 March in Scientific Reports1.

It's an extension of work that Ratti and his collaborators published in 2014. Using data on taxi rides from Manhattan, where all yellow cabs are tracked using the Global Positioning System, they calculated that most rides that start and end in Manhattan could have picked up more than one customer2. Crucially, the researchers found the 5-minute threshold for what they call a ‘shareable’ ride. And ride sharing could also slash the total number of miles driven each year by Manhattan's fleet of taxis by 40% — so cutting emissions, too.

Luís Bettencourt, a physicist who studies complex systems at the Santa Fe Institute in New Mexico, says that the study is interesting, although the mathematical law the authors found might not be quite as universal as they believe. Bettencourt adds that he would have liked to see a model that includes more social and economic factors in shareability, such as safety (whether riding with a stranger might be perceived as dangerous) and pricing.

“For example, if the price differential between a non-shared and a shared ride is small, I may prefer not to share,” Bettencourt says.

Ratti is the head of the Senseable City Lab at MIT, an interdisciplinary research centre that now has a collaboration with Uber. As a follow-up to the latest study (which was not funded by Uber), he says that his team is now analysing data the company collected from cities around the world to examine shareability.

Future studies might also take into account a possible virtuous cycle that could kick in once there is mass adoption of ride sharing, Ratti says. “If people share more rides, traffic will be reduced because vehicle occupancy will increase. With less traffic, travel time will decrease, increasing the potential for further ride sharing.”

Strogatz, however, worries about possible unintended consequences, such as lost jobs for taxi drivers or cuts in bus services. Already, some US cities are reportedly considering cuts to the availability of public transportation, under the assumption that stranded customers can instead use a ride-hailing company.

He says: “Sometimes I worry, are we doing the devil’s work here?”