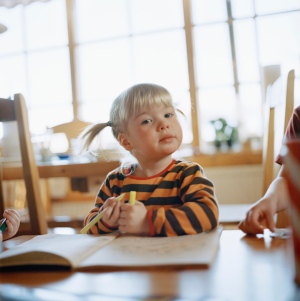 Swedish schoolchildren lived longer if they spent longer in education, according to a huge post-war study.

Shortly after the Second World War, the Swedish government conducted a vast social experiment to decide whether to implement educational reform. An examination of data from people who took part in the study, published today in the Proceedings of the National Academy of Sciences1, has revealed that those lucky enough to have experienced the reformed system have been more likely than their contemporaries to live a long life.

Governments across northern Europe reformed their education systems in the wake of the Second World War, searching for ways to regain economic strength. “There was an international trend inspired by the United States to go for more comprehensive schooling,” says Anton Lager, a co-author of the research, who studies young people's health at the Centre for Health Equity Studies of Stockholm University. As well as starting to teach all children equally, many countries introduced longer schooling. The United Kingdom, for instance, raised the school leaving age from 14 to 15 in 1944, and to 16 in 1972.

In Sweden, the government decided to undertake a controlled study of its proposed new school system — so, from 1949 to 1962, all 1.2 million children in the Swedish state education system were set on one of two paths. In a slowly increasing proportion of the school districts across the country, it became compulsory for children to attend a comprehensive school for 9 years. The rest of Sweden provided a control group, in which children stuck to the existing system: mandatory schooling for 8 years, with the most academically gifted children remaining in school for up to 10 years2.

The study was intended to discover whether overall educational standards improved, and whether academically able students would be held back. It found such significant educational benefits that the government introduced the new system for all children in 1962.

To test the long-term health benefits of the system, Lager and his co-author, Jenny Torssander, a social scientist at Stockholm University, collated information from a 1960 census and Swedish death records between 1961 and 2007. They found that children educated in the reformed system had a reduced risk of dying between the ages of 40 and 70, particularly from cancer, ischaemic heart disease and accidents. The two groups had an identical risk of dying before the age of 40.

Lager says that the Swedish government’s large-scale intervention is unique in social science. In other countries, educational reforms have tended to be rolled out across the whole nation at once, so that their effects must be compared between different birth cohorts, with varying standards of living and other influencing factors, and it is difficult to determine whether education is the cause of any changes.

For example, Marcus Richards, a cognitive epidemiologist at University College London, followed two cohorts of British children, born in 1946 and 1958, and noted that the younger group, which had received an extra year of schooling owing to UK educational reform, had consistently higher literacy3. Low literacy has previously been linked to poor health4. However, any beneficial effects for the younger UK cohort might also be attributable to other factors that had changed in the intervening decade.

But in Sweden, the experiment “was explicitly designed to study the effect of the reform. You don’t have to assume the change is independent," says Lager. Richards agrees that the Swedish study more directly “supports the view that education has a causal role in health”.

Repeating the Swedish experiment on a similar scale would be almost impossible now. As Richards points out, “no one could advocate deliberately withholding education from a group of children. It would be entirely unethical.”

But it is still possible to do planned experiments on a smaller scale, says Greg Duncan, who studies childhood education at the University of California, Irvine, and has worked on the Panel Study of Income Dynamics, a US longitudinal study of socioeconomics and health. “Where state-run services are oversubscribed, you can provide those on the waiting list with a different option,” he says.