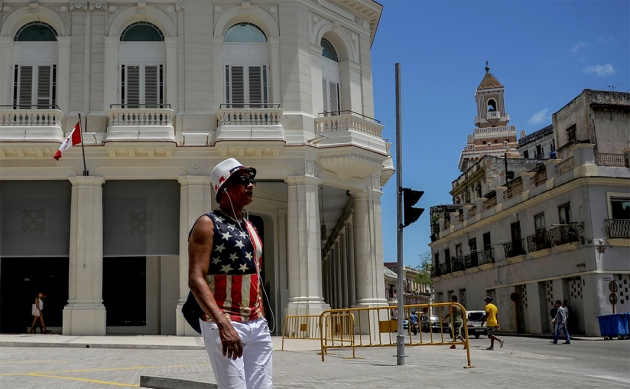 Cuba has been subjected to an economic embargo by the United States since 1962.

On 16 June, US President Donald Trump announced that he would strengthen travel and trade restrictions against Cuba, reversing his predecessor’s attempts to normalize relations with the country. The move is a blow to scientists who hoped that former president Barack Obama’s push to relax US restrictions on Cuba would make it easier for researchers there to travel and to collaborate with colleagues in the United States.

“People feel very disappointed,” says Pedro Valdés-Sosa, vice-director of Cuba’s neuroscience research centre, CNEURO, in Havana. “They feel like we’ve all moved on beyond the cold war stage, and it isn’t good for the Cuban people. This is just politics.”

Since 1962, US companies have been banned from selling products to Cuba. Because this embargo encompasses reagents and scientific machinery that contain even a few components made in the United States, it has been difficult for Cuban scientists to acquire modern research equipment and materials.

But in 2014, Obama announced a plan to restore normal relations between the two countries, and gradually relaxed some travel and economic restrictions. Many expected that the United States would eventually end the broader embargo, and scientists in both countries began making plans to collaborate and apply for joint funding. “We thought that no matter what happens [in the election] this would be a continued trend,” Valdés-Sosa says.

In his 16 June speech, Trump called Obama’s reforms a “bad deal for the United States and a bad deal for the Cuban people”, and promised to make a new deal with the country’s government if it reforms its human-rights policies. The US embassy in Cuba will remain open, and some existing deals between US and Cuban businesses will remain in place. But the White House will reinstate the ban on US citizens travelling to Cuba and prohibit financial transactions that could benefit the Cuban military. Many details of the policies have yet to be worked out, however.

That leaves scientists who could be affected by the  restrictions unsure of how to proceed. “Until we see those details, it’s really hard to say,” says Tom Wang, director of the Center for Science Diplomacy at the American Association for the Advancement of Science (AAAS) in Washington DC. But he expects that any new policies are likely to increase the difficulty of setting up US–Cuba research collaborations and travel — and to send the wrong message to the rest of the world.

“Even if the Cuba policy is only directly in relation to Cuba, the general tenor and view of the US is it’s an undesirable place for foreigners to come and interact with,” Wang says.

Some US–Cuba scientific initiatives are proceeding, at least for now. The AAAS is still planning joint meetings and exchange programmes for later this year. And Candace Johnson, president of Roswell Park Cancer Institute in Buffalo, New York, says that her institute is continuing its clinical trial of a lung-cancer vaccine that was developed in Cuba and is being tested in collaboration with researchers there. The trial, which is the first US-based clinical evaluation of a Cuban therapy, began enrolling patients in January.

Luis Montero Cabrera, a computational chemist at the University of Havana, says that even the two years of relaxed sanctions have allowed scientists in both countries to build collaborations and create a positive environment. That progress “cannot be reversed”, he says. “Nobody was able to rebuild the Berlin Wall when it was opened by the first point.”