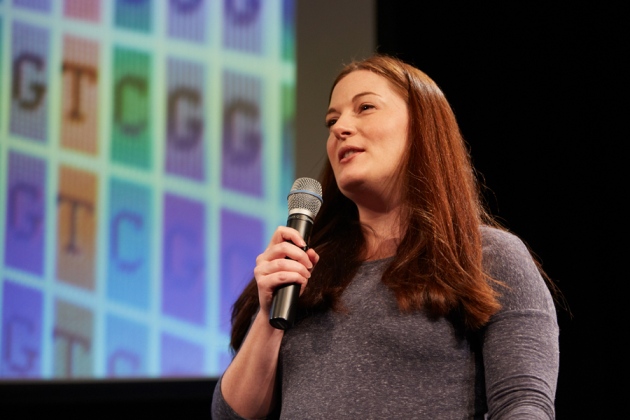 Elizabeth Iorns brought her expertise with biotech projects to Y Combinator, a start-up accelerator known for its investments in the technology business.

Y Combinator, a company that backs technology start-ups, is famous for its early support of successful online services such as Airbnb and Dropbox. It historically has invested a few thousand dollars into web-based businesses that require only small grants to get up and running at their earliest stages. But the programme is now expanding its reach to back biotechnology start-ups, says company president Sam Altman.

Altman spoke to Nature together with Elizabeth Iorns, hired last week as a part-time partner at Y Combinator, which is based in Mountain View, California, for her expertise in life sciences. A former cancer biologist turned entrepreneur, Iorns has herself benefited from Y Combinator funding — she co-founded Science Exchange, a firm in Palo Alto, California, that provides an online marketplace where scientists offer up spare capacity and instrumentation to do other researchers’ experiments.

In 2008, Y Combinator founder Paul Graham wrote that funding biotechnology start-ups was too expensive. Why the change now?

Sam Altman: Six years ago, the starting costs for biotech firms would not work with our model: it took millions of dollars to get anywhere. But the landscape has changed. We’ve noticed, over the past year, more and more promising biotech firms asking about Y Combinator. I think there is a real trend for biotech start-ups looking more like software start-ups. In ten years it won’t even be unusual for a biotech firm to begin in the same way a software firm does, and we want to be on the leading edge of that trend. Given that we haven’t done this before, we don’t know a lot of people that have a background in it, so we were very lucky that Elizabeth agreed to help.

Elizabeth Iorns: I think the fundamental changes that are happening in the biotech space are like the changes that happened for software start-ups with the introduction of Amazon Web Services. You saw the economics completely shift. Previously, you needed significant investment in physical infrastructure to start a firm. Then all of a sudden you could just turn on servers. That same ability to access the entire technical infrastructure that’s required to start a biotech company is now also available with basically no investment. We see Science Exchange as an example of that platform, and you also see it with QB3 [a life-sciences incubator based at the University of California, San Francisco], which rents out lab bench space for less than US$1,000 per month. That means you can cheaply have access to laboratories, instruments and experts. That’s completely different than it has been at any other time for biotech firms. 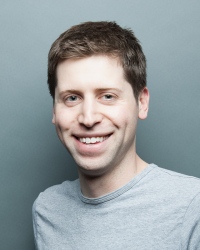 How much will you invest?

S.A.: Before now, we had invested $17,000 per company for a 7% share. [In addition, each company would also get $80,000 in convertible notes — essentially, a promise to provide the cash later — from four venture-capital firms]. But starting with the new batch of firms, we will invest $120,000 per company for the same share [with no separate venture-capital involvement]. It’s not a huge amount of money, but it’s quite a bit more. Part of the design goal is for companies that have more costs than just software, as biotech companies may, to be able to get a lot further.

E.I.: That really changes the economics — $120,000 is basically the same as you would get from phase 1 of a Small Business Innovation Research grant from the US National Institutes of Health.

Can you name some examples of biotech firms you would invest in?

S.A.: We haven’t selected the firms yet, though the Immunity Project [an effort to develop an HIV/AIDS vaccine, based in Oakland, California], is one that we have already invested in. We are not just talking about software firms, but I guess that many of the companies we would hunt would have a strong software component, because that is part of how you would expect the costs to reduce.

E.I.: There are firms such as Benchling [a tool for analyzing and sharing genetic information, based in San Francisco] , Science Exchange and Experiment.com [a science crowd-funding platform, also based in San Francisco] all of which Y Combinator has backed, but they are more like traditional software companies, not wet-lab development. But Science Exchange and I have already advised many small biotech companies, as they are some of our key users. Two firms that we work closely with are OncoSynergy, a start-up that’s at QB3 working on a brain-cancer cure, and Perlstein Labs, set up by [evolutionary pharmacologist] Ethan Perlstein to create cures for rare diseases, also at QB3 (see ‘Turning point: Ethan Perlstein’).

Your funding of the Immunity Project has been criticized for lack of peer-reviewed data, and some worry that Silicon Valley's penchant for technology and marketing might not be compatible with medical research.

S.A.: Look, the idea may work and it may not. I was disappointed by the article Nature ran and by what others said, which basically came down to: “Shame on these people for trying.” I think that’s a big part of the problem with biotech and innovation in biotech today. The reason software start-ups work is that people have tried a lot of things, and they make it cheap to fail. It’s easy to start a company: some things work and some things don’t. The Immunity Project has at least some promising early data; they are still running experiments and will be publishing all of their results.

The thing I never understood is: shouldn’t the biotech community be happy that more people are trying to do this and that more people are funding this work? I think we should have a lot more people trying to develop HIV vaccines. The cost structure has changed such that they can do it on much less money and much more quickly than traditional labs. As we will fund more biotech companies, a lot of them are going to look untraditional. I assume you guys are going to blast us many more times, and that’s OK. The metric that we care about is actually helping companies ship products and services that matter and that make the world better. If the traditional science community wants to say these things aren’t going to work, they can keep doing that. That’s what used to happen with software companies. The Immunity Project may fail, and the next 30 things we fund may fail — and the whole model is such that that’s OK. We can have 31 failures and one success, and the model still works great. That’s how we’re designed.

E.I.: From a science point of view, one of the interesting things was that there was so much criticism levelled at the Immunity Project, mainly because people felt that they were outsiders. And science is often a very hierarchical, closed system — which has very many limitations. One thing I would definitely say is that we don’t really validate any of the traditional models either. How many Nature papers are not reproducible? To call out a new bunch of people who are trying something different because people are afraid they’ll fail is sort of hypocritical given that we don’t really check whether anybody else’s results are correct, either. [Iorns also runs the Reproducibility Initiative, an effort to validate important results in cancer biology.]

How can people apply, and how many companies will you be investing in?

S.A.: It starts out with filling in an online application with about 20 questions to help us understand the founder and the business. We narrow that down to a set that we want to meet in person, and select from those companies some to fund for three or four months, with milestones to aim for. It’s a lot less than a venture capital firm invests, but people do Y Combinator not for the money, but for the advice and the community and the connections. At the end of our formal programme, we help the start-ups seek further financing.

We could invest in quite a lot of companies. It really depends how many good companies apply. In the last batch we funded 75; I guess biotech will start slowly with just a few per cycle. There was an explosion of incredible software start-ups from the late 1970s, and I believe we will go through a similar period for biotech, where, as the costs come down, we are finally going to see real innovation commercialized very quickly.