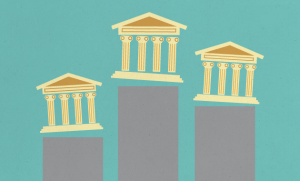 Academics in South Africa are in uproar after a government research agency announced plans to cut the budget of a prestigious grant programme that rewards the country’s best researchers.

The initiative aims to foster academic excellence by awarding grants to individual researchers who volunteer to be rated, with higher-rated academics attracting more money than lower-rated ones. But the National Research Foundation (NRF) said last week that, in an effort to contain costs, it would cut funds to the programme. Some rated researchers will lose up to 90% of their cash.

The move is “catastrophic”, according to George Ellis, a top-rated mathematician at the University of Cape Town who receives funding from the programme. He said it would “leave many of the best researchers in the country high and dry”.

South Africa’s research and higher education system has long struggled with chronic underfunding, exacerbated in recent years by economic and political turmoil. The budget of the government’s science and technology department, the NRF’s parent body, has increased slightly over the past few years but decreased in real terms owing to rising inflation. And in August 2016, academics wrote an open letter to the government, warning that the system was on the brink of collapse because of systemic underfunding.

The rating system, introduced in 2008, aims to benchmark South Africa’s researchers against those in the rest of the world and improve the country’s competitiveness. The number of researchers who have been rated has since more than doubled to 3,689.

South Africa’s research system is “subject to the availability of resources, and we are being asked to do more with less”, says Gansen Pillay, deputy chief executive of the NRF. “The question was sustainability into the future. It hasn’t been terminated, but the funding model has been revised.”

"When you are an A-rated researcher, which means you’re world renowned, you should be able to access funding from other sources,” says Pillay. However, many of the NRF’s largest grants programmes are available only to experienced researchers, he says. “It is incentive funding, not a grant. It was just to acknowledge and affirm excellence.”

Ellis says that, in practice, many researchers use the incentive funding to supplement their main research grants, to support students or visitors and to travel for conferences. “In practice, it is a termination of this excellent programme and a huge slap in the face for South Africa’s top level scientific researchers.”

“The incentive grants funding was good: it encouraged researchers to get themselves rated,” says Michael Davies-Coleman, dean of science at the University of the Western Cape. “It will become increasingly difficult to convince colleagues to apply for rating in the future, despite the important contribution which increasing numbers of rated researchers make to a university’s national research profile.” Cutting incentive cash would also have a major effect on the number of students entering research, he says.

An A-rated researcher who spoke on condition of anonymity says that the NRF “were victims of their own success” because of the growth in the number of rated researchers. “In an environment where the budgets are being reduced in real terms, they’re desperate to save a bit of money. But from an academic point of view, it’s a bit of a disaster.”