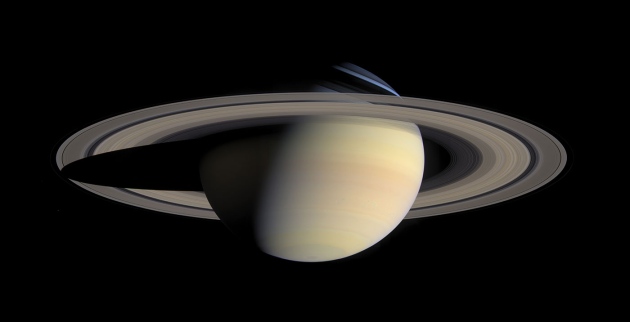 Gas-giant planets such as Saturn are composed largely of hydrogen and helium.

The biggest planets in the Solar System may have gotten their start from the smallest of rocks: centimetre-sized pebbles that formed 4.5 billion years ago from dust and ice swirling around the newborn Sun.

New research1 strengthens support for the idea that these primordial pebbles rapidly melded into the cores of gas giants such as Jupiter and Saturn. Earlier theories had suggested that building a giant planet required a stately agglomeration of much-bigger chunks, each about a kilometre across.

The latest paper on the 'pebble-accretion' scenario, published in the 20 August issue of Nature, describes how embryonic planets whizzing around the Sun would have nudged one another as their gravitational fields interacted. This would have flung some of the protoplanets out of the plane of the dusty disk, effectively starving them of material; those remaining in the disk could gorge on pebbles to become true planets.

“It really is a paradigm shift for how planets form,” says lead author Harold Levison, a planetary scientist at the Southwest Research Institute in Boulder, Colorado.

Before the pebble-accretion model emerged, the leading idea was that dust and ice grains coalesced slowly to form kilometre-scale objects; these combined with each other until they were big enough to hold onto a gaseous cloak and become a true gas giant. But scientists found it difficult to explain how this leisurely process could have finished in just a few million years, before the disk of dust around the Sun dissipated.

The pebble-accretion idea, put forth2 in 2012 by Michiel Lambrechts and Anders Johansen of Lund University in Sweden, seemed to solve this problem. It was able to explain how a planetary core could form rapidly, as friction with gas in the disk would have slowed pebbles enough for them to be accreted onto an embryonic planet. 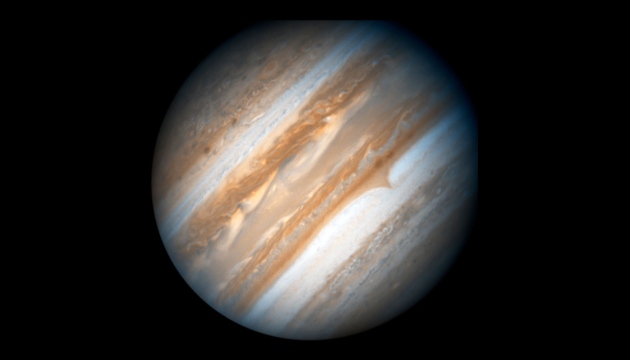 Bands of clouds help to give Jupiter its striking appearance.

Still, the model was not perfect. Simulations that tested the theory generated hundreds of Earth-sized objects flying around the Sun, rather than the handful of larger objects — roughly ten times the size of Earth — that are thought to have formed the cores of the giant planets3. “For planet formation, such a democratic outcome is a bad result,” says Chris Ormel, an astronomer at the University of Amsterdam.

Levison’s team fixed that problem by allowing more time for the pebbles to develop into planetary cores. “We’re doing simulations that actually allow the growing planetesimals to interact and collide with each other,” says co-author Katherine Kretke, an astronomer at the Southwest Research Institute.

The researchers found that embryonic planets that were only slightly larger than their neighbours tended to bully the others out of the disk. “It’s kind of a runt of the litter thing,” says Levison. “The runt is pushed aside by its bigger siblings so that they grow, and it doesn’t.”

Depending on the starting conditions, the team's simulations generally yielded between one and four gas-giant planets, similar to Jupiter, Saturn, Uranus and Neptune. Their existence and positions from the Sun align well with another leading theory of planetary formation, the Nice model, which describes how the gas-giant planets began to interact with each other once they had grown to full size4. “We basically produce the start of the Nice model,” says Levison.

Johansen says that this work “solves a major issue for the pebble-accretion idea”. One possible next step, he says, is to look at whether pebble accretion can explain the existence of gas-giant planets in other solar systems. Scientists with the Gemini Planet Imager, in Chile, took a picture recently of a roughly Jupiter-sized planet in a Jupiter-like orbit around the star 51 Eridani5.

“Things are falling together in a way that haven’t happened for previous models,” says Kretke.