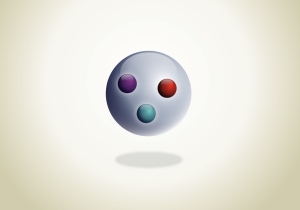 The proton's three quarks are (mostly) confined within a region 0.87 femtometres in radius — or is it 0.84?

One of the Universe's most common particles has left physicists completely stumped. The proton, a fundamental constituent of the atomic nucleus, seems to be smaller than thought. And despite three years of careful analysis and reanalysis of numerous experiments, nobody can figure out why.

An experiment published today in Science1 only deepens the mystery, says Ingo Sick, a physicist at the University of Basel in Switzerland. "Many people have tried, but none has been successful at elucidating the discrepancy."

The proton's problems started in 2010, when a paper published in Nature seemed to show that the particle was 4% smaller than originally thought2. Researchers began with a target of hydrogen, an atom that consists of one proton and one electron. When they bombarded the hydrogen with muons — heavier cousins of electrons — from a particle accelerator, a muon would occasionally replace an electron. Probing the muonic hydrogen with a laser yielded a high-precision measurement of the proton's size. The problem is that the measurement differed from those obtained by two other methods by 4%, or 0.03 femtometres (fm). That's a tiny amount — 1 fm is 0.000000000001 millimetre — but is still significantly larger than the error bars on either of the other measurements3, 4.

The latest experiment also used muonic hydrogen, but probed a different set of energy levels in the atom. It yielded the same result as the Nature paper — a proton radius of 0.84 fm, says Aldo Antognini, a physicist at the Swiss Federal Institute of Technology Zurich in Switzerland and an author of both muonic papers1, 2. The second measurement "is totally compatible with the previous value," he says.

But it is still not compatible with the measurements taken by non-muonic techniques, says John Arrington, a nuclear physicist at Argonne National Laboratory in Lemont, Illinois. Errors in the muon-based measurements of the proton radius are unlikely to be to blame, Arrington says, and yet it seems equally unlikely that all the other measurements are wrong, too.

One possibility is that Antognini's team has inadvertently discovered new physics. It is the only one to use muons to probe the proton — the others all used electrons, and there is a small possibility that muons interact with protons differently from electrons. The effect would have to be small, or it would also show up in other places, such as the Large Hadron Collider, the big particle accelerator near Geneva, Switzerland.

Arrington and Sick both have their doubts. "I'm a big believer in our understanding of physics," Arrington says. Given the power of existing theories, Sick says, the idea of fundamental differences between muons and electrons is "sort of hard to imagine".

But equally hard to imagine is what might have gone wrong. Experimentalists have combed back over their data. Theorists have recrunched their equations. There could be a problem with the models used to estimate the proton size from the measurements, but so far, none has been identified. "Many of the ideas that have been stated have all been looked at in more detail," Sick says. "Nobody has come up with a clear result."