Climate partners The United States and China will cooperate on reducing emissions from heavy-duty vehicles as part of a broad set of climate initiatives they announced on 10 July. Building on an earlier US–Chinese agreement to curb emissions of hydrofluorocarbons — powerful greenhouse gases used as refrigerants — the partnership aims to boost carbon capture and storage, increase building efficiency, improve greenhouse-gas monitoring and build more efficient electric grids. The two countries will develop plans by October 2013 to implement the initiatives.

Biofuels brake Biofuels made from food crops are on course to be curbed in Europe after an 11 July vote by the environment committee in the European Parliament. Politicians moved to limit food-based fuels to 5.5% of transport fuel by 2020, after scientists warned that production of some biofuels drives land clearance that can lead to greater greenhouse-gas emissions than from fossil fuel (see Nature 499, 13–14; 2013). Fuel suppliers would also have to report emissions due to changes in land use. The European Parliament votes on the issue in September.

Italian animal work Proposed legislation in Italy to tighten restrictions on animal research has moved forward, entering the Chamber of Deputies on 11 July. The proposal, approved on 4 July by the Senate, would ban research involving addictive drugs or transplants of living cells from other species. It would also stop the breeding of dogs, cats and primates in Italy for research, and require anaesthetic for any procedure causing mild pain in animals (such as giving injections). Concerned scientists say that the restrictions could halt important biomedical research, and fear that Italy is becoming increasingly hostile to animal studies.

Indian power India’s plans to expand its nuclear power capacity are moving ahead, despite public opposition following the Fukushima nuclear accident (see Nature http://doi.org/ckcr86; 2011). The first of two Russian-built reactors at Kudankulam in Tamil Nadu achieved a sustained chain reaction on 13 July — a first step towards producing power. Work had stalled after protests in 2011, but in May, India’s Supreme Court dismissed the concerns. The second reactor is expected to start up within eight months; the reactors will have a combined electricity generation capacity of 2,000 megawatts. 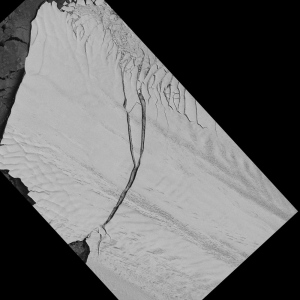 Giant iceberg cut adrift Antarctica’s Pine Island Glacier shed a massive iceberg last week (to the left of the crack), breaking along a deep rift that researchers had been monitoring since 2011. The ‘calving’ event dumped a 720-square-kilometre chunk of ice into the Amundsen Sea off western Antarctica, the German Aerospace Center (DLR) reported on 9 July, on the basis of images collected by its TerraSAR-X satellite. Pine Island, one of Antarctica’s fastest-moving ice streams, previously calved large slabs of ice in 2001 and 2007. Researchers hope that careful charting of the latest event will improve their understanding of how climate change may affect ice loss by calving.

Negligence claim On 11 July, relatives of two biologists murdered in 2010 at the University of Alabama, Huntsville, asked a judge to add the former university president as a defendant in their ongoing lawsuit to collect civil damages for the killings. Lawyers for the victims’ families say that three months before the murders, David Williams, along with then-provost Vistasp Karbhari, sought police protection for themselves from biologist Amy Bishop, without warning or protecting others. On 12 February 2010, Bishop shot six colleagues during a faculty meeting, killing three.

Economy rocket The European Space Agency (ESA) announced the design of its next rocket, Ariane 6, on 9 July. The rocket will have less lifting capacity than the current model: taking only one satellite per launch instead of two. ESA’s choice of a more cost-effective design was influenced by competition from rockets abroad, notably the Russian Proton launcher. Ariane 6 is expected to go into service during the next decade, at a cost of €70 million (US$91 million) per launch.

NIH funding The US National Institutes of Health (NIH) received a tentative boost on 11 July when the US Senate committee on government spending approved a US$31-billion budget plan for the agency — nearly $2 billion more than the NIH received this year. Although the plan must still be voted on by the full Senate, NIH supporters cheered the proposed increases. The plan includes $84 million in new funds for Alzheimer’s disease research at the NIH’s National Institute on Aging. See go.nature.com/qkxiar for more.

Myriad back in court One month after the US Supreme Court invalidated gene patents held by Myriad Genetics of Salt Lake City, Utah, the company has sued two competitors for infringing different patents on tests for the cancer-related genes BRCA1 and BRCA2. On 9 July, Myriad brought a lawsuit against Ambry Genetics of Aliso Viejo, California, then filed another the following day against Gene by Gene in Houston, Texas. Both firms had announced that they would provide BRCA testing in the wake of the Supreme Court ruling (see Nature 498, 281–282; 2013).

Alzheimer’s retest Eli Lilly, a pharmaceutical company based in Indianapolis, Indiana, announced on 12 July that it will focus on patients with mild Alzheimer’s disease in a forthcoming clinical trial of the drug solanezumab. The antibody-based drug, which targets the amyloid-β protein, will be tested in a large-scale phase III trial. In 2012, the company reported lacklustre results in two previous trials, which pooled data from patients with mild and moderate forms of Alzheimer’s. But secondary analysis hinted that the drug might help patients with mild forms of the disease. 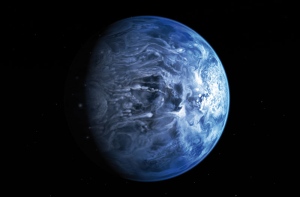 True blue planet Using the Hubble Space Telescope, astronomers have discovered the deep blue hue of exoplanet HD 189733 b (pictured in an artist’s impression) — the first planet beyond the Solar System to have its colour directly measured. Discovered in 2005, the planet orbits a star about 19 parsecs away in the Vulpecula, or Fox, constellation. At Hubble’s optical resolution, light from the planet and its star typically blend together. But researchers found that the amount of blue light decreased when HD 189733 b ducked behind its star. See go.nature.com/pyze44 for more.

Red rover NASA’s next Mars explorer will be a leaner, meaner version of the Curiosity rover, with one major upgrade: the ability to store rock and soil samples for return to Earth, the agency said on 9 July. The vehicle, planned for launch in 2020, will cost about US$1.5 billion. NASA proposed the mission in December, less than a year after it disappointed planetary scientists by pulling out of Europe-led Mars missions planned for 2016 and 2018. See go.nature.com/au5ewk for more.

Research restart Research on the rinderpest virus is set to resume after being off limits since 2011, when the deadly cattle disease was eradicated. The ban was enacted as a temporary measure to safeguard against accidental or intentional release of the virus. The moratorium was lifted on 10 July and replaced by an international oversight system. See page 264 for more.

Theft plea A former researcher at the Medical College of Wisconsin, Milwaukee, pleaded guilty last week to accessing a protected computer without authorization and taking information worth in excess of US$5,000. Hua Jun Zhao, from China, had been under investigation for allegedly stealing patented cancer-research material, with plans to provide the material to Zhejiang University in Hangzhou, China. Zhao is scheduled to be sentenced on 6 August, and could face a $250,000 fine and up to five years in prison.

California head The United States’ flagship public university system may soon have its first woman president. On 12 July, the University of California announced its nomination of Janet Napolitano, US secretary of homeland security and former governor of Arizona, to run the ten-campus system. If approved, Napolitano, who holds a law degree, would break into a position long dominated by academics. The university’s board of regents will vote on her nomination on 18 July. Napolitano would replace Mark Yudof, who has served since 2008. 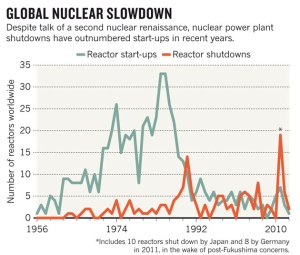 Nuclear power plants generated 2,346 terrawatt hours of electricity in 2012, a decline of nearly 7% from 2011 and nearly 12% from the all-time peak in 2006, according to an analysis sponsored by the Berlin-based Heinrich Böll Foundation and the Greens–EFA political party in Europe. Much of the decline was due to power plant closures in Japan following the Fukushima nuclear accident in 2011, but the industry is also struggling to maintain and replace older plants.

19 July
NASA’s Cassini spacecraft turns to image Saturn and its entire ring system, while also capturing a picture of Earth from 1.44 billion kilometres away.

20–24 July
In Kagoshima, Japan, researchers discuss volcano monitoring and forecasting at the Scientific Assembly of the International Association of Volcanology and Chemistry of the Earth’s Interior.
go.nature.com/9cbgun

21–25 July
Current research in viral ecology, biofilms and zoonotic pathogens is on the agenda at the 5th Congress of European Microbiologists in Leipzig, Germany.
go.nature.com/h7nzes