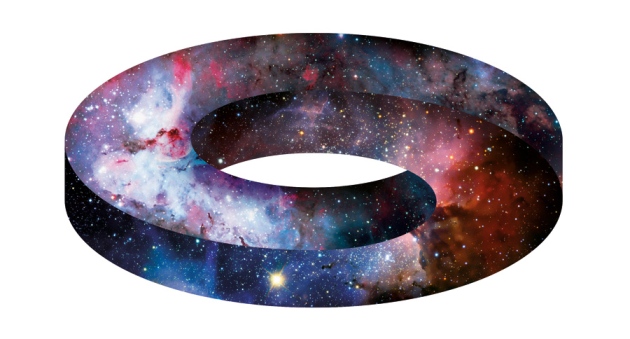 This year, debates in physics circles took a worrying turn. Faced with difficulties in applying fundamental theories to the observed Universe, some researchers called for a change in how theoretical physics is done. They began to argue — explicitly — that if a theory is sufficiently elegant and explanatory, it need not be tested experimentally, breaking with centuries of philosophical tradition of defining scientific knowledge as empirical. We disagree. As the philosopher of science Karl Popper argued: a theory must be falsifiable to be scientific.

Chief among the 'elegance will suffice' advocates are some string theorists. Because string theory is supposedly the 'only game in town' capable of unifying the four fundamental forces, they believe that it must contain a grain of truth even though it relies on extra dimensions that we can never observe. Some cosmologists, too, are seeking to abandon experimental verification of grand hypotheses that invoke imperceptible domains such as the kaleidoscopic multiverse (comprising myriad universes), the 'many worlds' version of quantum reality (in which observations spawn parallel branches of reality) and pre-Big Bang concepts.

These unprovable hypotheses are quite different from those that relate directly to the real world and that are testable through observations — such as the standard model of particle physics and the existence of dark matter and dark energy. As we see it, theoretical physics risks becoming a no-man's-land between mathematics, physics and philosophy that does not truly meet the requirements of any.

The issue of testability has been lurking for a decade. String theory and multiverse theory have been criticized in popular books1, 2, 3 and articles, including some by one of us (G.E.)4. In March, theorist Paul Steinhardt wrote5 in this journal that the theory of inflationary cosmology is no longer scientific because it is so flexible that it can accommodate any observational result. Theorist and philosopher Richard Dawid6 and cosmologist Sean Carroll7 have countered those criticisms with a philosophical case to weaken the testability requirement for fundamental physics.

We applaud the fact that Dawid, Carroll and other physicists have brought the problem out into the open. But the drastic step that they are advocating needs careful debate. This battle for the heart and soul of physics is opening up at a time when scientific results — in topics from climate change to the theory of evolution — are being questioned by some politicians and religious fundamentalists. Potential damage to public confidence in science and to the nature of fundamental physics needs to be contained by deeper dialogue between scientists and philosophers.

String theory is an elaborate proposal for how minuscule strings (one-dimensional space entities) and membranes (higher-dimensional extensions) existing in higher-dimensional spaces underlie all of physics. The higher dimensions are wound so tightly that they are too small to observe at energies accessible through collisions in any practicable future particle detector.

Some aspects of string theory can be tested experimentally in principle. For example, a hypothesized symmetry between fermions and bosons central to string theory — supersymmetry — predicts that each kind of particle has an as-yet-unseen partner. No such partners have yet been detected by the Large Hadron Collider at CERN, Europe's particle-physics laboratory near Geneva, Switzerland, limiting the range of energies at which supersymmetry might exist. If these partners continue to elude detection, then we may never know whether they exist. Proponents could always claim that the particles' masses are higher than the energies probed.

“The consequences of overclaiming the significance of certain theories are profound.”

Dawid argues6 that the veracity of string theory can be established through philosophical and probabilistic arguments about the research process. Citing Bayesian analysis, a statistical method for inferring the likelihood that an explanation fits a set of facts, Dawid equates confirmation with the increase of the probability that a theory is true or viable. But that increase of probability can be purely theoretical. Because “no-one has found a good alternative” and “theories without alternatives tended to be viable in the past”, he reasons that string theory should be taken to be valid.

In our opinion, this is moving the goalposts. Instead of belief in a scientific theory increasing when observational evidence arises to support it, he suggests that theoretical discoveries bolster belief. But conclusions arising logically from mathematics need not apply to the real world. Experiments have proved many beautiful and simple theories wrong, from the steady-state theory of cosmology to the SU(5) Grand Unified Theory of particle physics, which aimed to unify the electroweak force and the strong force. The idea that preconceived truths about the world can be inferred beyond established facts (inductivism) was overturned by Popper and other twentieth-century philosophers.

We cannot know that there are no alternative theories. We may not have found them yet. Or the premise might be wrong. There may be no need for an overarching theory of four fundamental forces and particles if gravity, an effect of space-time curvature, differs from the strong, weak and electromagnetic forces that govern particles. And with its many variants, string theory is not even well defined: in our view, it is a promissory note that there might be such a unified theory.

The multiverse is motivated by a puzzle: why fundamental constants of nature, such as the fine-structure constant that characterizes the strength of electromagnetic interactions between particles and the cosmological constant associated with the acceleration of the expansion of the Universe, have values that lie in the small range that allows life to exist. Multiverse theory claims that there are billions of unobservable sister universes out there in which all possible values of these constants can occur. So somewhere there will be a bio-friendly universe like ours, however improbable that is.

Some physicists consider that the multiverse has no challenger as an explanation of many otherwise bizarre coincidences. The low value of the cosmological constant — known to be 120 factors of 10 smaller than the value predicted by quantum field theory — is difficult to explain, for instance.

Earlier this year, championing the multiverse and the many-worlds hypothesis, Carroll dismissed Popper's falsifiability criterion as a “blunt instrument” (see go.nature.com/nuj39z). He offered two other requirements: a scientific theory should be “definite” and “empirical”. By definite, Carroll means that the theory says “something clear and unambiguous about how reality functions”. By empirical, he agrees with the customary definition that a theory should be judged a success or failure by its ability to explain the data.

He argues that inaccessible domains can have a “dramatic effect” in our cosmic back-yard, explaining why the cosmological constant is so small in the part we see. But in multiverse theory, that explanation could be given no matter what astronomers observe. All possible combinations of cosmological parameters would exist somewhere, and the theory has many variables that can be tweaked. Other theories, such as unimodular gravity, a modified version of Einstein's general theory of relativity, can also explain why the cosmological constant is not huge7.

Some people have devised forms of multiverse theory that are susceptible to tests: physicist Leonard Susskind's version can be falsified if negative spatial curvature of the Universe is ever demonstrated. But such a finding would prove nothing about the many other versions. Fundamentally, the multiverse explanation relies on string theory, which is as yet unverified, and on speculative mechanisms for realizing different physics in different sister universes. It is not, in our opinion, robust, let alone testable.

The many-worlds theory of quantum reality posed by physicist Hugh Everett is the ultimate quantum multiverse, where quantum probabilities affect the macroscopic. According to Everett, each of Schrödinger's famous cats, the dead and the live, poisoned or not in its closed box by random radioactive decays, is real in its own universe. Each time you make a choice, even one as mundane as whether to go left or right, an alternative universe pops out of the quantum vacuum to accommodate the other action.

Billions of universes — and of galaxies and copies of each of us — accumulate with no possibility of communication between them or of testing their reality. But if a duplicate self exists in every multiverse domain and there are infinitely many, which is the real 'me' that I experience now? Is any version of oneself preferred over any other? How could 'I' ever know what the 'true' nature of reality is if one self favours the multiverse and another does not?

In our view, cosmologists should heed mathematician David Hilbert's warning: although infinity is needed to complete mathematics, it occurs nowhere in the physical Universe.

We agree with theoretical physicist Sabine Hossenfelder: post-empirical science is an oxymoron (see go.nature.com/p3upwp and go.nature.com/68rijj). Theories such as quantum mechanics and relativity turned out well because they made predictions that survived testing. Yet numerous historical examples point to how, in the absence of adequate data, elegant and compelling ideas led researchers in the wrong direction, from Ptolemy's geocentric theories of the cosmos to Lord Kelvin's 'vortex theory' of the atom and Fred Hoyle's perpetual steady-state Universe.

The consequences of overclaiming the significance of certain theories are profound — the scientific method is at stake (see go.nature.com/hh7mm6). To state that a theory is so good that its existence supplants the need for data and testing in our opinion risks misleading students and the public as to how science should be done and could open the door for pseudoscientists to claim that their ideas meet similar requirements.

What to do about it? Physicists, philosophers and other scientists should hammer out a new narrative for the scientific method that can deal with the scope of modern physics. In our view, the issue boils down to clarifying one question: what potential observational or experimental evidence is there that would persuade you that the theory is wrong and lead you to abandoning it? If there is none, it is not a scientific theory.

Such a case must be made in formal philosophical terms. A conference should be convened next year to take the first steps. People from both sides of the testability debate must be involved.

In the meantime, journal editors and publishers could assign speculative work to other research categories — such as mathematical rather than physical cosmology — according to its potential testability. And the domination of some physics departments and institutes by such activities could be rethought1, 2.

The imprimatur of science should be awarded only to a theory that is testable. Only then can we defend science from attack.