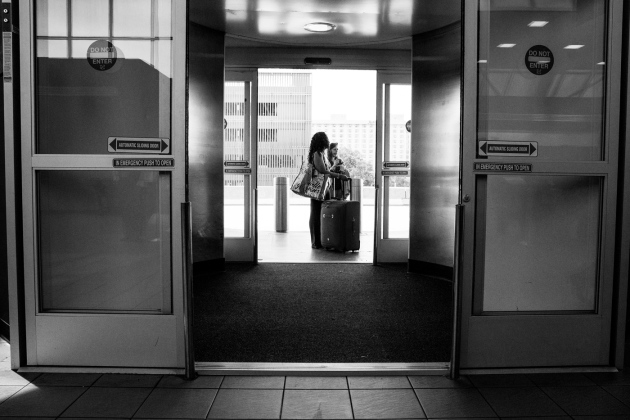 New studies highlight how closing borders would be bad for science.

Some US biotechnology labs have responded to President Donald Trump’s attempts to restrict immigration by releasing contrasting group photographs showing what less-open international borders would do to their workforces. A first image typically shows everyone who works in the lab. A second image includes only those who are permanent US residents, then just US citizens, and then only those who were born in the United States and whose parents also were (see, for example, go.nature.com/2ft02xj). The shrinkage from the first to the last image is striking — in some cases, about two-thirds of staff are lost. This reflects a widespread reality in research. A 2012 analysis showed that more than 60% of postdocs in the United States grew up overseas (see Nature 490, 326–329; 2012).

When it comes to co-authorship, researchers in Europe are the most international. In 1981, only about one in six papers by a European scientist included co-authors from a different country. By 2011, that had risen to one in two. Papers with authors from more than one country also tend to be more highly cited (J. Adams Nature 497, 557–560; 2013) .

The first finds that researchers build strong links between nations as they travel around the world. The authors track 16 million individuals who published papers in 2008–15. Only about 4% of these people changed countries, but those who did had 40% higher average citation rates than those publishing solely in one region, a trend that held true across 13 regions. Importantly, mobile scientists retained ties in the countries they left.

The second argues that countries with mobile scientific workforces produce papers that are more highly cited. (These are the same countries that have the greatest fraction of internationally authored papers.) The analysis shows that a nation’s willingness to let scientists cross borders was a better predictor of highly cited papers than was the proportion of its gross domestic product that it spent on research.

These are complex issues. Citation rates are not necessarily a sign of quality, influence or long-term importance. And many confounding factors hamper attempts to link policies to impact. Still, such studies are necessary to provide evidence for policies on how to best support the scientific system.

“Existing scientific powerhouses are not destined to stand forever.”

The benefits of international movement are not entirely clear-cut. Leading scientists who change institutional affiliation (but not country) seem to boost both output and impact (G. Halevi et al. Publ. Res. Q. 32, 22–37; 2016). Further work could reveal whether international papers — or more-open countries — prompt more innovative or worthy science. Details of the relative benefits of collaboration, or how the effects of an international move are mediated by discipline or career stage, must be teased out. So must the effects of particular policies, such as the ease with which potential trainees and working scientists acquire visas or other travel support.

There is a bigger question: does the flow of leading scientists into a country bring tangible benefits for the citizens whose taxes fund their work? What about when one country’s funds flow to a scientist’s international collaborators? Evidence from patents and technological advances suggests that such investment is rewarded. But attention must be paid to ensure that a nation’s connection to elite international scientists also supports work on local interests and needs.

Meanwhile, the scientific powerhouses of the United States and the United Kingdom seem determined to close their doors. US travel restrictions put in place last week tell working scientists from eight countries to stay away. And Britain’s departure from the European Union puts scientific collaboration and access to European funds at serious risk.

Many nations with more-welcoming attitudes are poised to benefit. One long-term trend is clear: existing scientific powerhouses are not destined to stand forever. The picture can change — and quickly.