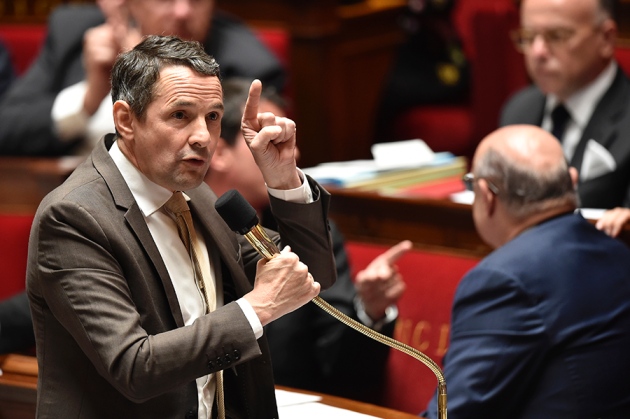 France's research and higher-education minister, Thierry Mandon, says that the country's draft 2017 research budget is the largest increase in 15 years.

France’s government has proposed an unusually generous boost to research and higher education in its 2017 draft budget, released on 28 September. “This is the largest increase for 15 years,” Thierry Mandon, France’s research and higher-education minister, told reporters at a press conference.

But some scientists have a gloomier take on the figures. The government, with one eye on regaining power in next year’s elections, has already promised a salary increase to civil servants — which, in France, include many researchers and university teaching staff. Those pay rises, together with the strain on the education sector caused by rising student numbers, could swallow up much of Mandon’s increased budget, says Bernard Meunier, a chemist who is president of the French Academy of Sciences.

“This budget is the absolute minimum to prevent the complete collapse of the system,” says Patrick Lemaire, a biologist at the University of Montpellier and founder of the researcher-led campaign group Sciences en Marche.

The figures must still be approved by parliament and could change if presidential and parliamentary elections, to be held between April and June 2017, alter France’s balance of power.

There is good news in the budget for the country’s national research agency (ANR), a sought-after source of project-based funds that judges grant applications on a competitive basis. At the beginning of this year, leading scientists warned that the ANR had been experiencing ‘dramatic’ cuts in funding. In March, President François Hollande promised the ANR a larger budget, pledging that more of its competitive projects would be funded than in recent years. In the 2017 draft budget, the agency accordingly receives a 9% hike on its 2016 outlays, to €609 million.

Mandon tells Nature that he expects the success rate of grant applications to the agency to rise from 9% last year to 14% this year, and up to 20% next year. Yet, the ANR’s budget is still some 20% lower than it was in 2012, Lemaire notes, and it still has no confirmed amount dedicated to basic or blue-skies research.

Hollande emphasized the importance of basic research in a speech given a day before the budget was released, to mark the 350th anniversary of the French Academy of Sciences. “There can be no savings on basic research,” he said, adding that, over time, it determined the place of the nation’s economy. In the speech, Hollande also delivered a strong defence of science, criticizing the “constant doubts cast on scientific data”, and “obscurantists” on issues such as climate change.

A detailed breakdown of what labs can expect from the budgets of France’s other grant-giving agencies, such as the basic-research agency CNRS and the biomedical agency INSERM, will not be finalized for a few weeks, pending negotiations with research unions, a ministry official says.

Meanwhile, a controversial government system that is supposed to increase private-sector research funding — by giving away around €6 billion each year in tax credits to French companies — could be in line for reform, Mandon tells Nature. The tax credits have come under fire for their cost and for alleged abuses of the system. Mandon says that a university-led economic analysis of the system is being planned this year, and should provide a report next February. “It will be an independent study, whereas most such exercises are conducted by government agencies,” he says.