Nature editors present their pick of the winning scientific images in the awards run by the Wellcome Trust. The London biomedical charity will announce the overall winner on 15 March. 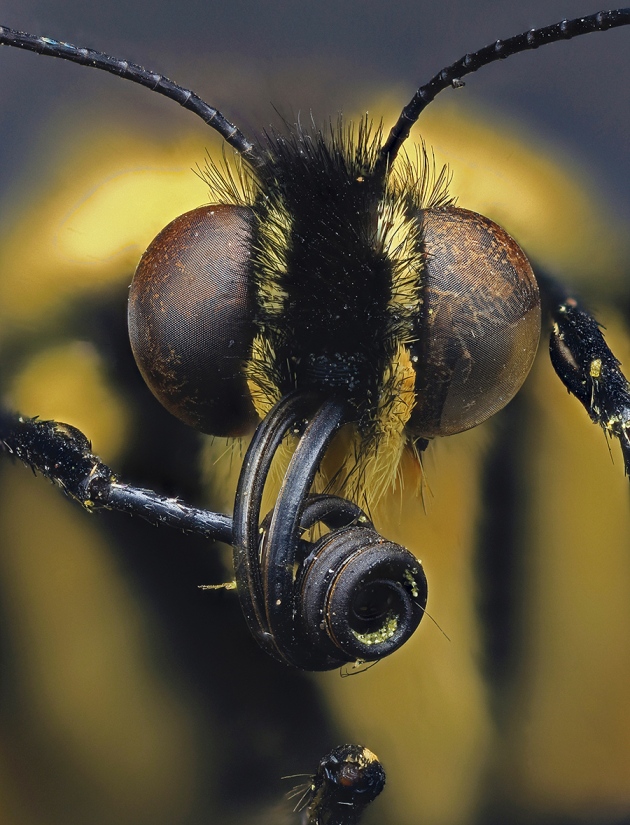 Swallowtail butterflies are part of a colourful family of butterflies that includes hundreds of species and live all over the world. This individual was photographed in Connecticut. Here, the insect's feeding tube is curled up, but the organ can spring open to form a straw, allowing the animal to slurp up flower nectar. 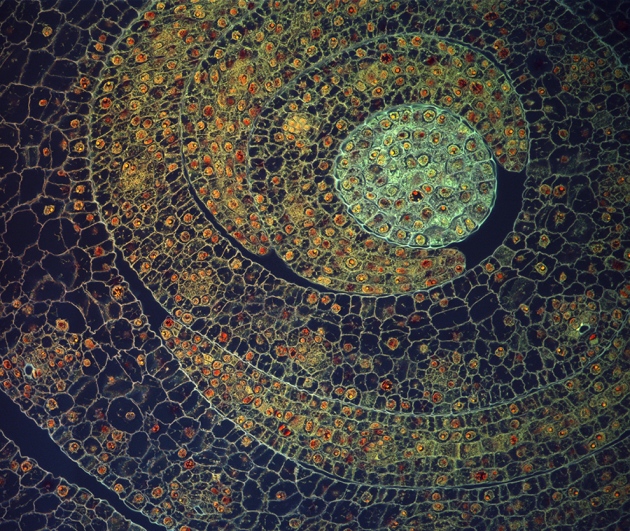 The curled-up leaves of a maize (corn) plant are made up of several layers of individual cells. The cells' nuclei are depicted in orange. 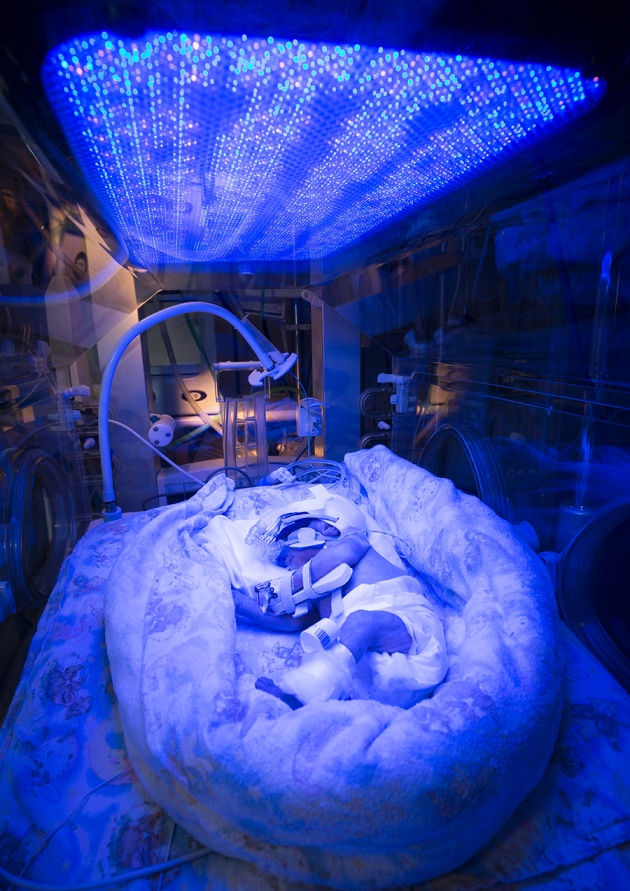 Now being bathed in ultraviolet light to treat jaundice, this infant was born prematurely at a London hospital. Jaundice is a common condition in newborns and is caused by a build-up of cellular waste when the liver has not developed sufficiently to remove it. 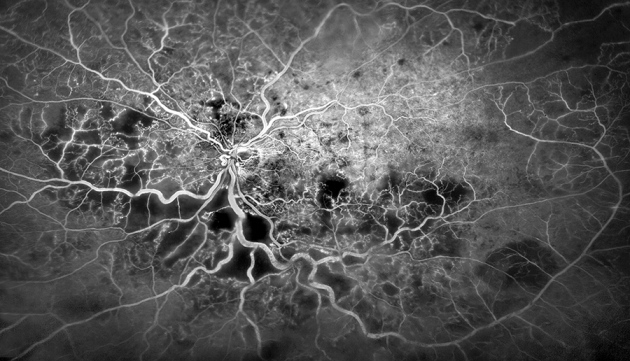 Not the roots of some hearty weed, these tendrils are blood vessels in a human eye. The picture was taken with the aid of a technique called fluorescein angiography, which gauges blood circulation in the eye. Fluorescent dye was injected into a person’s arm; it then migrated along veins to the eye. 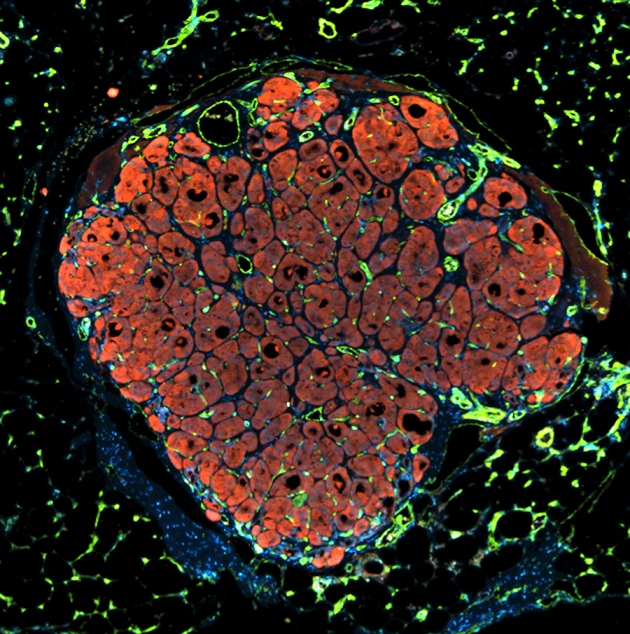 Human liver cells, glowing red, grow and divide within the damaged liver of a lab mouse. The human graft has its own blood vessels, in green. Such implants could help to treat liver diseases, including cirrhosis and cancer. 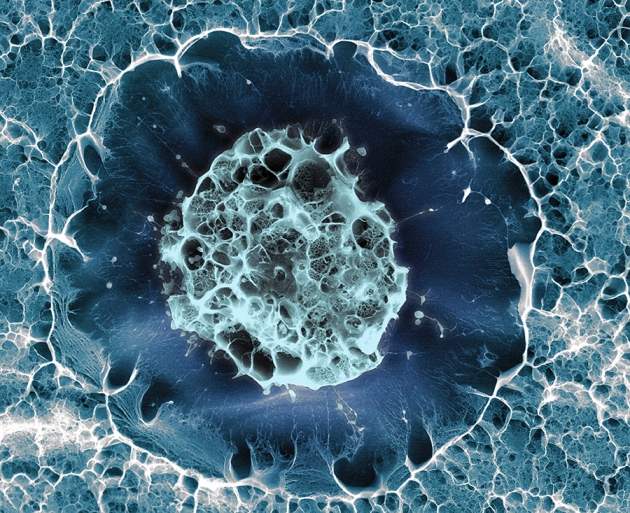 Mesenchymal stem cells reside in bone marrow and can differentiate into bone, cartilage, muscle and fat cells. But they have also been used to treat immune reactions that can happen after patients receive bone-marrow transplants. This cell, which was frozen and then photographed with a scanning electron microscope, was donated by a healthy person for that use. 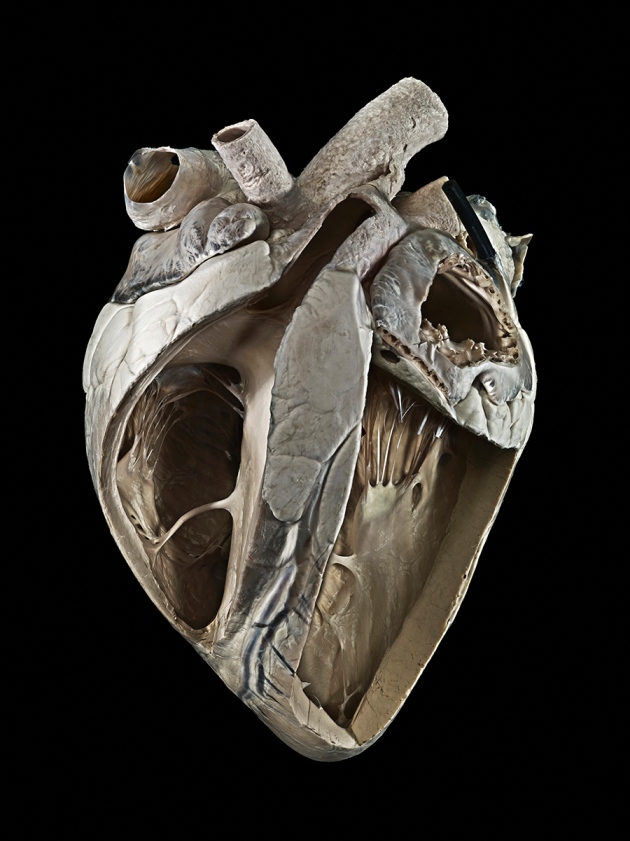 This adult-cow heart has spent years floating in a formalin-filled jar at the Royal Veterinary College in London. As in other four-chamber hearts, blood enters through the two upper chambers and exits through the lower two. 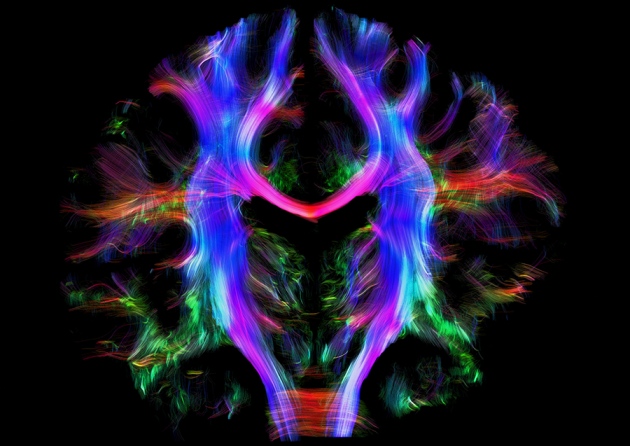 Nerve fibres snake through the brain of a young adult. The differently coloured fibres connect distant brain regions: the red tracts allow the left and right hemispheres to communicate; the blue ones link spinal cord and brain. The picture was constructed using a variation on magnetic resonance imaging called diffusion imaging and was taken from the back of the brain.