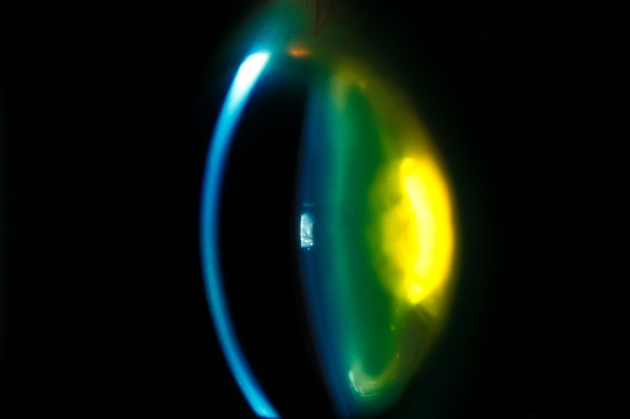 Discs made of multiple types of eye tissue have been grown from human stem cells — and that tissue has been used to restore sight in rabbits. The work, reported today in Nature1, suggests that induced pluripotent stem (iPS) cells — stem cells generated from adult cells — could one day be harnessed to provide replacement corneal or lens tissue for human eyes.

The discs also could be used to study how eye tissue and congenital eye diseases develop. “The potential of this technique is mind-boggling,” says Mark Daniell, head of corneal research at the Centre for Eye Research Australia in Melbourne, who was not involved in the research. “It’s almost like an eye in a dish.”

A second, unrelated paper in Nature2 describes a surgical procedure that activates the body’s own stem cells to regenerate a clear, functioning lens in the eyes of babies born with cataracts.

In the first study, a team led by Kohji Nishida, an ophthalmologist at Osaka University Graduate School of Medicine in Japan, cultivated human iPS cells to produce discs that contained several types of eye tissue.

The cells grew in distinct regions so that researchers could extract and purify specific types, including those found in the cornea, retina and lens. Nishida’s team was able to remove cells from one region of a disc to grow sheets of corneal epithelium that the researchers then successfully transplanted into rabbits with defective corneas.

Previous studies have generated retinal or corneal tissue using iPS cells, but none has produced such different types of eye cell in a single experiment.

And Daniell says that cells made from the recipient’s own cells using the disc method could one day supply tissue to repair damaged eyes without the threat of rejection by the immune system. But much remains to be done before any such therapy could be tested in humans, and if a treatment is developed, it could cost tens or hundreds of thousands of dollars.

By contrast, the cataract paper could have an almost immediate impact on treatment, says James Funderburgh, a cell biologist at the University of Pittsburgh School of Medicine in Pennsylvania. The technique described does not involve culturing cells outside the body or transplanting material that would require regulatory approval. 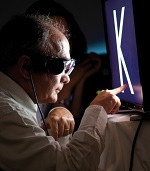 “This is just a change in a surgical procedure,” says Funderburgh. “They are not putting in an artificial lens: they are just letting the lens regrow.”

The research was inspired by a typical side effect of implanting artificial lenses to treat cataracts: the new lenses often become cloudy as the recipient’s own cells grow over them. A team led by ophthalmologists Khang Zhang of the University of California, San Diego, and Yizhi Liu of Sun Yat-sen University in Guangzhou, China, decided to find out whether this regrowth signalled that the body is capable of regenerating an entire lens.

The scientists began a series of animal studies to assess whether lens epithelial stem/progenitor cells (LECs) that exist naturally in a fully formed mammalian eye can produce a new lens. Encouraged by the results, the team developed a surgical technique and tested it in rabbits, macaque monkeys and, finally, 12 human infants.

The standard surgical treatment for cataracts in children involves cutting a 6-millimetre slit in the centre of the lens capsule. This opening allows the surgeon to remove a patient’s diseased lens and replace it with an artificial one, but it also results in the loss of many LECs.

In the new method, surgeons slice a 1.5-millimetre opening in the side of the lens capsule to remove the diseased lens, prompting the eye’s LECs to grow a new one. In initial tests, this approach produced a much lower rate of complications — 17% — than the 92% seen after typical cataract surgery. And the lenses generated did not grow opaque as artificial lenses tend to do.

The first infant treated using the method underwent surgery two years ago and still has good vision, says Zhang. He says that the regenerated lens should grow as the child grows, which could reduce later complications.

But there are still difficulties to be worked out. Babies born with cataracts often have genetic mutations that will cause a new lens to become cloudy again. And surgery alone may not work for elderly adults — the people most likely to suffer from cataracts — because their cells regenerate relatively slowly. (Even in babies treated with the method, growing a new lens takes three months.)

Still, Funderburgh is enthusiastic about the technique. “Even if it’s only for kids, it’s fantastic,” he says.