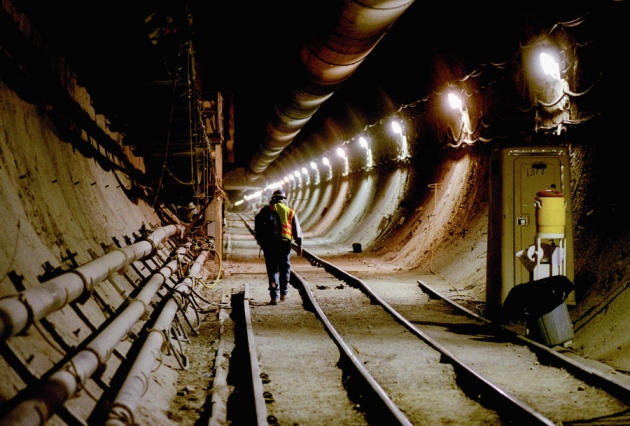 A proposed underground repository at Yucca Mountain, Nevada, is technically sound, the US Nuclear Regulatory Commission has concluded.

The US Department of Energy’s 2008 proposal to build a nuclear waste repository at Yucca Mountain, Nevada, is technically sound, US Nuclear Regulatory Commission (NRC) staff said on 29 January.

With the release of the final two volumes of a five-part technical analysis, the commission closed another chapter on the controversial repository nearly five years after President Barack Obama abandoned the project, and more than a quarter century after the site was selected. While the staff recommended against approving construction, the solid technical review could embolden Republicans who now control both houses of Congress and would like to see Yucca Mountain revived.

“At this point it would be difficult to revive the project,” says Matthew Bunn, a nuclear expert at Harvard University in Cambridge, Massachusetts. “All of the people who were working on this project have moved on, and they have new jobs.”

In January 2012, an independent commission appointed by the White House to analyze the country’s nuclear waste policy recommended starting from scratch and looking for communities and states that are willing to host a repository. The commission also recommended the establishment of an interim storage program, but lawmakers on Capitol Hill have yet to tackle the issue.

NRC staff released its technical analysis under orders from a federal court, which in 2013 ruled that the agency must continue with the licensing process as long as it has money to do so. Although the DOE has shown the project to be geologically sound, the staff said in its report to the full commission, construction would be impossible until the federal government secures the necessary land and water rights from the state of Nevada, which is vehemently opposed to the project.

Under normal circumstances, the NRC would now complete a second analysis of the potential groundwater impacts and conduct a series of public hearings to go over questions regarding the license application. But the NRC does not have funds to complete the licensing process, and the Obama administration has zeroed out the project’s budget.

These obstacles are formidable but not insurmountable if Congress were to appropriate funds to revive the project, says Eugene Grecheck, president-elect of the American Nuclear Society in La Grange Park, Illinois. “The missing land and water rights could be addressed with adequate funding and appropriate legislation,” he says.

Joe Strolin, a consultant to the state of Nevada, questions the basic technical conclusions and points out that the document represents the view of only one party in the process — the NRC staff. He says the state of Nevada alone has raised 219 objections to the application, all of which would need to be addressed before the commission could authorize construction.

“And they don’t have a whole lot of money left over, so it will depend on the vagaries of Congress and whether or not new funding becomes available,” Strolin says.