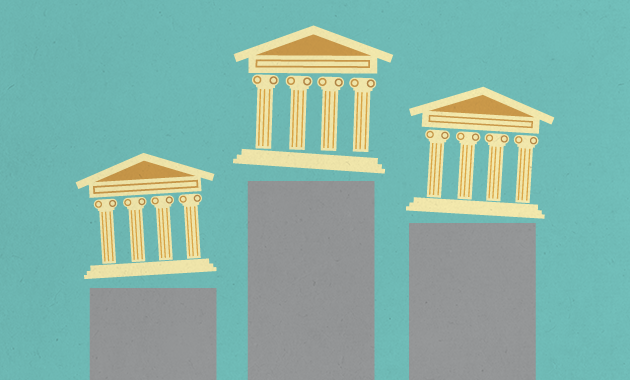 State and local legislatures in the United States are experimenting with new ways to target the topics taught in science classes, and it seems to be paying dividends. Florida’s legislature approved a bill on 5 May that would enable residents to challenge what educators teach students. And two other states have already approved non-binding legislation this year urging teachers to embrace ‘academic freedom’ and present the full spectrum of views on evolution and climate change. This would give educators license to treat evolution and intelligent design as equally valid theories, or to present climate change as scientifically contentious.

“The strategies of creationists have gotten more sophisticated,” says Glenn Branch, deputy director of the National Center for Science Education(NCSE) in Oakland, California. The first academic freedom bills popped up in the early 2000s, but until this year only three had become law: one in Mississippi in 2006, one in Louisiana in 2008 and another in Tennessee in 2012.

Eleven bills designed to alter science-education standards have been proposed this year across the United States. A handful of those measures have either abandoned the traditional academic freedom model for more roundabout methods, or are using watered-down versions of it.

The Florida legislation, for example, does not try to change state or district education standards. Instead, it enables any tax-paying resident of a given county to file complaints about the curriculum of the schools in their district. A complaint would trigger a public hearing to determine if the material in question is “accurate, balanced, noninflammatory, current, free of pornography … and suited to students’ needs”, according to the legislation.

“But who decides what ‘balanced’ and ‘noninflammatory’ mean?” asks Joan Bertin, executive director of the National Coalition Against Censorship, based in New York City. Currently, instructional materials come from an approved list provided by the state, she says.

State Representative Byron Donalds (Republican, Florida District 80), who sponsored the bill, does not think that it is anti-science. Instead, he says, it gives parents the power to hold school districts accountable for what their children are learning. “One of the key things about this bill, and why I think it passed, is that we didn’t target any one subject matter.”

But to Branch, it seems clear what sorts of issues might come up. “The people pushing the bill have been complaining about evolution and climate change,” he says. “It’s obvious that a strong motivation is getting that out of the textbooks.”

Many groups, including the NCSE, Florida teachers’ organizations and local school boards, have called for Governor Rick Scott to veto the bill; without his approval, it will not become law. But science advocates say that a veto doesn’t seem likely given Scott’s known beliefs — such as his scepticism about climate change.

Branch worries that the success of the Florida bill could open the door to measures in other states that adopt the same back-door approach to altering science education by means of broader academic censorship.

Already this year, Indiana and Alabama have both passed non-binding legislation urging teachers to embrace academic freedom. Although they don’t require educators to ‘teach the controversy’ and treat topics including evolution and climate change as scientifically contentious, Branch says that the legislation encourages teachers to “mis-educate” students.

Other states, including Oklahoma and South Dakota, also introduced academic-freedom bills this year. Oklahoma’s passed in the Senate, but was never voted on in the House, and could be revived next year. South Dakota’s passed in the Senate, but was defeated in the House. Both bills were closer to becoming law than similar state legislation has been in years past.

Idaho’s House and Senate education committees temporarily altered the state’s science standards in February to remove mentions of human impacts on the environment — including climate change. Those standards could be made permanent in 2018 if the full legislature passes a final review bill.

Branch says it’s unlikely that more legislation altering state science education standards will be introduced in 2017. Most state-level bills are introduced by late spring. And he’s not sure why these bills now seem more likely to pass. It could be due to renewed anti-evolution and anti-climate change sentiment; confidence that a country led by US president Donald Trump — who has expressed doubts about climate change — is more hospitable to such views; or an increase in climate-change denial. Alternatively, the phenomenon could be a statistical anomaly that will vanish by next year.

Regardless of the reason, all is not lost, says Branch. “It cuts both ways, I think. The opponents of science education may feel newly invigorated — but so do its defenders.”