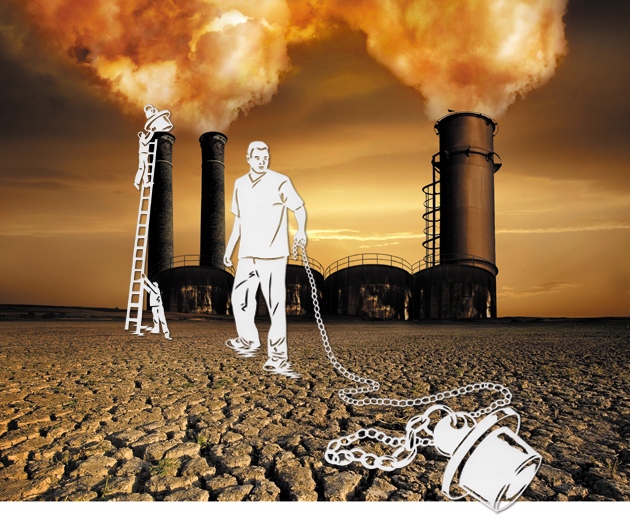 Twenty years ago, when the world's leaders pledged to protect Earth's climate and biodiversity at the Rio Earth Summit, they knew it would not be easy. But few could have guessed how much worse the situation would get. In 1992, the atmosphere held fewer than 360 parts per million (p.p.m.) of carbon dioxide; the concentration is now nearing 400 p.p.m. and surging upwards. At the same time, species are disappearing at an accelerating rate.

On the eve of the second Rio Earth Summit, Nature explores the causes and consequence of those changes, as well as the efforts that are being made to avert the worst outcomes. Our assessment shows how little progress nations have made towards honouring the commitments they made in 1992 (see pages 5 and 20).

There are some success stories. Brazil has made remarkable advances in curbing deforestation and setting aside protected swathes of land. But with its more recent policies raising concern, the country must do even more to safeguard its environment, argue representatives of Conservation International (see page 25). And although international environmental efforts have stalled, a bottom-up approach that changes how corporations operate could turn a profit for both the planet and for business, says Pavan Sukhdev (see page 27).

In sharp contrast to the political stalemate over the past two decades, scientists have developed a more sophisticated understanding of the roots and effects of the current environmental crisis. Articles and reviews elsewhere in this issue explore how shrinking biodiversity is affecting ecosystems and how much the voracious consumption patterns of the developed world are to blame — see Bradley Cardinale et al. (page 59), David Hooper et al. (page 105) and Manfred Lenzen et al. (page 109).

Anthony Barnosky and his colleagues (page 52) argue that the global ecosystem could eventually pass a tipping point and shift into a new state, the likes of which are hard for science to predict. But there are ways to avoid that fate, say Paul Ehrlich and his colleagues (page 68), who suggest techniques to make societies more sustainable and to head off many of the world's chronic environmental problems.

Earth and its inhabitants have a second chance in Rio. They may not get many more.