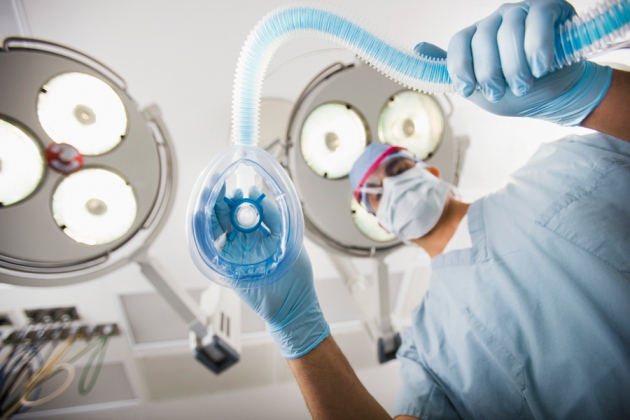 One of the biggest purges of the scientific literature in history is finally getting under way. After more than a decade of suspicion about the work of anaesthesiologist Yoshitaka Fujii, formerly of Toho University in Tokyo, investigations by journals and universities have concluded that he fabricated data on an epic scale. At least half of the roughly 200 papers he authored on responses to drugs after surgery are in line for retraction in the coming months.

Like many cases of fraud, this one has raised questions about how the misconduct went undetected for so long. But the scope and duration of Fujii’s deception have shaken multiple journals and the entire field of anaesthesiology, which has seen other high-profile frauds in the past few years.

Fujii, who could not be contacted for this article, was dismissed from Toho University in February because he lacked proper ethics approval for clinical studies that were detailed in eight papers. But suspicions about his entire 20-year publication record had been growing since 2000, when Peter Kranke, an anaesthesiologist at University Hospital Würzburg in Germany, first started to question Fujii’s superhuman publication rate.

In some years, Fujii published more than a dozen randomized clinical trials that purported to test the efficacy and side effects of drugs such as granisetron, given to reduce nausea and vomiting after surgery. “It’s impossible to publish so many,” says Kranke. “If you just look at mere output, everybody who has performed at least one clinical trial should have some suspicion.”

Fujii’s data were also “too perfect”, he says. Kranke analysed 47 of Fujii’s articles on granisetron, published between 1994 and 1999, and found that the frequency of headaches — a common side effect of the drug — was identical or nearly identical in a suspiciously high number of groups involved in the trials1.

At the time, Fujii responded merely by saying that he stood by his data2, which seemed to show that granisetron had fewer side effects than other anti-emetic drugs. “We were disappointed that the journal accepted that,” says Kranke. “Editors and peer reviewers advised us to pursue more worthwhile endeavours, rather than whistle-blowing. But it wasn’t just whistle-blowing — we wanted people to know that” granisetron wasn’t necessarily better than alternatives.

In the following years, similar doubts emerged about Fujii’s studies of other drugs, such as the anti-emetic ramosetron. Yet the deception began to unravel only in September 2011, after growing doubts among anaesthesiologists prompted Toho University to begin an investigation into Fujii’s lack of approval from institutional review boards for several clinical trials.

Fujii’s subsequent dismissal was soon followed by a flood of damning evidence about his work. On 8 March, Anaesthesia published an analysis3 by John Carlisle, a consultant anaesthetist at Torbay Hospital in Torquay, UK, finding that 168 of Fujii’s papers had results with “likelihoods that are infinitesimally small”. One month later, 23 anaesthesiology journal editors wrote to the heads of six universities and medical centres with which Fujii had been affiliated, notifying them that 193 papers would be retracted unless the institutions could vouch for the data.

Five of those institutions have responded to say that they could not find evidence to corroborate the veracity of 88 papers. The sixth institution, the University of Tsukuba, has so far found only five papers to be valid. It is still investigating another 92 publications.

Late last month, Steven Shafer — editor-in-chief of Anesthesia & Analgesia — who has led the campaign to examine Fujii’s papers, posted online the responses from the institutions, along with a notice of retraction for three papers in his own journal. Shafer expects other editors to begin retracting the remaining fraudulent papers, probably including those being considered by Tsukuba, in the forthcoming issues of their journals.

Meanwhile, an investigation begun in March by the Japanese Society of Anesthesiologists reported in June that 172 of Fujii’s papers were probably fraudulent, in some cases because there was no evidence that the data had actually been collected. On 30 August, the society announced that Fujii, who had already left the society of his own volition, would be permanently barred. All of Fujii’s co-authors have denied knowledge of his wrongdoing, according to Koji Sumikawa, a member of the society’s board of directors who was involved in the investigation, and an anaesthesiologist at Japan’s Nagasaki University School of Medicine.

Sumikawa says that Fujii’s work has had little impact on clinical practice, because the anti-emetics he studied are rarely used in Japan. But it has embarrassed the field of anaesthesiology, which was already reeling from two high-profile fraud cases. In 2009, 21 publications by Scott Reuben, who was based at Tufts University School of Medicine in Boston, Massachusetts, were retracted because they contained fabricated data4. The following year, around 90 papers by Joachim Boldt, formerly of the Ludwigshafen Hospital in Germany, were retracted from 11 journals, because of fabrication and because Boldt did not have proper ethics approval for the trials.

The cases have prompted a spate of articles in anaesthesiology journals lamenting the scale of the frauds, and discussing ways to avoid similar incidents. In an letter sent to journal subscribers in March, Shafer said that he regretted that the journal had not investigated further after Kranke’s original article (Shafer was not the editor-in-chief at that time). “The journal’s response to the allegations of research fraud … was inadequate,” he wrote. “The subsequent submissions to the Journal by Dr. Fujii should not have been published without first vetting the allegations of fraud.”

Kranke thinks that anaesthesiologists are now more attuned to the possibility of misconduct, and that journal editors are much more willing to act on allegations. “After the Boldt and Reuben cases, it became fashionable to dig up these things.”

Most anaesthesiologists insist that there is no evidence that their field is more prone to fraud than any other. But Carlisle says that anaesthesiology does offer many opportunities to generate large sets of clinical data very quickly. Millions of anaesthetic procedures are performed every year during surgeries, and patient outcomes are immediate and easy to measure. There are “frequent opportunities for anaesthetists to conduct clinical studies very quickly, potentially by themselves, without overview from other people”, he says. “This might contribute to greater opportunities for them to succumb to the temptation of fraud.”

How did Fujii get away with his deception for so long? One reason could be that he spread his publications over a wide range of journals, in fields as diverse as gynaecology and ophthalmology, suggests Sumikawa. “No one is looking at all of these,” he says.

Fujii’s peripatetic career may have also provided a smokescreen for his fraudulent behaviour. Over two decades, he held posts at five institutions, and adjunct positions at two more, making it easy for him to claim that data had been generated or ethics approval had been granted while he was in a previous post. If any of Fujii’s colleagues were suspicious, they did not come forward at the time, says Sumikawa, who plans to set up a mechanism for whistle-blowers to report concerns about colleagues.

Kranke says he is pleased that his field is finally focusing its attention on misconduct. He is convinced that although Fujii’s is an exceptional case, the researcher cannot be written off as merely a “bad apple”. “It’s a system failure,” he says.