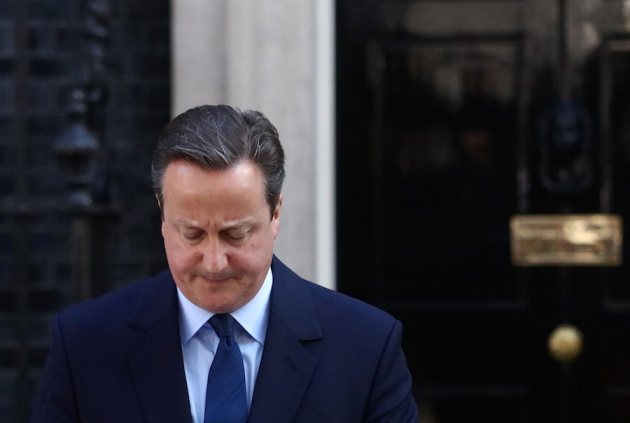 It was the result that most scientists didn’t want. The United Kingdom’s vote to leave the European Union has plunged it into political and economic uncertainty — and left researchers worried over the future of their funding and collaborations, the UK’s participation in major European research programmes, and the freedom of movement and employment status of thousands of scientists.

Many researchers in the UK expressed shock and dismay as the result of the 23 June referendum — with 52% of people voting in favour of ‘Brexit’ to 48% against — sank in. (See 'How scientists reacted to the Brexit'.)

“This is a poor outcome for British science and so is bad for Britain," Paul Nurse, the head of the Francis Crick Institute in London and a Nobel-prizewinning geneticist, told journalists. "British scientists will have to work hard in the future to counter the isolationism of Brexit if our science is to continue to thrive,” he said.

The messy and protracted process of negotiating a UK departure from the EU means that it may not become clear for years how science is affected. Politicians campaigning for a UK divorced from the EU had pledged before the vote that universities and scientists in the country would not lose out. But immediate concerns for researchers revolve around funding: UK universities currently get around 16% of their research funding, and 15% of their staff, from the EU.

“This is going to be very damaging,” says Jonathan Butterworth, a physicist at University College London who works on the ATLAS experiment at the Large Hadron Collider near Geneva, Switzerland. Another urgent worry, he says, is for students and postdocs from elsewhere in Europe at universities in England, Wales, Scotland and Northern Ireland. “We need strong statements that the level of research and education funding that was coming though the EU will be guaranteed,” he adds.

@NatureNews ... It's likely to be a disaster for the long term future for Uk research and HE sector.

Jamie Martin, an advocate for the UK's exit from the EU and a former special adviser to the pro-Brexit politician Michael Gove, said that he would offer “total reassurance” to worried scientists. Although most academic groups had lobbied for the UK to remain in the EU, Martin says that “the good news for them is that the people at the top of the Vote Leave campaign share their instincts on science”. This includes being open to skilled people from outside the UK and understanding the importance of continued funding, he says.

Researchers fear that if the UK leaves the EU, the country could lose access to the bloc’s research programmes, including the Horizon 2020 programme of research grants. The UK currently hosts more EU-funded holders of grants under the European Research Council than any other member state.

Being outside the EU would not automatically rule out the UK’s involvement in EU research programmes. Horizon 2020, for instance, has association agreements with 15 other countries, which gives them equal rights to participation as EU member states in return for a negotiated financial contribution. But associate membership may not be possible for the UK if it moves to restrict the free movement of people.

Swiss scientists, for example, experienced numerous problems when a referendum in that country to restrict the freedom of movement of people from Croatia across its borders led to its researchers being cut out of Horizon 2020 programmes. (A patched-up deal whereby Switzerland’s government is paying for individual Swiss scientists to take part in research programmes is an interim measure that currently holds only until February 2017.)

@NatureNews as a scientist I'm worried about access to funding and mobility, but also the overwhelming sense of not being welcome here.

Before the vote, a report from Digital Science (a consultancy in London operated by the Holtzbrinck Publishing Group, which also has a share in Nature’s publisher), estimated that the UK could lose £1 billion (US$1.4 billion) in science funding each year if the government did not make up the shortfall in EU-linked research funds.

Researchers have already begun to call for the UK to maintain science funding and to welcome researchers from abroad. “Any failure to maintain the free exchange of people and ideas between the UK and the international community including Europe could seriously harm UK science,” said the head of the Royal Society in London, Venkatraman Ramakrishnan, a Nobel-prizewinning structural biologist.

Boon or burden: What's the EU ever done for science?

And Julia Goodfellow, president of the umbrella group Universities UK, which had campaigned against a leave vote, said that her group’s “first priority” would be to try to convince the government that EU staff and students should be allowed to continue studying in the country.

Brexit “creates opportunities for science”, says Martin — such as possible increases in science funding, repealing EU rules that some say hamper research, and the possibility that controlling unskilled migration could in turn mean more scope for increased migration of skilled workers, such as scientists. “Now what it’s about is scientists lobbying to get these changes,” he adds.

In a tweet this morning, science minister Jo Johnson, a supporter of the UK remaining in the EU and the brother of the prominent 'leave' campaigner Boris Johnson, simply said: “Big decision. Let's make it work.”

12.52: Comments from Jamie Martin were added to the article.