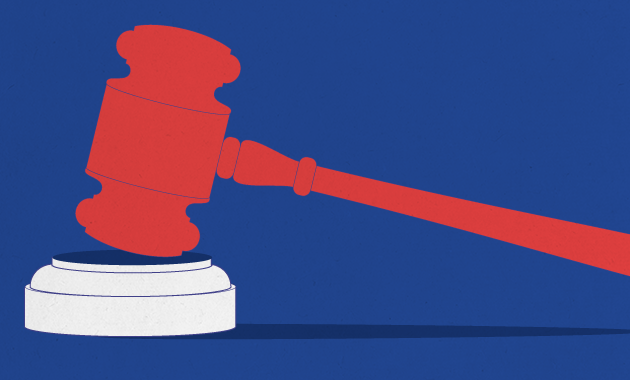 Millions of articles might soon disappear from ResearchGate, the world’s largest scholarly social network. Last week, five publishers said they had formed a coalition that would start ordering ResearchGate to remove research articles from its site because they breach publishers' copyright. A spokesperson for the group said that up to 7 million papers could be affected, and that a first batch of take-down notices, for around 100,000 articles, would be sent out “imminently”.

Meanwhile, coalition members Elsevier and the American Chemical Society have filed a lawsuit to try to prevent copyrighted material appearing on ResearchGate in future. The complaint, which has not been made public, was filed on 6 October in a regional court in Germany. (ResearchGate is based in Berlin). It makes a “symbolic request for damages” but its goal is to change the site’s behaviour, a spokesperson says.

ResearchGate may already have begun taking articles down, according to a 10 October statement by the coalition. The group said it had noticed that the site had removed "a significant number of copyrighted articles", although ResearchGate hadn't shared information about this with publishers. "At this point, not all violations have been addressed and ResearchGate will need to take additional steps to cease unauthorized distribution of research articles," the statement says.

The clash has been a long time coming. Researchers are increasingly posting paywalled research papers online, many of them on ResearchGate, a network often likened to Facebook for scientists. The site boasts more than 13 million members and has raised more than US$80 million in start-up funding from investors including Microsoft founder Bill Gates and the Wellcome Trust, the London-based biomedical-research funder.

Not only do academics upload articles to the site, but ResearchGate also scrapes material online and invites researchers to claim and upload these papers, says James Milne, a spokesperson for the five-publisher group, which calls itself the Coalition for Responsible Sharing. In February this year, information scientist Hamid Jamali at Charles Sturt University in Wagga Wagga, Australia, reported that he had examined 500 articles at random from ResearchGate, and found that 40% of them breached copyright1.

In September, the International Association of Scientific, Technical, and Medical Publishers, a trade group based in Oxford, UK, sent a letter to ResearchGate suggesting that the network introduce an automated filtering system, through which uploaded articles would be shared publicly or privately depending on their copyright status. Publishers generally say that paywalled articles for which they own copyright can be shared only privately; scientists are allowed to upload preprints, and peer-reviewed but unedited manuscripts, online for general access.

“ResearchGate refused to engage with us on that,” says Milne. The Coalition for Responsible Sharing, which also includes publishers Wiley, Wolters Kluwer and Brill, says it is “now left with no other choice” but to issue take-down notices.

Litigation has been tried before: in 2013, Elsevier sent 3,000 notices under the US Digital Millennium Copyright Act to scholarly networks including Academia.edu, demanding that they take down papers that breached Elsevier’s copyright. Those notices were passed on to the networks’ academic users. But the new actions would be on a larger scale.

ResearchGate declined to comment on the coalition’s statement, but its terms of service ask users not to store information that infringes copyright. They also state that because the site neither previews nor automatically reviews information that users have stored on it, ResearchGate can’t know about — and isn’t liable for — any possible infringements. The site says it will quickly disable access to infringing material after being notified of a problem.

But repeatedly sending lots of take-down notices is not a long-term solution, Milne says — hence the lawsuit, which aims to clarify what responsibility ResearchGate has to prevent copyright breaches. Milne says Elsevier and the American Chemical Society are hoping that the German court will tell the social network that it has a duty to identify copyrighted material on its website, and remove it; that the site must check whether material it scrapes from the Internet is copyrighted before users are invited to ‘claim’ it and upload it; and that ResearchGate will also be told it cannot modify copyrighted material.

“The expectation is that ResearchGate will be told by the courts to cease certain behaviours. This could take months or years,” says Milne.

Not all publishers have stopped discussions with ResearchGate. On 9 October, the company posted a joint statement with Nature’s publisher Springer Nature, saying that the two firms had been in “serious discussions for some time” about sharing journal articles online while protecting intellectual-property rights, and that they were “cautiously optimistic” that a solution could be found. (Nature’s news and comment team is editorially independent from its publisher.)

Updated to include details of a 10 October statement by the coalition of five publishers, which said that ResearchGate had begun removing from public view some copyrighted articles.