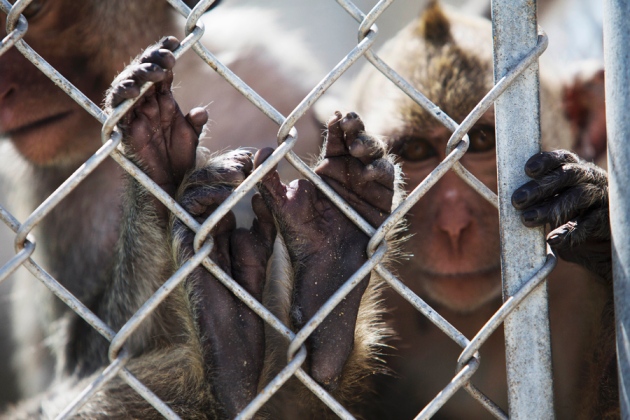 Nicholas Price works to understand the brain's fundamental functions, with a view towards developing a bionic eye. The neuroscientist uses marmosets and macaques in his experiments at Monash University’s Biomedicine Discovery Institute in Melbourne. In late January, he was shocked to discover a bill before the Australian Parliament that calls for a ban on the import of non-human primates for medical research.

Australia’s three main breeding colonies of research primates consist of several hundred macaques, marmosets and baboons. Regular imports of the animals are vital to maintain the genetic diversity of these colonies, says Price.

Senator Lee Rhiannon, a member of the Greens party, introduced the bill on 17 September last year as an amendment to Australia’s federal Environment Protection and Biodiversity Conservation Act. But because the Senate committee that deals with this piece of legislation is not usually of interest to those in the medical research community, the amendment almost slipped under the community's radar, says Price. By the time he heard about the proposed ban, from another researcher, the window for public comment was days away from closing, though it was later extended.

As soon as they found out, Price and his Monash colleagues James Bourne and Marcello Rosa began e-mailing researchers around the world. Several institutions rushed to submit statements opposing the bill, including the Federation of European Neuroscience Societies (FENS), the Society for Neuroscience, headquartered in Washington DC, and the Basel Declaration Society, which promotes the open, transparent and ethical use of animals in research. Australia’s National Health and Medical Research Council and the Australasian Neuroscience Society also sent statements of opposition to the Senate committee.

Animal research, including that on non-human primates, “continues to be the basis for medical advances that have extended our life expectancy”, says the FENS statement, submitted on 4 February. The Society for Neuroscience's statement, dated the same day, says that the proposed legislation would lead to "the loss of critical research resources that will be devastating for Australian science". The committee is now in the process of considering the bill, and will report on it on 1 March, as a prelude to an eventual Senate vote.

Rhiannon, who trained as a zoologist, told Nature that the Greens are not calling for a ban on non-human primates being used in research. “There’s certainly a live debate but it’s not the party position,” she says. She calls the bill a “modest” way to improve the welfare of research animals, and, when she launched the bill last year, spoke at length about the "the cruelty during their capture, confinement and transportation".

Price and Bourne say that cutting off access to the genetic diversity required to maintain the monkey colonies would eventually spell the end of Australian research on non-human primates. “After a while you’ll get genetic inbreeding,” says Price, “and that can lead to exacerbation of health problems that you may not be able to see until you’re a few generations down the track.” He regards non-human primate research as one of the country’s major sources of scientific innovation.

In introducing the bill, Rhiannon also said that it would ensure that Australia “does not participate in the unethical trade of wild-caught primates for use in experimentation for the research industry”. But Australian regulations already prohibit the use of wild-caught primates in medical research, says Bourne, who is chairman of the National Non-human Primate Breeding and Research Facility Board. “They have to be certified from a registered and accredited breeding facility in another country."

Rhiannon introduced a similar bill in 2012 that never made it to a Senate vote before Parliament was dissolved ahead of a federal election. The latest bill may face a similar challenge with an election required by January 2017 at the latest. But Rhiannon says that even if it doesn’t get passed into legislation anytime soon, the bill is a way to highlight that there is a problem with the use of non-human primates, without going so far as to call for banning such research entirely.

Price says that the events have convinced him of a need to be more public about the importance of his work. “If we can demonstrate the value and outcomes, especially in medical research, then we feel that the majority of the public would be very supportive.”