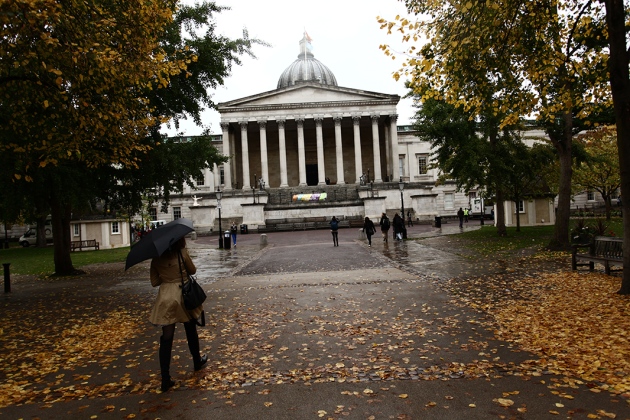 University College London is carrying out a second investigation into work stemming from the lab of a prominent geneticist.

A leading UK academic has spoken publicly for the first time about a byzantine saga involving allegations of research misconduct in papers that stemmed from his research group at University College London (UCL). Geneticist David Latchman has told Nature that although he did not scrutinize some of the papers sufficiently to detect errors, he also did not produce or directly supervise any of the images at the heart of the allegations.

“In my view, the investigation should focus on those actually involved in preparing the questionable figures and those directly involved in supervising their production,” he says. In some cases, he says, he remained a co-author on work that began in his UCL laboratory even after he no longer had a substantial role.

The allegations, made in 2013, have prompted two inquiries by UCL, one of which is ongoing. So far, researchers have retracted two of the papers and corrected five more. The events have attracted attention largely because of Latchman’s prominence: he is the chief academic and administrative officer at Birkbeck, University of London, and was formerly dean of UCL’s Institute of Child Health, where he still holds a part-time research role.

The affair became public in January 2015, after researchers retracted the first of the papers and corrected two more. ‘Clare Francis’, a well-known pseudonymous tipster, had made allegations of misconduct concerning papers from Latchman’s group.

In February 2015, a second paper was retracted. The retraction notes issues with the “misuse and re-use of western blot bands” — images showing the results of a standard technique used to detect proteins — and says that in some cases the same image had been used to show different things. It also says that corresponding author Anastasis Stephanou, who used to work in Latchman’s lab, “regrets the inappropriate figure manipulations of which the co-authors were completely unaware”.

UCL had convened a panel of scientists to investigate the papers. The panel produced a report, which UCL declined to release but which has been leaked to Nature anonymously. The report states that a 'screening panel' looked into 28 papers on which Latchman was a co-author, 14 of which were co-authored by Stephanou.

The panel found evidence of misconduct in eight of those papers and recommended they be retracted. Of those eight, two have been retracted and five corrected; three of the corrections came last week. The papers were published between 2001 and 2010 and are on a range of subjects, including cardiology and human genetics.

‘No case to answer’ 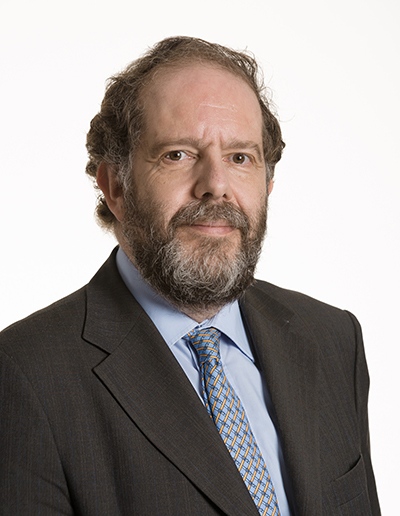 Geneticist David Latchman says he did not produce or directly supervise the images at the heart of investigations into papers he co-authored.

In September 2015, the university released a statement saying: “UCL confirms that the conclusion of its investigation is that Professor Latchman has no case to answer in relation to research misconduct. Professor Latchman has accepted that there were procedural matters in his lab that required attention.” Stephanou’s employment at UCL ended that month, and he is now at the European University Cyprus in Nicosia. The move was unrelated to the inquiries, he says.

But just a month later, Latchman says, UCL told him that it had started a second inquiry, in response to more Clare Francis allegations. The university has confirmed that this inquiry is ongoing. “All proceedings are conducted under the presumption of innocence,” it says.

“In all cases, I did not produce any of the figures in the papers criticized or directly supervise their production,” Latchman says. “I greatly regret that in common with the other authors and the reviewers, I did not detect the errors in these papers,” he adds.

Latchman notes that two papers were retracted. On why some papers were corrected, rather than retracted as recommended by the university screening panel, Latchman says that he requested retractions in three of these cases. In two of those, co-authors requested corrections instead; in another, the experiment in question was repeated so that “a correction was appropriate”, says Latchman. For the other two corrected papers, he says that the journals said corrections were appropriate and he agreed. For the final paper, which has been neither retracted nor corrected, Latchman says a retraction has been requested.

Stephanou says he did not prepare any of the images that the panel flagged as problematic . He stands by the decision to correct — rather than retract — some papers, because in these cases the “figures didn’t really affect the overall conclusions”. He acknowledges that there were “genuine mistakes”. In the cases where he was a corresponding author, “I should have been more careful” in looking at some of the figures, he says.

In its report, the screening panel recommended that the matter should skip formal investigations and proceed “directly to UCL’s relevant disciplinary process or other internal process”. UCL declined to comment on the report, or why its recommendations were not taken forward. Commenting would be “unfair and prejudicial to the conduct of the current investigation”, it says.

The second inquiry has progressed to a formal ‘investigation panel’, says UCL, a step that the first review did not reach. “The Investigation Panel will ensure the full and fair exploration of the allegations in the context of research."

Latchman urges UCL to move “speedily” to complete its investigations. “It is now over three years since UCL was first contacted about these allegations,” he says.

In February 2016, UCL established a new procedure for dealing with misconduct allegations — after a review looking at ways to clarify the role of screening panels and reduce the time taken by that stage of investigations. UCL says these changes in part reflect lessons learnt from dealing with the allegations against Latchman: “The updates are aimed at expediting the screening process, setting out a clearer process for handling multiple respondents and clarifying the role of the screening panel.”