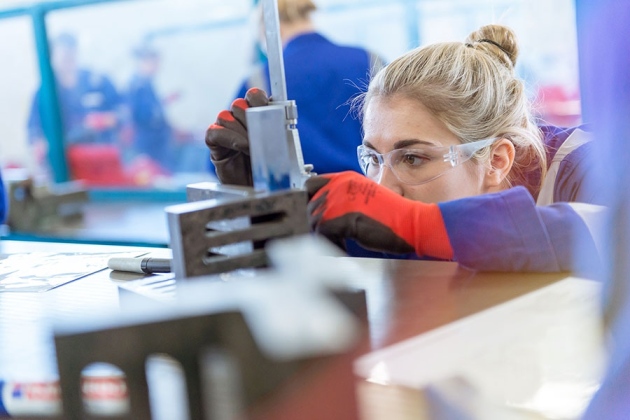 An engineering apprentice works at EDF Energy, a UK power company, which launched a programme to promote women and girls in STEM.

Scientists generally laud attempts to get more young people interested in careers in science, technology, engineering and mathematics (STEM). But an initiative to encourage girls to study science — launched by EDF Energy, a London-based power company— has met much scepticism and ridicule online, mostly because of the campaign’s name: ‘Pretty Curious’. Michelle Kline, an anthropologist at Arizona State University in Tempe, tweeted: 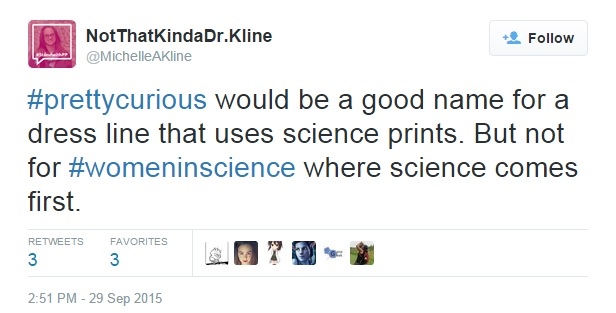 The company responded to one critic by tweeting:

Announcing the campaign, EDF Energy said that Pretty Curious will “inspire teenage girls by creating hands-on experiences”. During one-day sessions across the United Kingdom, girls will have the chance to create ‘smart bedrooms’ using electronic kits. The company has also produced a YouTube video featuring four female role models at the centre of the campaign, including a chemical engineer who works at the energy company, a cosmetic scientist, a computer scientist who developed a fashion app and a television presenter with a master’s degree in wildlife biology.

Helen Spencer, a museum consultant who is studying for a PhD in medieval glass analysis at Heriot-Watt University in Edinburgh, UK, commented on Twitter that the video seemed to be reinforcing gender stereotypes. 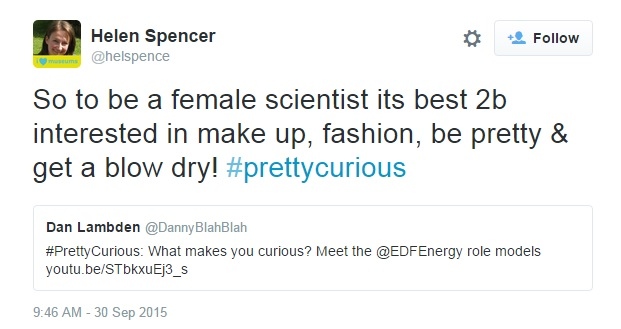 Dan Lambden, a London-based public-relations consultant who is not part of the campaign, responded: 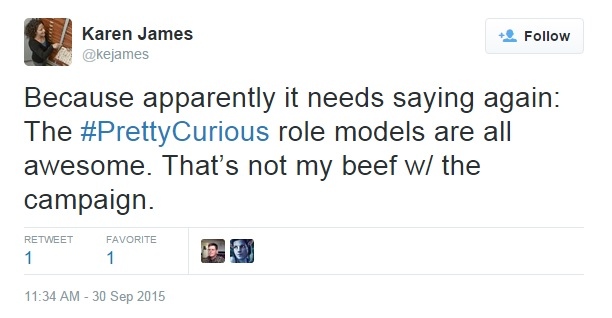 James said in an interview that the idea behind the initiative seems misguided. “The assumption that all or even most girls are into pretty things and want to be pretty, and that it’s a potential mechanism to interest them in STEM, is sexism,” she says.

Speaking to Nature, Kline notes that the word ‘pretty’ can have a meaning beyond physical appeal. “Pretty curious is the same as saying a little bit curious,” she says. “In reality, most scientists, regardless of gender identity, are supremely curious.”

In a statement to Nature, EDF Energy said: “We knew the name would attract attention and chose it in order to raise awareness of the campaign.” The company also says that encouraging women and girls to enter STEM careers is a “critical issue for us” because the firm needs a “diverse, skilled workforce” and because the United Kingdom overall is facing a shortage of engineers. “Whether one likes the language or not [of the campaign’s name], the issue facing the UK is real, and we are determined to use our business to be part of the solution.”