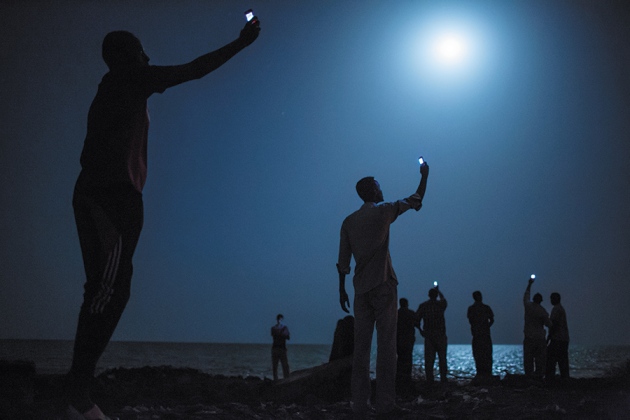 International panels of experts have proliferated to marshal scientific knowledge. There are panels on climate change, biodiversity, chemical pollution, food security and nuclear proliferation. All are concerned with long-term issues that have profound economic, social, political and cultural ramifications.

Those issues, and the uncertainties around them, represent unprecedented challenges for our societies. Many of the obstacles to the identification and implementation of solutions to the 'wicked problems' — those that are multifactorial and exceptionally complex — come from inertia and misalignment in institutions, conventions and forms of collective action1. Meanwhile, we are still facing many classic threats — war, violence and terrorism produce major disruptions and instabilities while widening inequalities put increasing strains on social cohesion.

All this questions our collective capacity to deliver on global sustainability goals and to ensure a viable future for subsequent generations. Responses, so far, do not live up to the urgent and critical nature of the challenges. Impressive efforts have been made around the adoption of the United Nations' Sustainable Development Goals and the Paris climate agreement. However, dysfunctional, short-sighted policymaking in many countries is profoundly worrisome, as is foundering cooperation in international arenas such as the World Trade Organization and the European Union, and the return of anti-democratic trends. The absence of a positive and cohesive long-term vision of what we could collectively aim for is one key factor responsible for this helplessness and impotence.

That vision is the mission of a new panel convened last year, the International Panel on Social Progress (IPSP). It comprises more than 300 social-science and humanities scholars coordinated by the Fondation Maison des Sciences de l'Homme in Paris and by Princeton University in New Jersey. The IPSP is preparing a report on directions that could be taken in the twenty-first century to create better societies. We are members of the panel's steering committee, and two of us (R.K. and H.N.) are co-chairs of its scientific council. In the next few months, the IPSP will release the first draft of its report.

We call on researchers, policymakers, think tanks, companies, non-governmental organizations (NGOs) and citizens to provide us with feedback during the comment period. From August to December 2016, interested parties will be able to weigh in on the panel website, www.ipsp.org, which will host a comment platform, discussion forums and surveys. Informed by these views, we hope that the final report will reflect an open and broad international debate on 'mobilizing utopias'.

Modern science and technology have been nurtured by a fervent belief that they lead to social progress. It has become clear that the relationship is more complex. Considerable developments in the social sciences and the humanities since the Second World War have brought a much better understanding. For instance, the virtues and limitations of market economies and public interventions have been extensively scrutinized at the intersection of economics, political science, sociology and anthropology. The drivers of inequality and its possible remedies are still debated, but that discourse is now much more advanced, thanks in particular to better data.

These developments have coincided with growing specialization between and within disciplines, and an increasing awareness of the diversity of regional perspectives. This makes it impossible for a single scholar or even a small group of experts to synthesize the accumulated corpus of knowledge.

“Diversity of approaches is an asset rather than a liability.”

Creating such a synthesis that will be accessible to policymakers and social actors therefore requires a large, coordinated effort. The IPSP brings together scholars from economics, sociology, political science, law, anthropology, history, science and technology, and philosophy. The panel includes representatives from around the world, with about 40% of them women. The geographical composition of the panel is proportionally representative of national academic output, which unfortunately means that non-Western countries are under-represented relative to their populations, and many of the representatives they do have work in developed countries. The panel is split into 22 thematic chapters and five cross-cutting groups (science and technology, gender, migrations, health and social movements).

The chapters are grouped into three parts. One on socio-economic transformations examines economic growth and environmental constraints, inequalities, labour, urbanization, markets, corporations and the welfare state. The part on governance explores trends and options for democratic institutions, the rule of law, global governance, multinational organizations, violent conflicts, as well as the evolving forms of communications and media. The third part studies the sources and consequences of transformations in cultures and values, religions, families, health and education, as well as identities and social bonding.

Issues addressed include: the shift from production and consumption to well-being; the importance of urban design in shaping social relations; the transformation of the role of the welfare state; the questioning of democratic institutions in a globalized world and the contested diversification of family and sexuality.

This broad scope will make it possible, in the final report, to propose a systemic perspective on the evolution of societies in the world. Such a bird's-eye view has been largely left to the media and popular pundits, and needs to be reclaimed by the scholarly community through the mobilization of its expertise.

Members of the IPSP hope to influence various audiences and processes. The main goal is to enter into a dialogue with citizens, social actors (NGOs and think tanks) and policymakers, providing them with useful ideas that can enrich the debates, and guide actions.

Another goal is to reach researchers as well as local, national and international research organizations. The Intergovernmental Panel on Climate Change (IPCC), for instance, has galvanized research in climate science and policy through a similar contribution. The IPSP report will provide a critical review of the literature on social progress, identifying areas of consensus, controversial points and knowledge gaps. The effort will also propose innovative insights, including alternative policy narratives and ways to frame problems. For instance, the reduction of inequalities is usually discussed in terms of income tax and wealth redistribution, but can also be pursued by governance of the labour market and new revenue from environmental policy.

To reach this diverse audience, the IPSP will produce a variety of outputs. The three-volume report will bring together the work of all 22 chapters. A smaller book, written by a small team and for a general audience, will distil the main narrative and conclusions. We will also produce a policy toolkit of recommended actions for all types of actors, as well as video interviews and talks. This approach to diffusion emulates bodies such as the Organisation for Economic Co-operation and Development (OECD), which has, for instance, an interactive website for its Better Life Index (www.oecdbetterlifeindex.org).

The IPSP process may be useful to other panels. The report will make recommendations — in contrast to the IPCC, which avoids prescriptive language (although special efforts were made in its latest report to clarify the ethical issues and value judgements involved in policymaking2). To respect the diversity of views among readers and users, every IPSP recommendation will be associated with a clear acknowledgment of the underlying values and assumptions.

Can the panel have an impact on decision-makers? Unlike the IPCC, the IPSP is not a government-led institution. It is a bottom-up initiative coordinated by social scientists and scholars who are free to delineate the scope of their analysis. This independence has pros and cons.

On the plus side, the report can be more nimble and frank than those of the IPCC, say, not having to be approved by governments. We hope that such freedom will be an advantage for reaching a larger set of actors — such as NGOs, trade unions, think tanks and activists. And the consultation exercise in the second half of this year will include meetings with decision-makers such as United Nations organizations, the World Social Forum, the World Economic Forum, the OECD and the World Bank.

Yet the IPCC-style official approval processes does provide an institutional space where experts and decision-makers air their perspectives3. Without this structure, there is a risk that the report won't meet the demand of potential users. Finally, the IPSP relies entirely on the goodwill of busy scholars and their willingness to make time for this collective endeavour without any financial compensation. Many of them contribute part of their institutional budget to cover some of their costs, a remarkable proof of commitment.

Can such a diverse group produce a strong message? The goal of laying out the 'state of the art' in contested domains is not unreasonable: existing panels tackle social and economic policy issues (for example, the IPCC working groups on climate adaptation and mitigation policies), and controversies also arise around more technical subjects such as nuclear proliferation or biodiversity4. At the IPSP, we consider that disagreement requires panellists to focus on objective reviews of ongoing debates rather than seeking consensus at the cost of substance and depth. Diversity of approaches is an asset rather than a liability.

The panel is itself an experiment in whether the social sciences can, in this format, make a difference in the quest for social progress. That requires not only academic input, but also a broad, open and lively public debate. Please have your say!