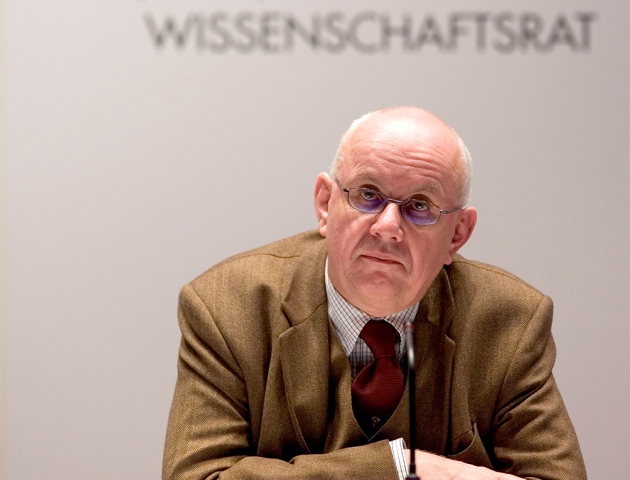 Peter Strohschneider, president of the DFG.

Germany’s latest programme to boost research at its universities and make them more competitive inter­nationally risks missing its goals, according to observers.

The Excellence Initiative was launched in 2005 with €4.6 billion (US$5.4 billion) in funding and the aim of creating a handful of elite universities. Researchers across Germany are now preparing for the programme’s next round, dubbed the Excellence Strategy, which starts in 2019.

Earlier this year, almost 200 groups of scientists submitted proposals to form Clusters of Excellence — large collaborations of research groups at one or more universities that form the core element of the strategy. And last month, an international committee invited 88 of the groups to submit full project proposals by late February. Up to 50 such clusters will from 2019 receive top-up funding of about €8 million per year for seven years.

But observers question whether the 88 selected projects represent Germany’s best science, particularly because the focus for selection has shifted away from basic science and towards applied research. Unsuccessful applicants say that the rules for submitting proposals for the initiative were not clearly defined and communicated. Several high-profile groups came away empty-handed, including biology teams in Frankfurt, Heidelberg and Munich involving dozens of scientists funded by the prestigious European Research Council.

“The Excellence Initiative has brought German science some welcome structural change,” says Dieter Imboden, a Swiss environmental physicist who chaired a 2016 review of the initiative. “But its achievements must not obscure the view of its flaws.”

The competition to form clusters should be run independently of that for elite-university status, he says. Otherwise, second-tier universities could outperform those with a much stronger overall research portfolio and gain the sought-after title, which is currently held by 11 universities.

Critics also say that the geographic spread of positively reviewed applications for future excellence clusters — across 41 universities in 13 of Germany’s 16 states — hints at a political desire to distribute the funds more evenly across the country.

But Peter Strohschneider, president of Germany’s main research-funding agency, the DFG, which runs the programme, says the selection panels chose the projects strictly on the basis of scientific quality, without any regional or political considerations. Scientists will figure strongly on the Excellence Commission, which will make the final selection in September 2018 and will also include federal and state science ministers, he says.

Until 2005, responsibility for funding universities in Germany lay exclusively with the states. The Excellence Initiative was created to allow central government to inject federal money into research, a move now guaranteed by a change to the German constitution. But many say the changes have not gone far enough.

“The initiative has quite lost sight of its goal,” says a former president of a large German university, speaking on condition of anonymity.  “Universities here remain trapped in a federal political system that is unable to create a power­house like Yale or Harvard.”