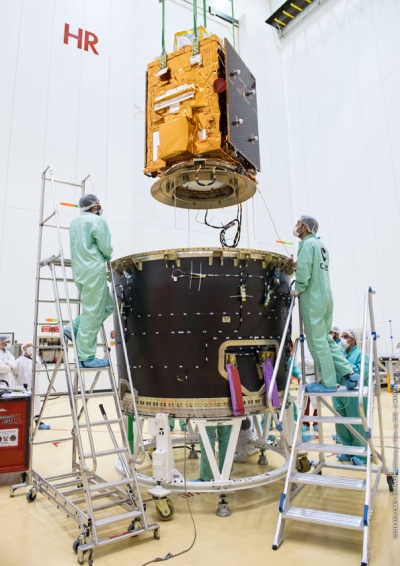 The government of Peru has not decided how and when it will make data available from its new satellite.

Peru is poised to launch its first Earth-observation satellite on 15 September. Called PerúSAT-1, it will give the small South American country one of the sharpest space-based cameras available.

Researchers are eager to use the Peru probe’s images to study forest health and monitor natural disasters, among other things. The satellite could help officials to discover illegal gold mines, roads used for logging and other incursions into Peru's forests, says Matt Finer, a researcher at the Amazon Conservation Association in Washington DC.

PerúSAT-1 will collect visible light, and will deliver images in which the pixels are as small as 70 centimetres on one side — a bit larger than a standard chess board. “The resolution is definitely world-class,” Finer says. “It’s going to be a powerful tool for the government.”

Peru is a relative newcomer to space. Its National Commission for Aerospace Research and Development (CONIDA) has launched a CubeSat and a handful of other nanosatellites built by university researchers; the success of PerúSAT-1 would represent a major advance.

Peru’s decision in 2014 to spend around US$200 million on its own state-of-the-art satellite raised eyebrows, given the availability of detailed satellite images and the developing country’s lack of experience operating spacecraft.

But some in Peru’s government would prefer that the country doesn't rely solely on satellites owned by foreign governments and companies, says Brian Zutta Salazar, a remote-sensing scientist at the Peruvian Ministry of the Environment in Lima. “In Peru, there’s definitely a desire to generate your own data.”

PerúSAT-1 will follow a Sun-synchronous orbit 695 kilometres above Earth, meaning that it will pass over a given place at the same time each day. This orbit, common for Earth-observation satellites, minimizes changes in lighting that could complicate comparisons between successive images. The satellite will provide a new image of a given position as often as every three days, although clouds and other factors could sometimes lengthen that. 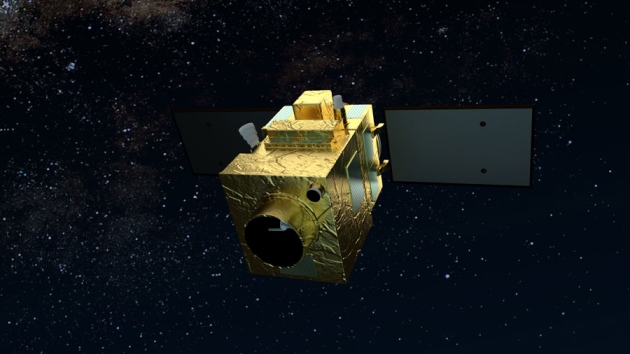 Images from PerúSAT-1 will have a resolution of 70 centimetres per pixel.

In addition to monitoring forests and tracking the aftermath of natural disasters, officials expect the satellite to aid efforts to improve border security and crack down on drug trafficking. CONIDA scientists and engineers will download and work with data at a new facility in Lima. Processing images from collection to distribution is not easy, however, and Peru’s government will be playing catch-up with NASA, the US Geological Survey and other groups who have been handling large volumes of satellite data for many years, notes Matthew Hansen, a remote-sensing scientist at the University of Maryland in College Park.

CONIDA has also not yet said publicly who will have access to the data, how quickly and at what cost — decisions that Salazar thinks the agency is probably still working out.

Still, PerúSAT-1 will catapult Peru into the lead among South American countries when it comes to Earth observation. (Brazil has launched a series of lower-resolution satellites, and Chile launched one in 2011 with a resolution of up to 1.45 metres per pixel.) Salazar predicts that the PerúSAT-1 data will find a ready audience in government, non-governmental organizations and academia. “Once it gets going, then a lot of people will really understand the usefulness,” he says.

The story has been updated with the news of the successful launch.