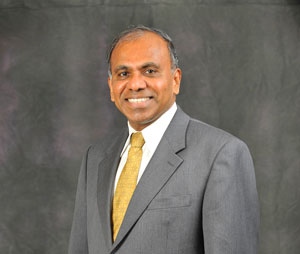 Subra Suresh will leave the NSF less than halfway through his six-year term.

The director of the US National Science Foundation (NSF), Subra Suresh, announced his resignation on 5 February in a letter to agency staff, cutting short a six-year term after less than three years. He said he would leave the basic-research agency in late March in order to become president of Carnegie Mellon University in Pittsburgh, Pennsylvania.

“In a way, I’m not surprised,” says Samuel Rankin, chair of the Coalition for National Science Funding, an advocacy group based in Washington DC. Rankin called the university job “a once in a lifetime opportunity” for Suresh.

During his brief tenure, Suresh became a champion for interdisciplinary research and international collaborations, says Rankin. In December 2012, the director kicked off Graduate Research Opportunities Worldwide (GROW), a programme to link graduate research fellows with labs around the world. And in 2011, he pushed to establish the Innovation Corps programme, which encourages scientists to develop business plans to commercialize NSF-funded research (see ‘Scientists, meet capitalists’).

But Suresh is leaving the NSF at a critical juncture, when all government agencies are facing mandatory, across-the-board cuts. On 5 February, President Barack Obama called for Congress to seek a short-term budget solution to avert the looming cuts, which on 1 March would slash the NSF budget by 5.1%. “He came here in the middle of all this budget cutting,” says Rankin. “Whoever is going to be in charge is going to have to worry about that.”

A former dean of engineering at the Massachusetts Institute of Technology in Cambridge, Suresh joined the NSF in October 2010 as the federal government began to wean itself off of a $3-billion economic stimulus package and the current budget crisis began to take shape. In his farewell missive, Suresh praised the agency’s achievements through “the turbulent times of the recent past”.

Suresh’s announcement came as a surprise to Arthur Bienenstock, a photon scientist at Stanford University in Palo Alto, California, and a member of the National Science Board, which oversees the NSF. “I had no inkling of it and I was looking forward to his continued leadership of the foundation,” he says.