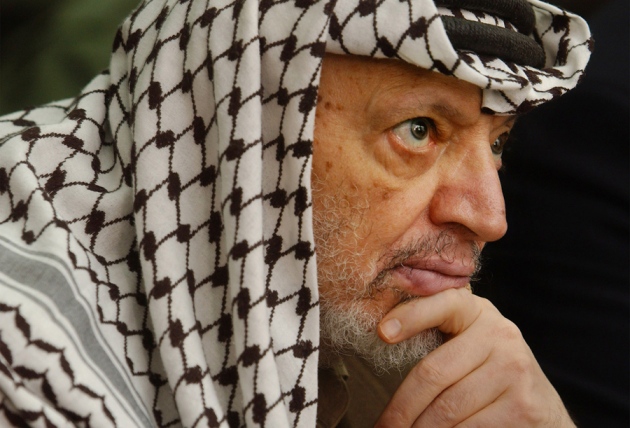 Yasser Arafat died in 2004 in what some now think were suspicious circumstances.

Tests on the exhumed body of the late Palestinian leader Yasser Arafat have found traces of the radioactive isotope polonium-210, prompting renewed claims that he was deliberately poisoned.

"The results could reasonably support the proposition that the death was the consequence of poisoning by polonium-210," says Patrice Mangin, director of the University Centre of Legal Medicine in Lausanne, Switzerland, who led the analysis.

But his lengthy report on the investigations, released yesterday (PDF), is clear that the evidence offers no firm conclusions. “I don’t think it will settle the debate,” says Patrick Regan, a nuclear physicist at the University of Surrey, UK.

Arafat died in a Paris hospital on 11 November 2004 after a month of ill health that included symptoms such as abdominal pain and vomiting. No autopsy was conducted, allowing rampant speculation about the cause of his death. In 2011, news broadcaster Al Jazeera obtained personal belongings that Arafat had used shortly before his death, including a toothbrush and clothing, and commissioned the Lausanne team to investigate.

Former KGB officer Alexander Litvinenko was killed by polonium-210 poisoning in 2006, and the case inspired the Lausanne team to hunt for the same isotope in Arafat’s effects. Polonium-210 emits α-particles that rip cells apart like a wrecking ball, destroying a person’s immune system and causing catastrophic organ failure.

To their surprise, the researchers found polonium-2101. A piece of Arafat’s underwear stained with urine had a radioactivity of 181 millibecquerels, almost 100 times higher than normal background levels (see ‘Was Yasser Arafat killed by polonium?’). This prompted a French murder investigation, and his body was exhumed on 27 November 2012. Investigators took samples from his bones, burial shroud and the soil from around the grave.

Mangin's team scoured the samples for the characteristic energy signature of polonium-210’s α-particles. But they also measured other isotopes that would reveal whether that polonium-210 was from a natural or a synthetic source.

Naturally occurring radon-222 decays to give a long chain of daughter products, including lead-210 and subsequently polonium-210, which our bodies contain in trace amounts. Roughly two years after death, those isotopes would normally reach equilibrium, so that they emit the same amounts of radiation. But synthetic polonium-210 is made by irradiating bismuth-209 with neutrons, and should contain no lead-210. If Arafat had been poisoned, “a significant enhancement of polonium-210 compared to lead-210 would be a smoking gun”, says Regan.

The results were mixed. Some samples showed unusually high levels of the isotopes — but in many cases their radioactivity was fairly evenly matched. Some even had much more lead-210 than polonium-210, suggesting that the isotopes had been extracted from bone samples at different rates, further muddying the data. There is certainly no smoking gun in the report, says Regan.

One explanation for the matching isotope ratios could be that Arafat was given a dose of polonium-210 contaminated with lead-210. Although most of the polonium would have decayed by now, lead-210 has a half-life of 22 years, so its radioactivity would barely have declined since Arafat's death. The Lausanne scientists tested a commercial sample, and found that it did contain enough lead-210 to account for the high levels in Araft's tissues. “It’s a plausible hypothesis,” says Regan.

They also saw elevated levels of a polonium-210 decay product, lead-206, in some samples, providing further evidence that Arafat died with high levels of polonium-210 in his body. Although the analysis cannot prove foul play, "one doesn't absorb by accident, or voluntarily, a source of polonium", says François Bochud, a colleague of Mangin's and co-author of the report. "From the moment one considers that the polonium was introduced artificially in the organism, that necessarily implies the intervention of a third party.”

Others are less certain. Polonium-210 has a half-life of 138 days, so any radioactivity measured by the team would have been a million times lower than in 2004. “After so many half-lives, you can’t reliably say how much polonium was there eight years ago, there’s too much background interference,” says Kai Vetter, head of applied nuclear physics at the Lawrence Berkeley National Laboratory in California. Vetter suggests that the team should survey other commercial polonium samples to back up their lead-contamination hypothesis, and re-check the methods they used to extract the isotopes from tissue for systematic errors.

Meanwhile, two other teams, in France and Russia, have received tissue samples, but have yet to report their results. Until then, says Vetter, the Lausanne analysis simply raises more questions about Arafat’s mysterious death.