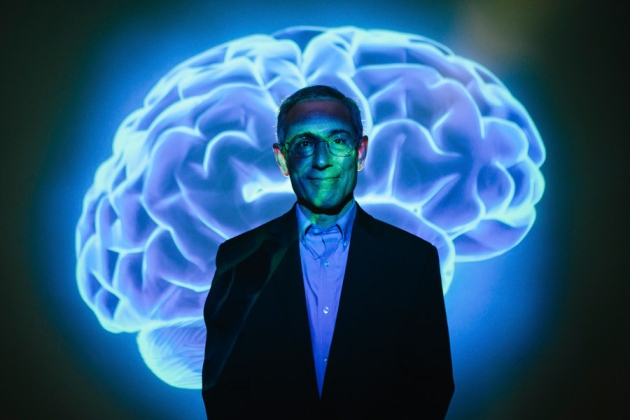 Thomas Insel, the director of the US National Institute of Mental Health (NIMH), has had enough of shooting in the dark. He thinks that if a clinical trial of a psychiatric therapy fails, scientists should at least learn something about the brain along the way.

Now Insel is translating that belief into action: the NIMH, based in Bethesda, Maryland, has decided to stop funding clinical trials that aim merely to ease patients’ symptoms. “Future trials will follow an experimental medicine approach in which interventions serve not only as potential treatments, but as probes to generate information about the mechanisms underlying a disorder”, he wrote in a 27 February blog post announcing the move. This funding switch, which will affect grants due to be made in a few months’ time, intensifies the NIMH’s apparent shift in emphasis from abstract psychiatry to the neurobiological roots of disease.

“It’s a totally new departure for us,” says Bruce Cuthbert, a clinical psychologist and director of the institute’s adult translational-research division. Insel notes that the NIMH spent about US$100 million on clinical trials in 2013, and says that more than half of recipient projects received funding without any requirement to examine the biological processes involved in a disease. In many cases, “if you get a negative result you have no idea why, and you have to try something else at random”, Cuthbert says. “It’s an incredible waste of money.”

The new rules, which will apply to the grant cycle that begins in June, also seek to increase transparency by requiring faster online registration of trials and stricter guidelines for reporting results. Insel acknowledges that researchers may have to rework their studies to satisfy the new guidelines. “I think this will be really unpopular,” he says.

History shows that Insel is not daunted by controversy. In April 2013, he raised eyebrows when he announced that the NIMH would stop using the Diagnostic and Statistical Manual of Mental Disorders 5 (DSM-5), the latest version of the American Psychiatric Association’s diagnostic guide, to classify mental disorders (see Nature http://doi.org/rvd; 2013). The book’s definitions tend to lump patients together by symptoms, which often do not precisely map to what is wrong with their brains, he says. With this haphazard approach to trials, even if symptoms are alleviated, researchers still may not understand what caused them. “We’ve studied drugs, not disorders — if you throw something at the wall, and P is less than 0.05, you win,” he says. Such thinking, he adds, wastes time and money.

Michael First, a psychiatrist at Columbia University in New York, says that targeting the wrong patient groups can also make therapies seem less effective than they really are. A treatment that helps a tiny fraction of people with a DSM diagnosis of depression, for example, might be highly effective for all people with a more specific trait, such as the inability to enjoy life. Beginning a trial with an idea about a treatment’s mechanism may allow researchers to quickly determine whether to expand or end the testing, First says. That could help to tempt drug companies to develop new classes of drugs for mental illnesses — an endeavour that many have abandoned after decades of failed research.

But Harold Pincus, a psychiatrist also at Columbia University, cautions that the data-driven approach is not a sure thing. Focusing trials on more specific biological targets will require researchers to think very carefully about how they recruit and classify their research subjects. Neuroscientist Michael Owen of Cardiff University, UK, concurs. “It’s a pretty scary prospect for everyone if you throw away the diagnostic rule book,” he says.

Others are strongly opposed to the NIMH’s new approach. Psychiatrist Allen Frances, an emeritus professor at Duke University in Durham, North Carolina, worries that an emphasis on brain science comes at patients’ expense. “Don’t bet everything you have on something so difficult,” he says. “We have a shameful problem of neglect of existing patients and an empty promissory note to the future that science will solve everything.” Understanding the workings of the brain is, of course, a fine goal, he says, but “it will be decades and decades before anyone will be helped by this research”.

Insel maintains that the NIMH wants the trials it funds to continue to ameliorate patients’ symptoms, but to probe how their brains work at the same time. His emphasis on biological mechanisms is not unique at the US National Institutes of Health, the NIMH’s parent agency: the National Institute of Neurological Disorders and Stroke in Bethesda is increasingly aiming therapies at specific targets in the brain rather than abstract constellations of symptoms. “We’ve all been burnt badly by treating the brain as a black box,” says that agency’s deputy director, neurologist Walter Koroshetz.

The difference, Koroshetz adds, is that a great deal is already known about how neurological disorders such as Parkinson’s disease work, and that allows scientists to focus on other challenges, such as adapting drugs that work in animals to work in humans. Psychiatry has a long way to go before it will have such accurate targets. “I feel bad for them,” Koroshetz says.