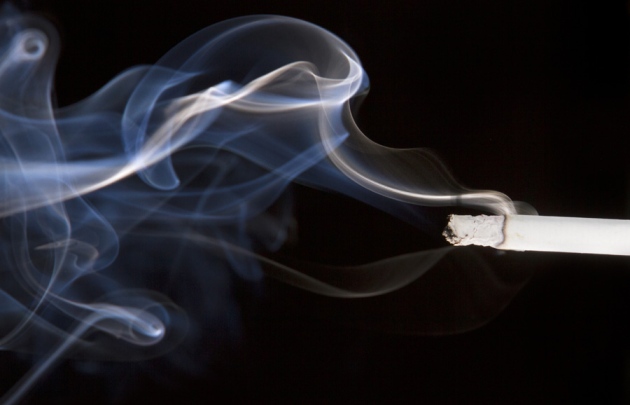 Exposure to nicotine in the womb increases the production of brain cells that stimulate appetite, leading to overconsumption of nicotine, alcohol and fatty foods in later life, according to a new study in rats.

Smoking during pregnancy is known to alter fetal brain development and increase the risk of premature birth, low birth weight and miscarriage. Prenatal exposure to nicotine also increases the likelihood of tobacco use and nicotine addiction in later life, but exactly how is unclear.

To understand the mechanisms behind this effect, Sarah Leibowitz, a behavioural neurobiologist at the Rockefeller University in New York, and her colleagues injected pregnant rats with small doses of nicotine — which the researchers say are comparable to the amount a pregnant woman would get from smoking one cigarette a day — and then examined the brains and behaviour of the offspring.

In a paper published today in Journal of Neuroscience1, they found that nicotine increased the production of specific types of neurons in the amygdala and hypothalamus. These cells produce orexin, enkephalin and melanin-concentrating hormone, neuropeptides that stimulate appetite and increase food intake.

Rats exposed to nicotine in the womb had more of these cells and produced more of the neuropeptides than those that were not, and this had long-term consequences on their behaviour. As adolescents, they not only self-administered more nicotine, but also ate more fat-rich food and drank more alcohol.

“These peptide systems stimulate food intake,” says Leibowitz, “but we found that they similarly increase the consumption of drugs and stimulate the brain’s reward mechanisms that promote addiction and substance abuse.” 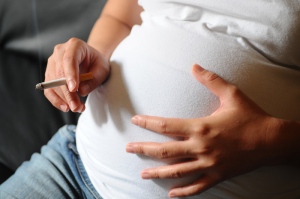 The researchers say the doses in their rat experiments might be comparable to a pregnant woman smoking just one cigarette a day.

Leibowitz notes that children whose mothers smoked during pregnancy are more likely to smoke themselves during adolescence and adulthood. Her team's findings suggest a possible mechanism for that.

The use of nicotine patches or e-cigarettes during pregnancy could have a similar effect. “Whether given subcutaneously, as in our study, or via smoking or patches, the same amount of nicotine would still get into the brain to affect neuronal development and function,” Leibowitz says.

The results highlight the toxic effects of nicotine exposure on brain development, says George Koob, a neurobiologist at the Scripps Research Institute in La Jolla, California. He also adds that the study casts new light on the role of these neuropeptides in reward and motivation.

In earlier work, Leibowitz and her colleagues showed that rats exposed to fat and alcohol in the womb likewise overconsume these substances as adolescents. “Our studies make it very clear that neuronal development in utero is highly sensitive to these substances,” she says, “with each promoting their overconsumption and addictive-like behaviour in the offspring.”

She and her collaborators are now comparing the effects of nicotine, fat and alcohol to learn more about how this promotion occurs. They are also exploring ways to reverse the effects of prenatal exposure to these substances, thus preventing their overconsumption in later life, which could lead to addiction and obesity.