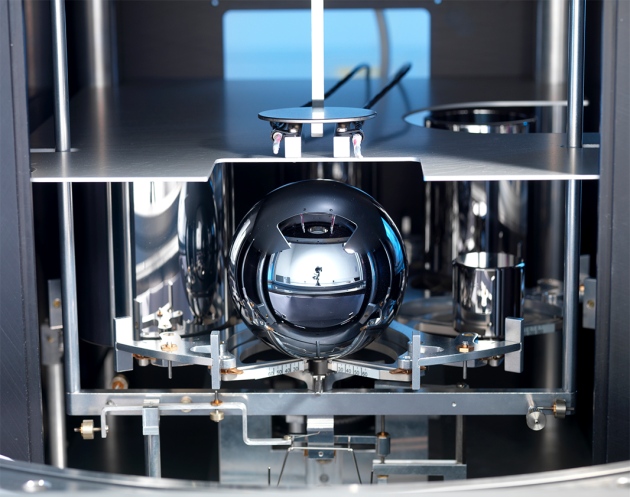 A sphere of pure silicon can be used to define a unit of measurement known as a mole.

Revamped definitions of scientific units are on their way. In the biggest overhaul of the international system of units (SI) since its inception in 1960, a committee is set to redefine four basic units — the ampere, the kilogram, the kelvin and the mole — using relationships to fundamental constants, rather than abstract or arbitrary definitions. The International Bureau of Weights and Measures is reviewing the plans at a meeting near Paris from 16 to 20 October. Its recommendations will then go before the General Conference on Weights and Measures, which oversees the SI system, in November 2018. The changes would take effect in May 2019.

The kilogram is currently defined as the mass of a chunk of metal in a vault in Paris. And an imaginary experiment involving the force between two infinite wires defines the ampere, the unit of electrical current. The mole, meanwhile, is the amount of substance in a system with as many elementary entities as there are atoms in 0.012 kilograms of carbon-12, while the kelvin relates to the temperature and pressure at which water, ice and water vapour co-exist in equilibrium, known as the triple point of water. In the future, these units will be calculated in relation to constants — for example, the ampere will be based on the charge of an electron.

Redefinition might not affect everyday measurements, but it will enable scientists working at the highest level of precision to do so in multiple ways, at any place or time and on any scale, without losing accuracy. 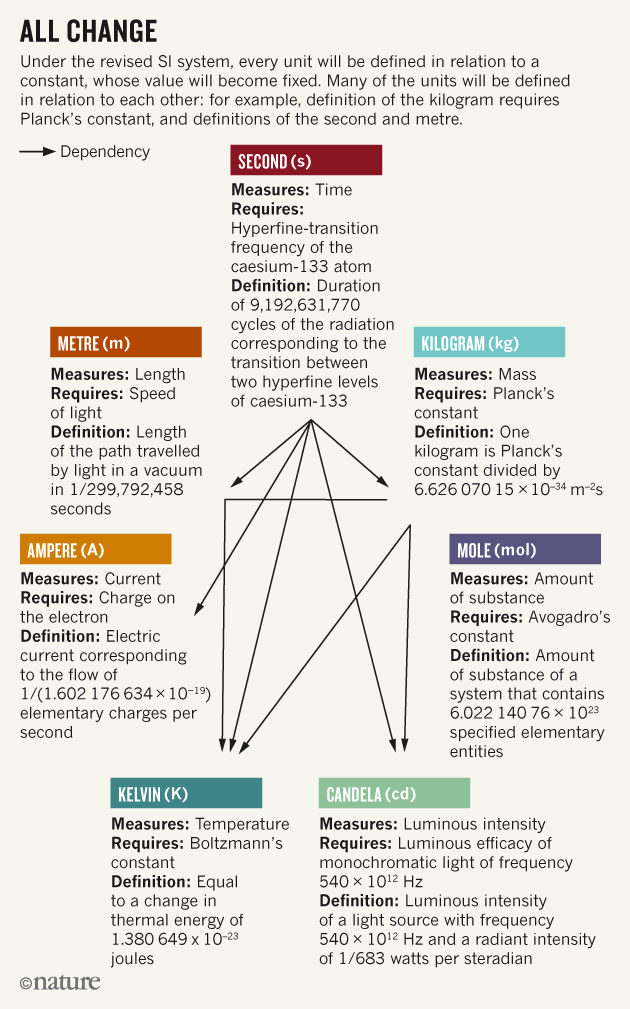 For measurements on conventional scales, existing definitions of SI units suffice. But they are poor tools for modern science at the extremes. And basing units on specific points or materials can be troublesome and inelegant, say metrologists. 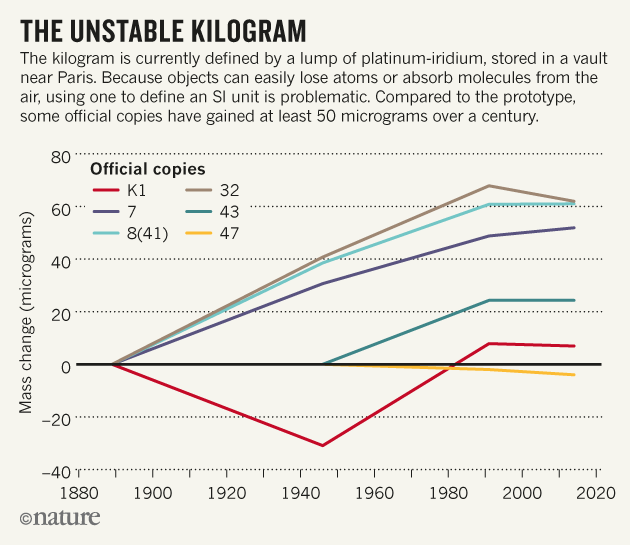 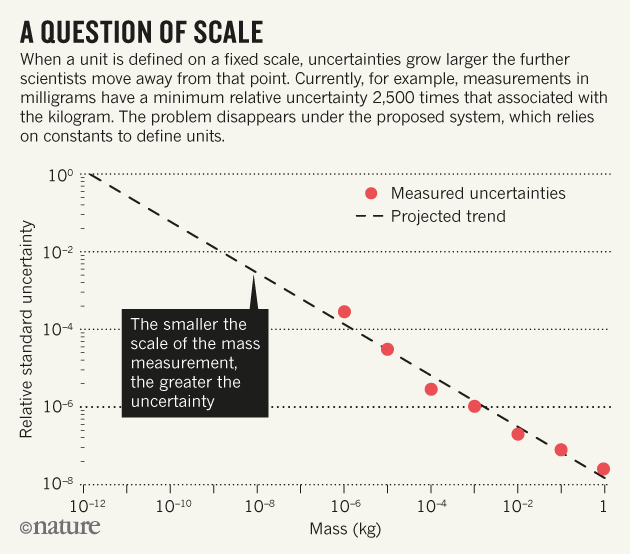 Under the revamped SI system, researchers will be able to use various experiments to relate constants to each of the units measured. 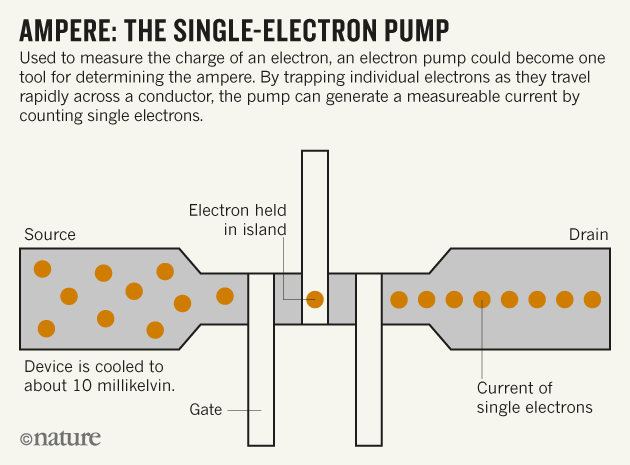 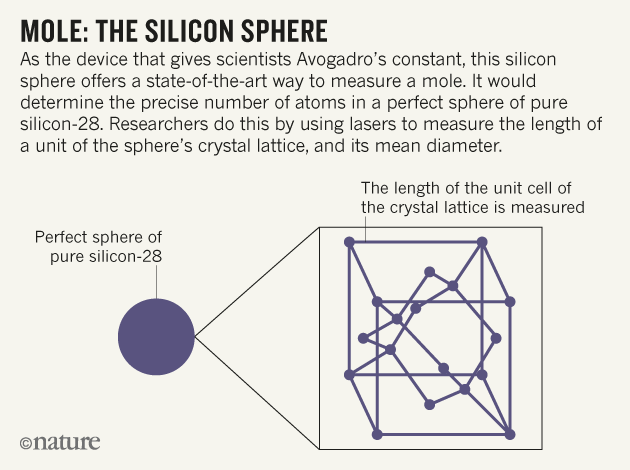 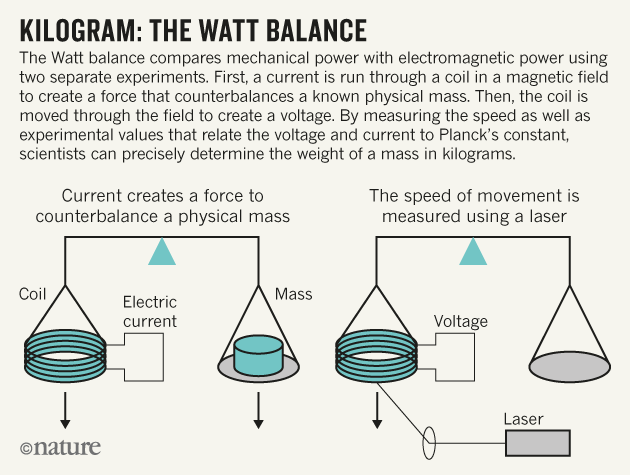 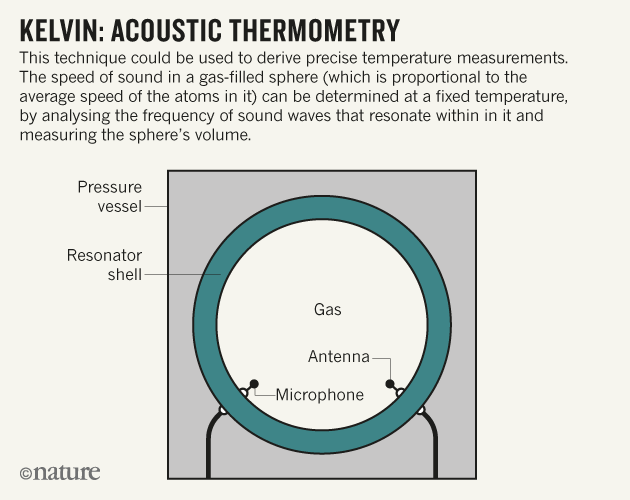 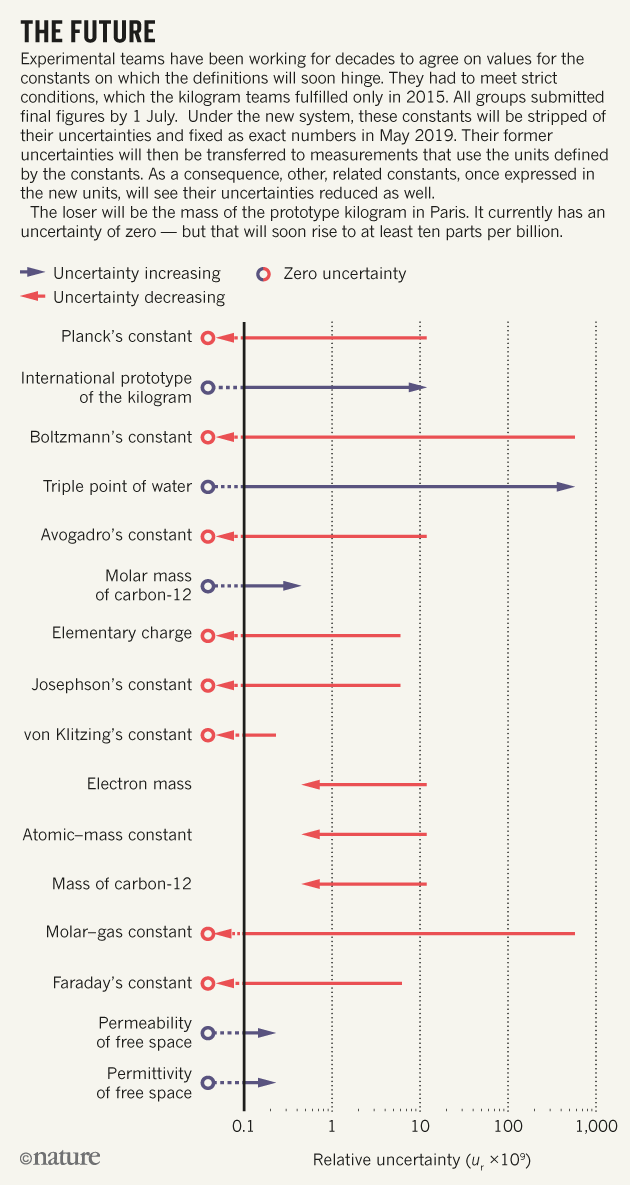 The graphic ‘All change’ has been updated to replace draft numbers for the definitions with final ones.