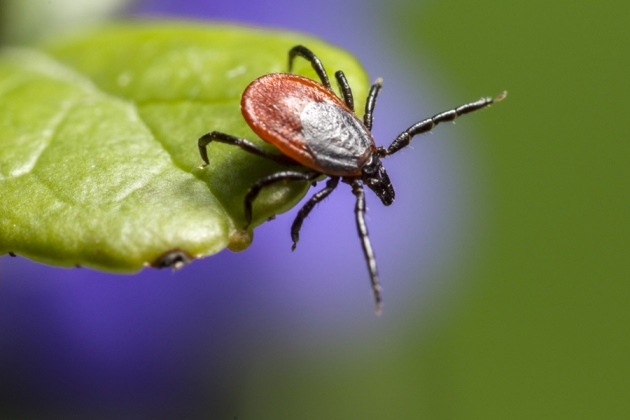 The castor bean tick or sheep tick, Ixodes ricinus, can carry bacteria that cause Lyme disease.

Tick-borne Lyme disease in the U.S. has long been thought to be caused by a single microbe, a spiral-shaped bacterium called Borrelia burgdorferi. Last week this notion was challenged when a team led by scientists at the Mayo Clinic discovered that Lyme could be caused, albeit rarely, by a different bacterial species that may incite more serious symptoms ranging from vomiting to neurological issues.

Scientists working in the contentious field of Lyme disagree, however, as to what this information means for public health and if these findings are truly the first of their kind. For years, they say, research has pointed to the notion that the spirochete that causes Lyme disease in the U.S. is more heterogeneous than many have acknowledged.

In the new study, recently published in The Lancet Infectious Diseases, Mayo Clinic pathologist and laboratory doctor Bobbi Pritt and her colleagues tested more than 100,500 clinical specimens, such as blood, cerebrospinal fluid and tissue, collected from U.S. patients with suspected Lyme disease between 2003 and 2014. Using a special molecular biology technique called PCR that can identify genetic differences among bacterial strains, they found that six of the samples—collected from patients between 2012 and 2014 in Wisconsin, Minnesota and North Dakota—contained DNA suggestive of a new species. They isolated some of these live bacteria and analyzed parts of their genetic sequence, confirming that the microbe has, in fact, never been documented before. The researchers propose to name the new species Borrelia mayonii.

Whereas these findings have been touted as the first evidence that bacteria other than B. burgdorferi can cause Lyme in the U.S., “other Borrelia species have [in the past] been implicated,” says Richard Ostfeld, a disease ecologist at the Cary Institute of Ecosystem Studies. For example, in 2011 researchers led by Yvette Girard, a medical entomologist at the University of California, Berkeley, found DNA close in sequence to a spirochete called Borrelia bissettii, which has been implicated in Lyme disease in Europe, in three California individuals. Kerry Clark, a tick-borne disease ecologist and epidemiologist at the University of North Florida, and his colleagues also found B. bissettii DNA in an individual from the U.S. Southeast, and they identified the DNA of two other Borrelia species in a handful of Florida and Georgia individuals with Lyme-like symptoms.

Clark, for one, is troubled that the new paper did not mention any of these previous findings. “I find it unprofessional, and unethical, to not give proper scientific credit to these other researchers,” he says.

According to Pritt, the previous work that linked Lyme disease to the bacterial DNA of other Borrelia species does not prove that theseBorrelia caused infections: One has to show that the bacteria are “alive or responsible for the patient’s symptoms,” she says. It’s theoretically possible, she notes, for ticks to insert parts of bacteria into their hosts, which may not cause any problems. (Clark and his team have, however, just published a paper in which they grew live B. bissettii isolated from a patient who had been treated for Lyme.) Pritt’s team did show that the bacteria they found were whole and alive but they have not yet proved that they caused the observed symptoms. “Those definitive studies have not yet been done,” she says.

Yet many scientists argue that it is next to impossible to isolate and grow B. burgdorferi from blood because they do not tend to linger there and they grow slowly. “We can very rarely culture them in untreated people with acute Lyme disease, where you should be able to culture them,” explains infectious disease physician and researcher John Aucott, who directs the Johns Hopkins Lyme Disease Clinical Research Center. The spirochete that causes syphilis, which is similar, was discovered in 1905 and is still virtually impossible to grow in the lab. (One exception to this culturing problem seems to be B. mayonii, which proliferates in blood for as yet unknown reasons and could in part explain why the Mayo Clinic researchers were able to isolate and grow them so easily.)

Lyme-causing bacteria are complex for another reason: Even within a single species of Borrelia, diversity flourishes. Contrary to what has long been believed, B. burgdorferi can genetically recombine to create different strains that behave dissimilarly inside the human body. Some strains seem more likely to remain in the skin whereas others are more likely to invade the nervous system or heart. Some strains are also more commonly found in certain parts of the country. “When I started out and we identified a tick as having Borrelia burgdorferi, we thought that was the gold standard—aha!—but now we are not thinking that way,” says Robert Lane, a medical entomologist at the University of California at Berkeley. “We have to go within the species itself and break it down further, according to strains or genotypes or alleles. As we learn more, it gets more complicated over time to disentangle the transmission cycles in nature and also what’s going on in the human body after exposure to a given spirochete.”

Could some of these differences explain why Lyme patients report diverse symptoms and treatment outcomes? Weigang Qiu, a biologist who studies Borrelia genetics at Hunter College in New York City, says no one yet knows. “This is the most important question, but we haven’t found a definitive answer yet,” he says. B. mayonii, though, seems to cause strange and serious symptoms: Some patients experienced nausea and vomiting and had diffuse and spotty rashes that were drastically different from the typical Lyme bulls-eye rash. Half displayed neurological problems and one third were hospitalized.

All these scientific challenges could help explain why there are so many rifts within the Lyme research community. The organism is difficult to study and genetically diverse, and its ecology—the complicated and intricate dance that takes place between the ticks, their spirochetes and their numerous animal and human hosts—is immensely difficult to track and understand. “To me, the underlying biology that paves the way for controversy and vastly different perspectives is all a function of the amazing complexity and sophistication of Borrelia,” Ostfeld says. Adding to the problem, scientists bring to the field different backgrounds, methodologies, standards of evidence and preconceptions.

The new bacterium could complicate the diagnosis of Lyme, too, which has long been a contentious issue. Even with B. burgdorferi–caused Lyme, government-recommended diagnostic tests do not typically work in the first four weeks of infection; blood antibody levels are too low. (Three of the six patients who had B. mayonii in the Mayo Clinic study would have failed the standard Lyme tests based on their antibody results.)

Because of these difficulties, physicians diagnosing Lyme in its early stages are supposed to rely entirely on clinical cues such as the characteristic bulls-eye rash, fever, aches and fatigue. But what if a patient is vomiting and has a spotty rash? “People may not think of a tick-borne disease with that,” Aucott says, so cases of B. mayonii may go undiagnosed and untreated. (B. burgdorferi–caused Lyme disease, he adds, does not always cause a bulls-eye rash either.) Pritt and her colleagues recommend that physicians use their PCR (polymerase chain reaction) test to diagnose B. mayonii early on, as these bacteria, unlike B. burgdorferi, proliferate readily in blood. But Aucott points out that these tests require physicians to send samples to the Mayo Clinic, and “that just may not happen.”

According to the study, only six Americans since 2012 have been infected with B. mayonii. Looking at its evolutionary tree, the spirochete is probably not a new organism, Qiu and Ostfeld say; it has likely been lurking in small numbers in the environment for a long time, and may stay that way. Or it may become more common and spread geographically as other tick-borne diseases have done in recent years, thanks to various ecological factors. Although many questions remain, one thing does seem clear about the new finding: It is yet another paper to add to the pile suggesting that Lyme is not always a simple or straightforward beast. “It’s really not,” Lane says. “I can state that unequivocally.”